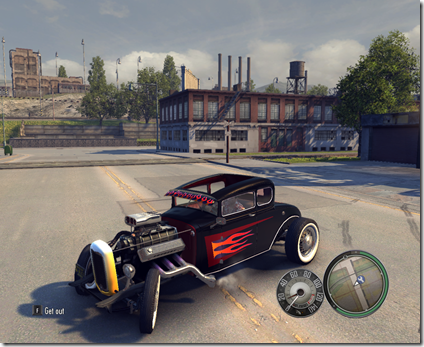 This is actually a Smith car. I have seen only one and touched it. Dan Doughton, a friend knew a man who owned one, I went to see it. A Smith car, an innovator..

Out of the many folk I have met, ‘few’ are real innovators. Most are like me, give me an idea and I might improve on it. Once or twice I have come up with something I would call original when I was building. Jim Walters was considered a joke when I was growing up. BUT as I looked back at his innovations in building, he was super smart. For you that do not know about walls, when I first got into building, we put up one stud at a time. Jim taught the industry to build the whole wall on the floor then raise it up. Saved many mans hours. That was only one of his ideas.

Now in cooking. I think we have folks that comment on this blog who actually come up with some NEW recipes (Since my epiphany). I have become a pretty good cook, but I copy recipes and add or take away. I have heard DAR, MEL & Cher say, I cooked something but added some extra touches to make it my meal. I have a problem of making something good, but never able to recreate it. LOL.

I saw these neat things: 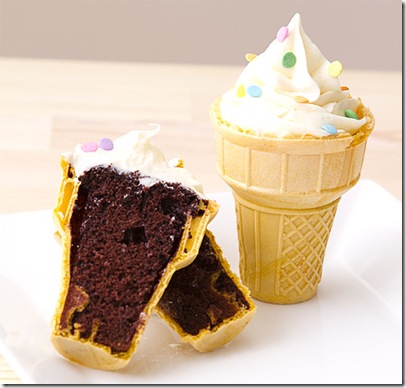 Brownies baked in ice cream cones then adding the topping.

Then these little cups for fruit or pudding.. 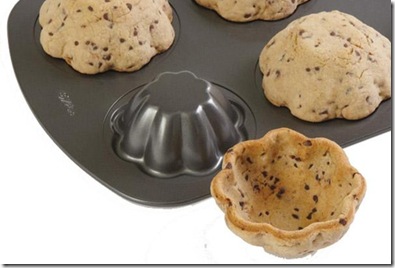 See, I wish I had thunk of that! Upside down baking!

Sometimes when I am cooking a soup, I will add an apple. I don’t think anyone knows, but it adds nutrients. I will also add a squirt of mustard (mustard must be good for something). I always add some tomato ketchup to my tomato soup because I read it has more (??? something) than regular tomatoes. I add garlic & a little olive oil to everything, since I heard those things helped you live forever. Shucks, I even drink a swig of the olive oil ( Sherry says, YUK!).OH, I always cook with onions, they must be good for something too.

I am a pressure cooking nut, we buy the el-cheapo 10lb bags of leg/thigh quarters. I skin,em and place 4 in the pot with a tbsp of Garlic and a big dash of Mrs. Dash, then stick two carrots and/or two potatoes.(If I don’t do the potatoes I fix rice using Chic Broth instead of water),

After it is done I thicken the broth for gravy. I strip 2 of the quarters from the bone and save for the next days open face sandwiches. There is enough gravy for both meals. I like green peas and jellied cranberry sauce with the chicken.

Glad you came this way, I hope to write about something tomorrow.

Do not seek to follow in the footsteps of the men of old; seek what they sought. 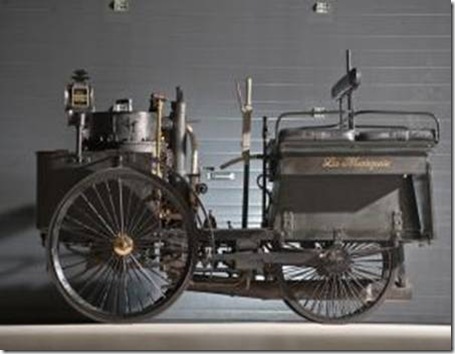 This is the oldest Car in the world. It recently sold for over 4 million I think. 1884 de deon.

Now that is neat, but I wouldn’t want one except to sell it and buy me a MG hill climber.

LoL, Jack...cooking and you just naturally came together, right? I've always said, "I can cook anything I want to cook." My secret is I don't want to cook much of anything. ☻ As for the $4 mil car - I'm with you. Sell it and buy me a mule! Great read. Keep this stuff coming.

I thought I could bake pretty good. I usually
bake a Blackberry Wine Cake for Christmas.
Bake two and they both failed. I was told is was because of the weather we were having very high humidity. I guess that is true a Friend in Texas bake three and they all failed. I alvaged a few slices. I may dry one more time
when weather is dry.

Garlic is good for you but you have less friends. LOL

When my children were little we often had those ice cream cones filled with cake batter and frosted. They did love them for sure. Your chicken dish does sound wonderful. I have had a pressure cooker for years, but retired it sometime back to the basement...maybe I should go dig it out. Still and all most of the time it is only me here to eat it all! I do love to cook and enjoy doing it when I have company or when I'm camping...there are always plenty of folks to share it with then.

I seldom follow a recipe. Sometimes if it is candy or something I seldom make I do. I am kind of like you, just throw some things together in a pot and it is usually good. Spunky now thinks he is going to get Turkey or ham every time I go to the kitchen. We have had turkey, turkey salad for sandwiches, sliced turkey for sandwiches, turkey casserole and now it is gone. Now the ham is next on thinking up some things. Going to try ham salad. Have to put it in a small food chopper but it will be good.

With this year close to its end, a nice way to start the new one indeed. Wishing you all only happy filling and sweet a taste.

My friend Paula got kicked off the comments for some reason. I am here to see why. Cannot see a reason yet. Paula is one of the best, I wouldn't do that to her. I will check further.

Could it have been about her Huzzy doll?

I did not know Jim Walters was the one who thought up making a wall as a unit! Now that's smart, made it a whole lot easier for Don and I when WE built our little house in the woods! Like the brownie in a cone idea...I've used the apple in the soup...onions (and I think garlic too) are meant to be good for the circulatory system! Have a Happy New Year jack69 and family!

Cooking up a storm, I see, and you're darn good at it. Just look at how healthy you and Sherry are! BlessYourHearts. Bill wanted pancakes for breakfast this morning, so apples were added. They sure hit the spot with leftover ham and that homemade pure maple syrup, fresh-brewed hot coffee. He's looking for a heap of spigots or taps, getting ready to tap more trees, come mid-spring. Ya'll want some pure amber syrup? Come, gityasum. Will barter for your soup.
BlessYourNewYearHearts

You and Sherry have the best New Year ever.
I was just wondering if you and Sherry could do the same as you suggested Joe and I might be doing. If I was a bettor I would say highly unlikely.

I'm very fond of my pressure cookers. I even converted my professional chef friend to this method.