For a good bit of this winter our Sunday morning has started at a McDonalds near the North end of the Florida Turnpike (aka Florida's Main Street). I find a seat, and Sherry picks up our customary one biscuit, two jellies and two coffees. 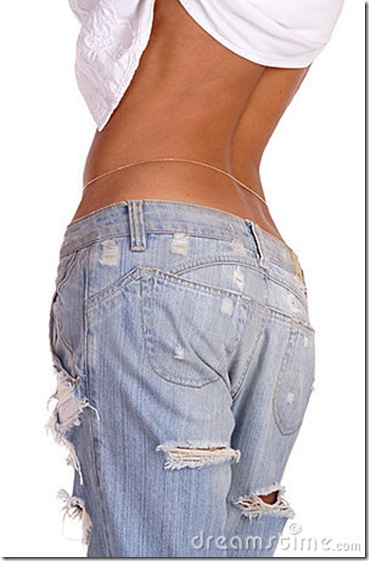 I have time to observe the folks coming and going. Today it is raining.    Most sites are entertaining. A young couple  obviously in love (or heat), sat at a center table and as they ate he had his hand and fingers in and out of all the holes in her jeans, playing with her legs.  (idea: get some ragged jeans for Sherry!) 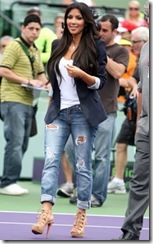 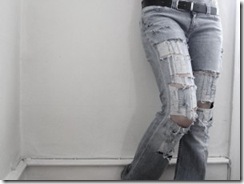 McDonalds is a public rest room also. Many folk come in & head straight for the toilets. Today a cute young lady came in wearing white short shorts and black furry boots. Took her young son to the toilet and then left. I have done that a few time but mostly I feel obligated to buy something, and I NEVER have on white shorts and fur boots.

I got a big internal smile when a young man came in in bright blue shorts, bright orange shirt, blue hat on sideways and a big plastic orange watch.

One daddy came in got his order to go, ran out the door in the rain. Seconds later he is running back, he forgot the napkins and straws, (obviously, mama sent him back,  if it had been just boys, they’d wiped their hands on their jeans and drank from the cup!).

As I said earlier most of the observations are fun and entertaining, BUT there can be exceptions. One old man, as old as I, got up from the table, took his coffee and walked out the door, leaving his elderly wife. She slowly got up, really bent over and started hobbling for the door, carrying her coffee. Then I see the old man coming back, I figure maybe bringing an umbrella, I had judged him wrong.

He walked in, met her about ten feet from the door, where she had stopped to lean on a table. He took her coffee, turned around and left, he went back to the car. There he sat, waiting until she made her way slowly across the parking lot in the rain.

I sat there like an idiot, I thought (too late) about getting the umbrella and helping her. She was soaked by the time she got to the car. That action ruined my people watching. What a crap head!

PS: (that old man reminded me of an old saying I have heard)

Everyone has an enemy. It's why God gave us baseball bats. Well, He gave us trees, but we knew what He meant. 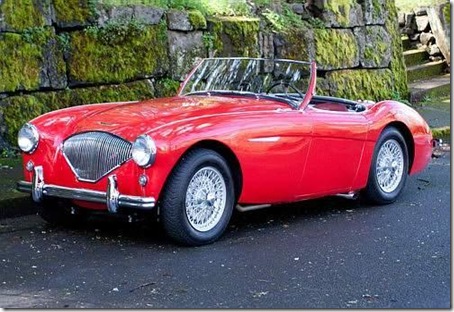 You gotta admit this 1956 Austin Healey looks like a fun car.

Yes people watching can be fun til one makes you mad. That guy better be glad he wasn't married to me. He'd have to wonder how the potties got so clean and why his tooth brush got so dirty. Oops wait. God gets to do the pay back. I forget sometimes. Lol

Yes people watching can be fun til one makes you mad. That guy better be glad he wasn't married to me. He'd have to wonder how the potties got so clean and why his tooth brush got so dirty. Oops wait. God gets to do the pay back. I forget sometimes. Lol

If you would have tried to help he sounds like the type that would have yelled take care of your own business.

That is awful when we get old and
not help each other. He has probably been like that all his
life. Thumbs down on him, old fart.
Excuse the word but it fits.

Austin Healey...I'm sure the ex had one of those at some time or other!

holes in jeans...interesting how sexy that is! I mean we used to think people with holes in their clothes were to be pitied cause they were probably poor and now it's a turn on (and the jeans probably cost a small fortune)!

The old man...well who knows...dementia...coffee fetish...forgot he had a bent up old female who needed help out to the car?

I like to people watch too, but sometimes it does get upsetting seeing what does go on in public anymore. I like to watch the people in church. Old and young and in between. They wear those holey jeans there too. We are warmer today and it's sunny but the March winds are already blowing here. I got out for a walk and felt like I did double duty pushing the wind. I was going to sit outside a bit but the wind got to me so I came inside. What a relief.

I love to people watch. You can see some sights. Maybe the lady wanted to make it to the car in her own time. Who knows what the story is there. Yes those raggedy jeans just amaze me everytime I see them.

I love to people watch. You can see some sights. Maybe the lady wanted to make it to the car in her own time. Who knows what the story is there. Yes those raggedy jeans just amaze me everytime I see them.

Whoops how did I do that twice? lol

You know, I don't people watch very much. I did see one very sad case when I went to Dr. Gobbo this month their was a boy, Maybe 12 or 13 sitting in a chair and I at first thought he was slumping. He was not. He was so heavy his body was just huge. He was in the chair completly, but so big he was just a mound.His mother was with him overweight but not quite obese. I just felt so bad for him.

She needed an umbrella to crack across his head. Helen

I have jeans almost exactly like those but I don't wear them on my blog :-).

Yes, the guy probably was a knuckle-head...but then again...she may have told him a dozen times already - "I don't need your help. It makes me feel helpless." Or who knows what? Those things do happen too often where people display their passion in public. I've been accused of that a few times in earlier years. haha!

Jack, you kill me. I figure you will be watching for some of those torn jeans for Sherry alright, you dog you. And to think kids pay big money for the air-conditioning. lol I have a pair, so I shouldn't talk. Bill hasn't figured out what those holes are for yet. Maybe after he retires. Actually, he's more like the fella leaving his gal in the rain.
That Austin Healy sure brought back memories. Used to have one...it rode so low to the ground, it is not pretty when it hits a skunk.
BlessYourSweetHearts SendWarmSunshinePlease

I have shrunk in my later years and I have a pair of jeans that are ragged at the bottom, just because they are too long! But they are so comfortablethat sometimes I wear them. As for that old man... I wouldn't have anything to do with him. My men, the ones I know are real gentlemen.

So that's why you wear those holey jeans ~ I got to get me a pair of those!! I liked Sonya's response to this post:) - I would have a hard time too watching that scenario play out.

Crap Head is gentler than my reaction as I read this.

WHAT a jerk that guy was. What goes around comes around. One day he'll get stuck in the rain without an umbrella.