They were called ‘Bottling Companies!’

One of the thrills of my boyhood, was walking down past the NEHI plant in Albemarle, NC. NEHI bottled RC, orange and grape sodas. (or dopes as we called them). I have no idea why, other than they say Coca Cola had coke in it at one time. Boys would say, ‘get your bike and let’s go get a dope’. Popular drinks were Coke, Pepsi, RC, Dr. Pepper and Double Cola. 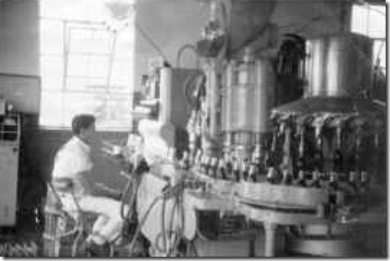 Anyway the folks who worked at NEHI were nice. In the front window was a conveyor that took every drink by a man sitting, with a bright light opposite him,  looking thru the drinks. Any drink having too much or not enough, was pulled and placed in a rack beside him. we were allowed to take any of the drinks, pop the top and drink it there. We could not carry them off. There was usually a choice, RC, orange, grape, root beer or Dr. Pepper. They were all warm, but boys don’t care, they were free. 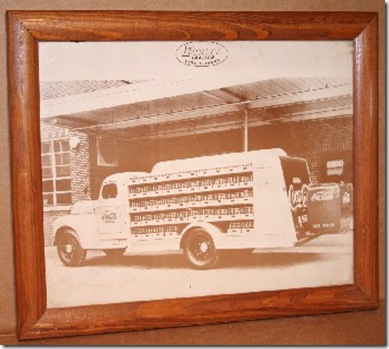 I guess we can never go back to that, but it sure saved the land fills. You could earn money walking the roads and picking up bottles, you got a penny for every bottle (later it was 2 cents). Looking back on that, it is amazing, they sold the RC for a nickel. They could wash and sterilize the bottle, fill, cap and deliver it for 3 cents. The grocer had to make a penny. 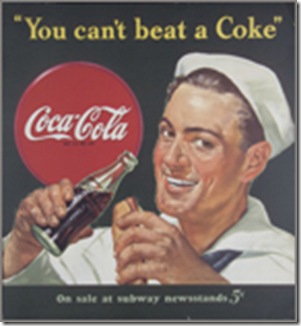 Around where I lived, the first thing you did was look at the bottom of the bottle. Every bottle was molded with the city of origin.  You were lucky if you got one from out of town, that was a thrill. Someone would always call out, “Out a town ya!” Everyone would say where their drink was from. Man you were something if you got one from Atlanta or Richmond. WOW! Amazing what simple things were fun.

If a boy didn’t have the nickel, he would call out ‘dibs’ or ‘tobies’.  That meant you were supposed to leave a little in the bottle for him. Strange, if you could buy only one drink between you, we just passed it around. Sometimes a guy would wipe the top with his hands, but mostly just turn it up and take a drink. Germs were afraid of us. LOL

** You forget names, but it's okay because other people forgot they even knew you.
**The last two outfits you wore had spots on them.
** You ask your husband or friend how your outfit looks, and they tell you the truth. 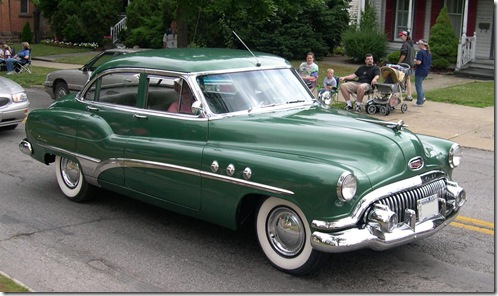 Your post today does bring back memories. My first full time job right out of high school was working at the coca cola bottling plant right here in my hometown. It's still there I often wonder what they do there anymore as I do see the big trucks loaded up in the parking lot. Maybe they do cans now instead of bottles??? I didn't do any bottling but I did watch them do it. I had an office job counting all that change that they took from machines on their routes. By hand I might add. Only worked there a year till I went to work for a bank. Now that was a whole new ball game for sure. It's cloudy here today but the ground hog still saw his shadow they say - 6 more weeks of winter. Ha Ha

my uncle had a Buick or was it an Oldsmobile? B-I-G thing lots of chrome! (kids called them "gun boats"!)

How about an R (ra) C cola and a Moon Pie? Didn't care much for the RC but the Moon Pie went down OK! Or an Orange Crush (right out of the grocers ice chest in front of the store) and a Twinkie? Yeah we saved the glass empties in the same six pack lifter they came in...my Mom had one that was aluminium, most I remember were cardboard. I had friends who scavenged for glass soda bottles to buy bread for the family. For some times were lean in the late 40s and early 50s. We mostly called them soft drinks or sodas...my Dad's soda of choice was Pepsi...he like it mixed with tea. By the time I got to high school (in the big city) kids put their little nickel packet of peanuts in their coke, it was good...the contrast between sweet and salty! My Mom used to tell about buying sour pickles, sticking a peppermint stick in the thing and sucking the juice out...talk about sweet and sour! kids today don't have a clue...poor things! LOL

That Buick is what I learn how to drive. I got my drivers license driving that car. I don't remember
drinking to many sodo's I loved
Chocolate Milk and Hot Chocolate.

You were talking about we will
have a good time in the nursing
home. Funny My friend Mary said for me to save my fuzzy bedrooms shoes and robe and hope they would let us stroll up and down the hall visiting everyone. LOL

Yes, I remember going to the store and saying, Put me a dope and a Moonpie in a poke and I'll tote it with me! Cost me .10 Cents. hahaha. I too heard that there was originally cocaine in coca-cola...and the preachers preached against drinking them. When the company removed the coke - they still preached against them for a long while. I thought that was bad until I ran across a sermon preached by D.L. Moody against the sin that bicycles were causing! Your Daddy was among the rich preachers if he drove a '51 Buick. We were poor and still driving an A-Model in '51. Dad got a Buick finally in 57. We had moved up-town! (Hope you know I'm joking). ☻ ☻ ☻

My hubby talks about a soda called Cock and Bull Ginger Beer in a white ceramic bottle. tasted like an extra strong gingerale. No alcohol in it. Cost a nickel. He would grab one when he finished his paper route. Those were the days. take care.

I remember those sodie waters and I remember looking for bottles to turn in for the deposit. I don't remember having any colds or flu from drinking after friends. Good entry as always.

This entry took me back. The Nehi popped right out at me. I couldn't pick up bottles cause we lived in the country and there were none. My brother used to treat us all to aRC or whatever anyone wanted when we came in to Lincoln from the farm. That was the highlight of the day. We had a Buick Special when Lee died. We loved that car. Shortly after he died I was stopped at a red light one block from home, and a big Cadillac was down the street back of me and I could hear tires screaming and he hit me with his back quarter panel so hard he pushed me into the car ahead of me. He was drunk and tried to leave the scene. Some good person finally called the cops and by that time I was sitting on his hood so he would not drive away. My Buick special was totaled. Skid marks nearly a block away.

What a nice stroll down Memory Lane you've taken us on!
Coca-Cola went to town.
Royal Crown knocked him down.
Seven Up picked him up,
and took him to Dr. Pepper!