I don’t do it anymore

Rose mentioned voting? We are Florida Residents, and yes, we always vote absentee, even if we are there.

When I was a kid, I thought I was a pretty good bike rider. When I see the kids today, I know I never was a real bike rider. But I don’t do it anymore anyway. We carried bikes on the back of the motorhome for a few years and seldom rode them.

I was a good roller skater. I know now, since doing some traveling, when you say skate, you must qualify. Cause ‘them girls’ up north skate on ice. But I did skate. I skated until I had to put new wheels on my skates several times. Western Auto sold new wheels, 25 cents each. Now when I see a kid on a skate board , I know I never actually skated, I rolled around fast.  But I don’t skate anymore.

I loved to swim and I was a good diver. I even won a diving contest once. It is hard to swim with hearing aids, I don’t even swim any more.

The one thing I was good at was hunting. I seldom ‘harvested anything’ (new term picked up from my friends in Wisconsin), but I sure could hunt. For years I went with my best friend Sonny. Every year at Thanksgiving, He and I and our sons, would HUNT. And boy, did we eat well (from the food we packed in. hahaha.) That was a pleasure time. It was never about hunting, it was about friendship.  But Sonny is gone, I don’t hunt anymore.

I enjoyed football, especially NFL, when the boys were growing up. We watched every game with the boys, always cheering the Red Skins when they were playing. With the boys gone, I don’t watch nor follow football anymore. 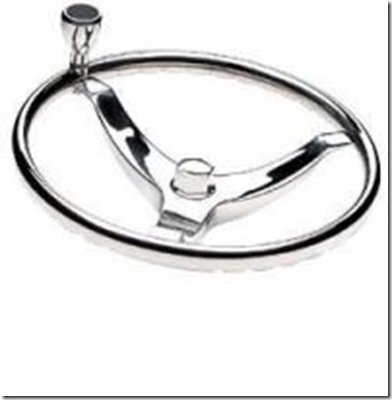 For years I drove down the road with my arm around Sherry. I had a ‘neckerknob’  and when we had a straight drive she would shift gears for me, I had ‘Sherryamatic’. But even with power steering, I don’t do that anymore, NOT BECAUSE I DON’T WANT TO, it is because the car manufacturers have conspired against me. Consoles and bucket seats will put a stop to that. 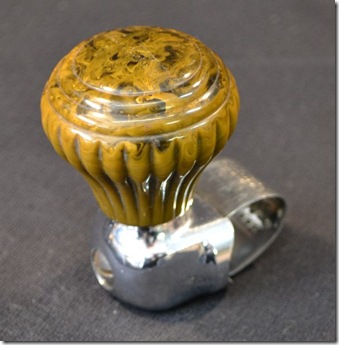 But we can still hold hands, I STILL DO THAT!

We have never had twin beds, so except when she sleeps on the couch we still sleep together. And like always, we still……….

read together in bed!

Believe me, under the right circumstances, LOVE LASTS FOREVER! 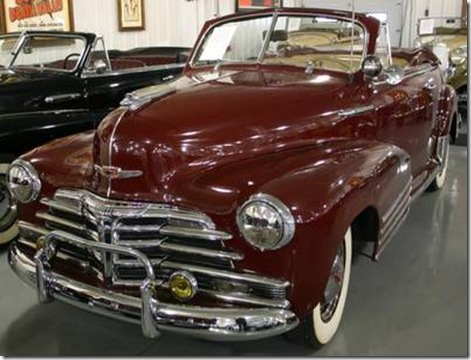 This was a 6cylinder (of course) Chevy, 1948. It sported a Necker-knob and Sherry-a-matic.

Definition: necker knob
A knob you used to see on the huge steering wheels of 1950's car to help steer with one hand. The use of this would be to put your arm around your girl's neck sitting very close to you thanks to those bench seats.

Things change, but the important things don't, especially when you are a team.

Aren't we all very glad that even though there are things we can't or won't do anymore there are still things that we can do. It has warmed up into the 70's here today! Hope you have a wonderful Sunday

I hope you weren't neckin' and driving...was that the 50's version of texting and driving? :-) I hope you two have a great week. Take care, Sheila

Well, so what? The kids can skate and swim, but they don't even know what a neckerknob is unless you explain it to them. Ha!

Awww like this entry, brings back memories. A couple of years ago I had John put air in my bike tires just to see if I could still ride it, I could but didn't feel real steady. Darn I wish I could roll fast like I used to. lol

Thank you for this harmony.

Up "North" we called the knob on the steering wheel a "Suicide Knob" as shirt sleeves, coat sleeves, scarfs, etc were always getting tangled up in it and it was hard to keep it between the fence posts while wrestling with the suicide knob to get untangled.

I have to admit I was getting a little sad there. But as unusual - you cheered me up at the end.

I ice skated and roller skated and would not attempt to try at my age.
Yes there are things when we age
should not try unless we want to
take care of something we brake.

My age I have trouble getting
the rocking chair going. LOL

I think there are a lot of us that used to do those things you mentioned, Jack, roller skating, swimming, etc., and then we get older and realize how a fall could break a bone, etc. Its like I used to be a runner (not fast distances but would jog) but now I don't run. I do like reading in bed though!