Where was this food packaged or grown?

It is getting increasingly hard to read a label to find out in which country a product originated.  I  have lately tried to determine, but you would need a magnifying glass, if you could see it then.

That upsets me, because I would like to buy products made in the USA when possible. but I cannot spend 5 minutes on every item.  Maybe I will start taking the magnifying glass.

An idea would be if the store would hang a little sign on all made in the USA stuff, if they want to promote our country and not China and others.

Now I do not know for sure, but to deal with Mexico on a level basis, we cannot have an equal free trade agreement, since the hourly labor rate is way skewed toward them, Taxes should be applied to equal the stateside rate. Same with China and the other countries of the world.

I don’t think it is un-American to want jobs returned to our country. This nation was number one in industry 40-50 years ago. Something happened. We need a politician who will push for our country to be independent of foreign oil and foreign steel.  I would again like to see the garment districts flooded with cloth made in the USA.

My heart breaks when I see standing skeletons and open fields where cotton mills (20+ in my town alone) used to be. I would venture to make a guess that within a 50 square mile of where I sit 300+ mills have shut down. These produced thread, cloth, dying, weaving, socks, hose, etc. Anything to do with Cotton and most synthetics.

My other home state of Florida lives off snow birds, tourists, veggies and fruit.  Now, much of the juice comes from South America. The veggies from Mexico and S. American countries. Juice factories are closing in Florida.

Thanks for reading this rant.

Money matters. After over 200 years that statement by Poor Richard is still true, a penny saved is a penny earned. 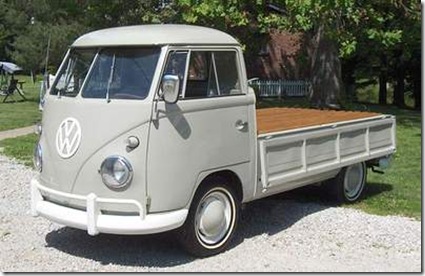 I never owned one of these, But they were handy trucks. The VW single Cab above. 1961 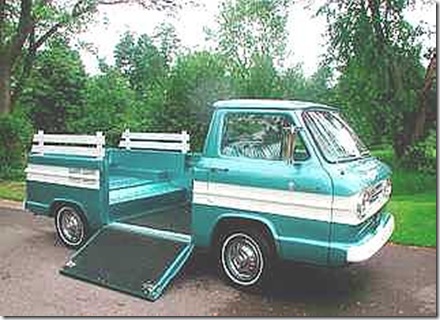 Just last week I was surprised to see a sticker with Mexico on my bell peppers I was preparing for dinner. I guess I just always thought that they were raised someplace in the US. Little do we realized the extent of trade we do with other countries. It was a beautiful day here in Ohio and we are to have another tomorrow...Hope you all are getting some nice weather there too.

AMEN and we need a man that we can trust.

I had to go to Canada for medicine this past month. I saved a ton of money. Sadly they have a generic there and not here.

You know Jack I like your rants, since like I said before, I usually agree 100% with them and this one I definitely agree with you. I was just thinking the other day that my uncles worked the steel mills in the Pennsylvania area; none of those exist any more. Same with my mom, not the steel mill but worked in a Westinghouse plant in Pennsylvania. Gone. I would honestly buy American made products and pay a bit more for them if I could find them but we can't find them (I think I said this before on your blog too). I do hope there is a change of the guard in two weeks and we get better leadership and jobs back in this country!

I too wish they would put little signs in the stores. I wouldn't mind paying a little more.