I used to wonder why I wasn’t invited to dinner

Obama was raising millions of dollars over two days of campaigning in Los Angeles and San Francisco. He was capping his night at a ritzy 150-guest dinner costing $25,000 person.

About 120 people attended the fundraising dinner, dubbed the "Obama Classic," at a cost of $20,000 a person. After the dinner, Obama was expected to don gym clothes and shoot hoops.

The cost of attending dinner with Romney is $25,000 per person.

Who has the most money? A person would have to be slow in mind and figures to think a lot of ‘poor’ folks sent in $10 and raised this kind of money!

Folks they are spending over a Billion dollars ($1.3) of someone else’s money) to be elected. And it ain’t over yet!

Not that these folks in DC are inherently bad, they are human and have their own ideas what is good for the country. One of their biggest problems was brought out in a comment by ‘Bucko’. “Congress tends to kick the problem down the road.” (vice dealing with it.)

From what I have seen, in the last 40 years, Americans cannot deal with the stark truth, we need controls put on spending, we need a budget. One that reflects reality, not dreams.

Countries have  tried ‘every one is equal, share the wealth’ and it has failed miserably.  Those countries still had the filthy rich and the dirt poor. You think a communist leader lived off $500 a month? Nay my friend, he had millions then billions a villa in the mts etc, while telling the poor peasant we are sharing and sharing alike. ha!

Sharing the wealth is sorta like the top person in a college class who has burned the midnight oil, stuck to his/her studies, sharing the grades with the party animal who comes in every morning to class with a hang over. It is NOT FAIR, no matter how loud you yell.

Sorry I rambled, but we Americans are gonna one day have to face facts, We need a budget that makes fiscal sense. I also know why I wasn’t invited to Dinner!!!!

It is smart for a person who is well off to have a budget, no one has enough money to WASTE! 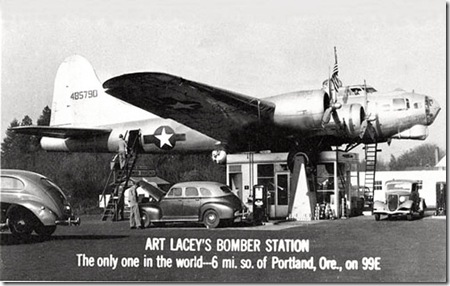 I remember after WWII a place on Wilkinson BLVD had a fuselage of a Cargo plane on their roof. I looked forward to seeing it when Dad drove by.

It is mind boggling to me when I think about having that kind of money to give away. There are a lot of rich people in this world and even more of us that are on the lower end of middle class. It takes all kinds to make this world go round. I for one am glad that I don't have that kind of money to deal with. I wasn't invited to the party either. Hope you all have a wonderful Wednesday!

No way will I ever fit in their 'class.' I have much more than that...class, I mean. I am for real. I pity the performances they think they must perform. No wonder our country is in the toilet.
Sorry I missed so many entries again but I did read them. I cannot look directly at the screen while typing. My eyes cross and my head starts to spin. Cannot believe this wandering brain.
Loved the Sax image and his dream girl.
BlessYaSweetGentleSouls

I agree! I am ready for an about face.

I would have to decline if they invited me, I have nothing to wear. lol Like the cars around the plane. Knew a guy who drove one like the two-tone one for years in our neighborhood. He was a mechanic so I guess he kept it tip top.

having a budget is a no-brainer...and I have a ton of things we (the USA) needs to stop doing (yes they involve money not so much spent as flushed down the toilet) but I best keep my opinions to myself I've had the political stuff (not the word I wanted to use) jammed down my throat for the past several months on Facebook (by friends?) and I'm quite over it. I will vote, as I have since I was 21, for whom I perceive to be the lesser of the two evils. I always vote for the person, not the party. the party thing has just about done this country in...instead of sitting down and working things out...NO...we have to fight over everything and veto everything...like dogs fighting over a bone...please don't get me started Jack :D

We will have chicken soup tomorrow and if lucky it might last even for two days.
On Saturday we are invited to the German Ambassador for dinner. Should be interesting. Will report ;) Please have you all a good Thursday.

p.s.thank you for your kind clicks and comments very much.

You sound like a Ron Paul supporter which is fine with me.

But first you gotta get someone in there to stop what is happening.

It is ridiculous the amount the candidates spend to get elected or reelected. That money certainly could have been used for better purposes (perhaps paying off the national debt or feeding the hungry or providing shelter for the homeless). I'm not one to donate to presidential candidates (and always say no when we get our taxes done if we want to give whatever that amount is to the presidential campaigns). We do need a budget and we need to balance it; just common sense. I definitely would not want to have dinner with either one of them unless they were serving it a soup kitchen to the less fortunate.

hoping the day was a good one!

Jack wonder of wonders, I agree with every thing you said about congress, presidents and the waste of money. I do not contribute a penny to the candidates. They have way more than I do. I am going to watch the debate tonight between Ryan and Biden. Biden is so down to earth and at times funny, I just want to see how he is in a debate.

I've paid some big amounts(but not as big as those dinners) for AIDS benefit & SEVA dinners, but I know people were helped in a defined-before-hand, positive way from those donations. These here, I am not so sure.

I heard an uber-liberal celebrity talking on the radio the other day in favor of gun control..the radio announcer then mentioned that she came with a bodyguard & asked if he was armed. She said: THAT IS A TOTALLY DIFFERENT THING.

Sure it is because she needs to be protected, but we don't. Cough. I think one of the problems across the board is a here is all the stuff that should apply to you, but not to me mentality.~Mary