I’m just not sure, I wish I could remember.

Sherry and I mention things we have done or things we had, I don’t remember some of them and do not know what happened to some. We were talking about the first house I (we) built for for us. It was a split level house on Kelly Farm Road. The first think I built on the lot was an RV port. We had a travel trailer and lived in it while building the house. She asked, “What did we ever do with that trailer?” I could not remember.

Shirl paid me the other day (her being sweet) with 2 silver dollars and a Kennedy Half. She was serious, so I took them, knowing the dollars were worth at least $25 a piece. That night I was trying to think what happened to the two silver dollars Dad gave us for each of the boys.   I cannot remember. Of course the gift was over 50 years ago.
We had a boat in Key West, and for the life of me I cannot remember  what we done with it!

We once had an Opel, don’t know what happened to it.

Sherry and I went out fro breakfast the other morning at Gerogio’s in Cramerton. A couple ladies were eating beside us. One looked familiar. When we left, one lady was waiting outside, she looked at me and said, “YOU built my house on Powerline.”  THEN I REMEMBERED. She was a single mom, had a cute boy and girl. Now they are grown with kids. She is still in that house. Could it have been that long ago?

The next day we saw Sylvia in WalMart, I also built her house. She is a very sweet lady. The only person who ever wanted gold fixtures in the sinks & shower and a French door into her bathroom. (She wanted a cute curtain on the door).

I hope this does not mean I am in the ‘early stages’.  I am tired of hearing that statement. I think I will ‘YELL SOMETHING’ the next time I hear an old gossip say, “I think Bill/Tom is in the  ‘early  stages’.

Have you ever thought what it would be like without memories or memory? 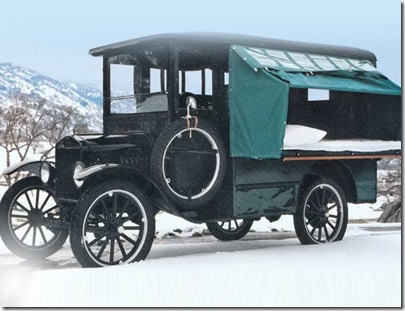 I want to get in something and go to Florida!

There have been many things that I've been unable to remember. Still I don't worry about it. I see younger folks than I having more memory problems than I. It would be terrible to loose some of the memories I have...the good ones , but some of the bad ones could just leave and never return. We've been battered by the winds and rain. The rains continue, but it seems we now have 30 mph gust of wind not 60 mph. The devastation along the coast is unreal. Still praying for all of them.

Jack - I think then we all have it. The older you get the more the brain capacity is filled up. Therefore some of the files are deleted. And some are filed deep! Lol - I am right there with you. sandie

I think we all have trouble remembering things. My husband who is 15 years older than me has always had a much better memory than me.

It is hard to remember some details from our past. I know sometimes hubby and me will talk and we'll have two different versions of the same event, LOL :)

I think it is just natural that we start forgetting things as we get older, no matter how old we get. But I think when we forget simple basics like getting lost, what to do with appliances, that type of thing, then we might be getting into the early stages......

I'll forgive you is you can't remember the little things in life; but my dear friend there is one thing for sure ~ don't forget me because I'll never forget you!

I think your memory is pretty amazing for an old man and I pray that I can remember half the stuff you do AT YOUR AGE. LOL ... I just had to toss an OLD MAN in there somehow! You know I LOVE YA!!!

Now go rattle that brain of yours and figure out what you did with those two silver dollars your Dad gave you over 50 years ago. You probably bought two cartons of cigarettes with them. I heard they used to sell pretty cheap back in the olden days.

Our minds are like computers; the more we store, the more they crash. Too bad we don't have a jump drive on which to download the seldom used stuff.

We have so much stored in the
brain it just takes time for it
to turn over and come to the front.
I think I have mine full and no
more room. It is a shock when
you can't remember something important. Let's not worry we will never have a test on what is stored.

Don and I had almost 28 years together...I think I remember all the high points...but do I really? how would I know, I don't have Don to tell me (he had an excellent memory right up to the end). I figure I have a 50/50 chance of having a type of dementia caused by having constant TIAs (somewhat different from Alzheimers but not much). my mother's mind went when she was in her late 70s early 80s, she lived to be 92...my Dad's mind was good up till he died at 84. I've been visiting some of my favorite blogs tonight and aging has been rather a topic of discussion :D when I think and think and think about Don til I think I shouldn't anymore I also think about what if I didn't have the memories...what if I had never met Don...no Don no memories to grieve over, NO I must have the memories and deal with them in my own way...maybe not someone else's way but mine. perhaps someday I will met someone I can talk to about my memories...it's no use with my son and DIL...they're so busy with their lives, as they should be...as Don and I were once so busy with our lives. sometimes I regret very much that Don and I did not have a child...someone I could share memories with...it would help so much.

Florida's still here come when you can!

Of all the things I've lost, I miss my mind the most. LOL!

Maybe there are some things I remember that I SHOULD forget. Like that silver dollar! (speaking of silver dollars). I was given a silver dollar when I was born. I cherished it. Now it is gone. I blame my husband for throwing away something in which I had hidden it. (Either that or it was stolen by the maintenance man when we lived in the apartment.) My husband took it upon himself to throw away the boxes our wedding rings came in. (He managed to lose his wedding ring, too!) I wonder if I had hidden the silver dollar in the ring box.
I bought another silver dollar at a coin shop. It was the same year as the dollar that went missing. It was not in as good of shape even though it was billed as "uncirculated." Bummer.
My husband told the coin salesmen that he wanted to buy some silver dollars also. My husband had taken some silver dollars from his brother when they were young. I believe my husband said he used them to buy record albums with. The coin salesman guessed, "So you're going to repay him after all these years?"
"No, my brother is deceased; I just want to buy them to remember."
What do you do with a scoundrel like that?

I'm getting here so late everything has already been said but know that I do read your blog. It just takes me time to get to it.

I have been feeling the same way about memory. My sister had Alzhiemers and the hopeless state they are in, scares me. All you need is for me to start hasseling you. I don't remember how!!! Now one brief lesson from this old lady, Just keep writing on the computer, that is sure to drive you nuts one day. I do think it helps to use the computer but I have lost a lot of interest in it.