Sherry and I are older than most who read this blog, and not as old as a few.  I don’t count Lucy cause she talks old, gets a lot of sympathy from you girls, but I know better. She is really 25 years old (She is just locked in an older body! I think she is trying to get out! If she escapes, Joe is in trouble! LOL)

But all of us have had some rough times, some hard, some sad.  Life is like that. Saying goodbye to a mother and dad. Then brothers and sisters are the sad times. I cannot imagine the pain in losing a mate. I am sue there are times, such as losing a child must throw you into a tail spin. We humans have a rough time accepting life that is not in the correct rotation. In our minds the children should live to bury the parents. I just bring that up to cover SAD times.

I doubt if many millionaires read this blog (LOL) but even some of them do they could tell you of some hard times. When we were first married we took a cigar box, I made some envelop like packets. Back then I was paid in cash. so the money was changed into smaller bills and some change. Divided into packs, that was our budget. IT was hard, but we stuck with it. Of course we did not have what some of our friends had who ran credit in several stores and owed something on everything they had. Hard, but fun times.

Last night I was reminded of a rough time in our lives. Sometimes your trust is not returned. Background: Sherry and I lived 3.5 yrs in GITMO. Both of us worked. I was Navy. For all that time we lived off her salary and saved mine. When we returned to the states we were ‘rich’. We had never had our own furniture. We drove to Lenoir, NC and bought new name brand furniture. We bought new TV’s (with the NEW remote controls, wow high cotton), A piano and still had a little savings.

Once, we had the nicest house we ever had, up for sale, I was building us a Duplex (Condo deeded) with my sister Kat & HUbby. We got a cash offer we could not refuse from a local millionaire. We needed to move and store furniture fast. I located a moving company, that agreed to move and store the furniture until I completed the new house. Yes, I could pay up front, and I did for the move and storage.

To shorten the story, they were stealing the furniture and I was paying them to do it. It was months before we checked again. 5 phone #’s disconnected. No one at the address given in the yellow pages. Weeks later after that some how we located the residue of the furniture in a warehouse 60-70 miles away.  All the pilfer able stuff gone.

The owner actually filed for bankrupcy and paid us $2.75 total on our loss. That was one of the rough times. I was reminded by an old folder I just threw away.

Things are tough in life sometimes. It hurts to lose trust.

Sorry for another long one. 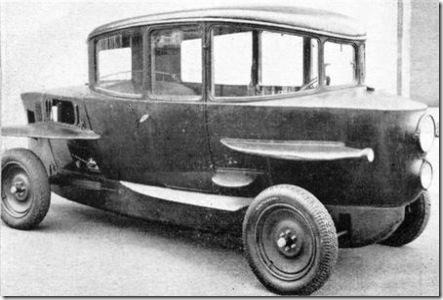 I was just talking to a friend today - her mother had died about 5 months ago and they had someone run her estate sale for her - they ran off with the money! It does hurt when someone hurts your trust. But you do get over it I guess.

Yes time does heal the hard times but you still take out the memories and run them around in your brain at times. Nothing wrong with that though as long as you don't dwell on them. That is a funny looking car. I would like to have one of those two wheel thingys that the lady in the TV advertisement goes to get her flu shot on. lol

It does hurt to get kicked when you are down, but the strong survive and thrive :o)

Trust is the hardest thing to rebuild when it is gone and it does sour us with other situations we become involved in. Sadly we all have those stories that harden our hearts just a bit for the next time. I just don't know how people can do dishonest things like that; how can they live with themselves?

I guess we all have some hurts in our lives, some worse than others. That was terrible how they ripped off all you had. We really never know who to trust or not. Knowing that better days came after that for you, I'd say you handled it well though. That's what is important. How we handle what is thrown at us. It's a little warmer here this morning at 47 degrees, but it's raining. Hope you all have a wonderful Wednesday!

I can't imagine the heartache of losing your furniture in that way.
I enjoyed this entry.
DD