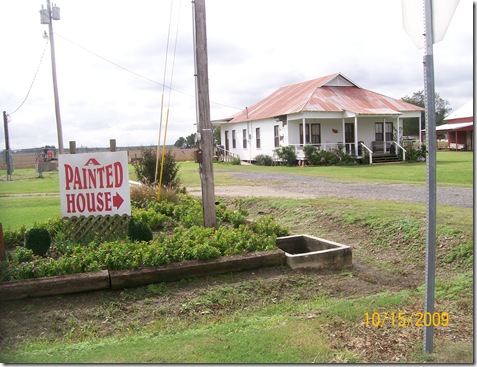 We were in Lapanto, Arkansas and saw some big cotton fields. Johnny Cash is from there and was a cotton picker. The Novel by Grisham, The Painted House was written for that area, the movie was filmed there. Johnny wrote and sang, the song that had the lines, “Jump down turn around pick a bail of cotton, jump down turn around pick a bail a day.” The locals said Johnny was known for picking a bail a day. That is 400 lbs of cotton. 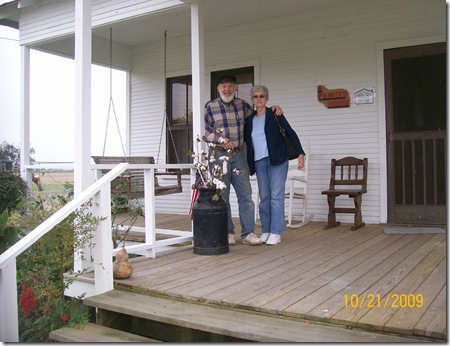 (Sherry & I on the porch of the Painted House)

Now my sister Shirl  is growing cotton. No not acres, but a few stalks (methinks).

Shirl  volunteers at the Belmont, NC Historical Society.  She enjoys it, She,like me, moved to Belmont in 1954, she married and left soon after,  I stayed for a couple years. Upon her return she has enjoyed rolling back the years and looking at history.

Belmont was a cotton mill town. There were approx 26 mills in town, that is amazing to me, that only one or two remain partially operating.

Our politicians allowed our jobs here and probably where you are to be shipped out of the country. I still wonder what every one is doing for jobs now.  Of course with 8-9% unemployment many are out of work. 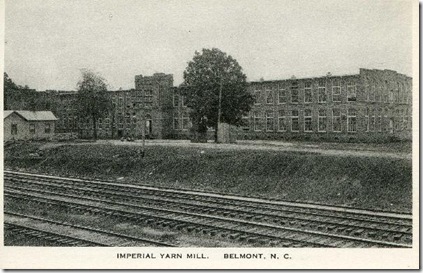 The Imperial, above built in 1904, below this is even gone.

We still grow cotton in NC and the USA. I snapped a few pictures of cotton fields as we traveled. We saw huge loads of cotton in Arizona (I believe). Once back breaking work, the mechanical  cotton pickers do the job, not as well as hand picking, but they do a good job.

When I was in HS there was a course in ‘Textile engineering’, it was sort of a Crip course with 3 credits, so I took it. I really never liked school but I enjoyed taking the bus over to the Textile School for the morning. 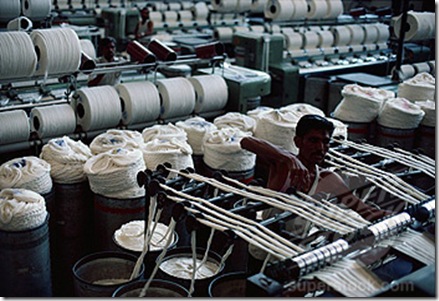 (Making the sliver in the tall cans from the carding machine, I believe Sherry’s dad was in this area). 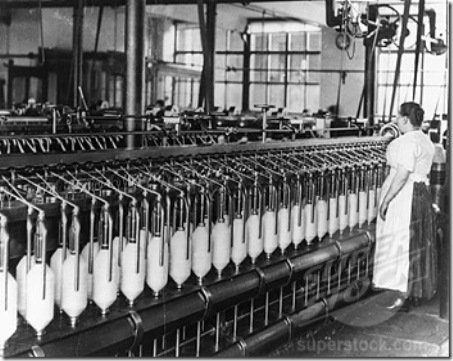 (Tall cans at the back, forming the roving)

The process is fascinating, from the picker/carding machine that form the cotton blanket of fibers, then into little puffy ropes (called slivers), then the slubbers that pull and wind this rope into a smaller stream of cotton (roving), then to the spinner that spins the cotton into a thread. The small threads then are ran thru twisters that actually make the thread, the size is determined by how many smaller threads are ran thru it. 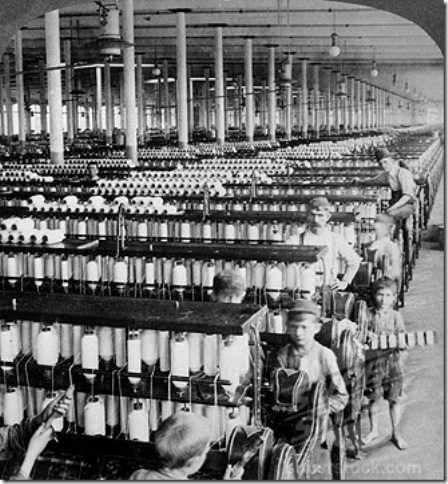 (Spinning room from the 1900’s to many this seems terrible the kids working, but to them if they were back on the farm they would have been working)

It then goes to a winder who winds it onto a standard spool for the weavers and dye house.

(I may have some processes out of order or missed one) 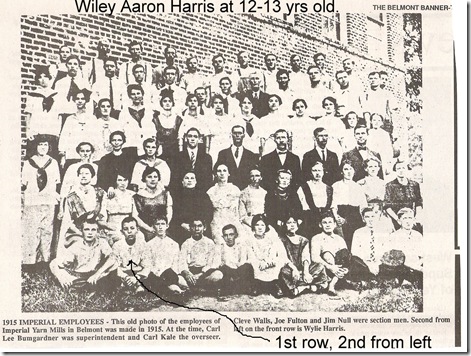 (A prized picture in Sherry’s family, pointing to her dad)

Sherry’s Mama worked as a spinner, starting at 12 yrs old. Sherry worked in a Hosiery Mill. In the early 30’s my daddy was a loom fixer and my mama was a weaver.

Charlie Pride sang a song, “But I never picked Cotton”.  I never worked in a cotton mill, but I have known some wonderful folk who did. Cotton is an amazing plant, it’s fruit produces some beautiful and useful material, you may be wearing some.

You would be amazed at the skills of the cotton mill worker. 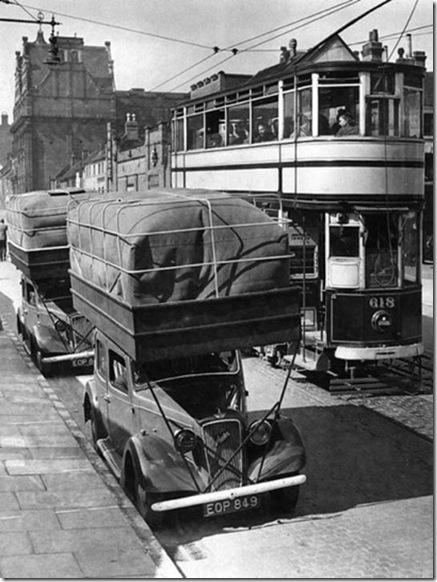 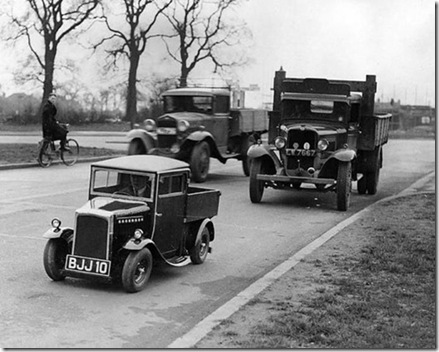 I never had to pick cotton but from what I've heard I'm lucky.

Tho' I live off of Cotton Lane (seriously ... fields on both sides), I never stopped to consider the process and what we take for granted every day!
Gosh, but I'd love to see the inside of that old house ...
(Imagination in over-drive!)

Since I lived up north all my life I was amazed when I had my first trip south and saw cotton fields. Most everything I wear is cotton. We couldn't very well do without it. When you look at those children working, it makes you see just how well off we are today. Still very cold here. Hope you both have a super Saturday!

Loved this Post. I always learn something new from you my dear friend.

that's a lot of pounds in a bale of cotton; I never knew exactly how much was in one (or really thought of it). I know it was hard work to pick cotton; sounds like an interesting industry indeed to have family members part of. Hard work to at least put food on the table; it is sad our country has decided for the sake of a few bucks to take so much work out of people here who truly want to work.

I am so facinating didn't know until this year that the seeds were in the white bow. It is a beautiful plant. They plant one short row behind the Historic House so when people visit they can learn about our History. To think our garments come from that cotton bow..I think Children should be taught about cotton.
I don't know what the white cotton
ball is called..

My Dad was a loom fixer and Mom was a weaver...I was a weaver for a short while. I think the white cotton is called a boll. There is boll weevil monument downtown in Enterprise, AL. The boll weevil damaged cotton crops. You probably already new that though. Sorry we let some cold slip out... :-). Have a great weekend, Sheila

And from my high school days, this reminds me: Eli Whitney invented the cotton gin.

Okay my question is this - why don't we start growing it here? I guess the answer is - the good old dollar is more important then our own people... or something like that.

That mini pick up is a hoot!