Speaking of a small world

We came in from our Saturday morning waffle and Sherry had a message on the phone.  Marion as in Marian and Dal. I met Dal in 1956 on Parris Island while he and I were on VACATION THERE!  hahahaha. 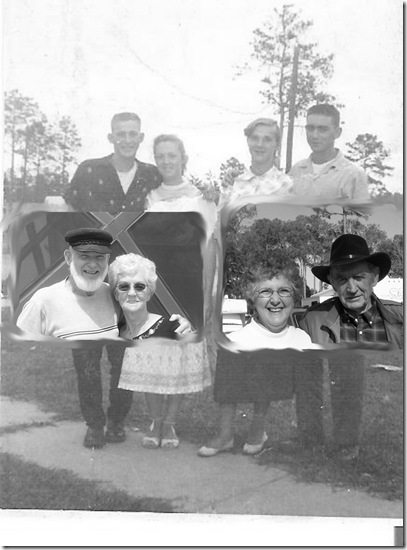 They live in Pennsylvania. Dal had retired from raising Turkeys. Sherry returned the call. Marian said, “We are in Florida for a few days, where are you guys?”

“At Thousand Trails Orlando,” Said Sherry, “Where are you guys?”

“We have been at Thousand Trails for a few days!”

We had walked past the Park Model they are renting and did not know they were there. We have never stayed in this park at the time they were passing thru.

They walked over and we had a great visit. We just happened to be here for one week of their two week stay. They are great friends.  We have stayed in touch and visited every once in awhile in the last 50 years. Such a nice surprise.

The next surprise wasn’t nice. Some one began beating on the motor home door. It was a voice of doom. You must evacuate. You can leave the motor home and take the van if you want to. HA!

We looked up at the sky and it was red and boiling smoke. pretty close, not immediate, but about 1/4 mile I would guess. Hey, ain’t no way I will leave this coach if there is a chance the fire won’t be stopped.  So we unhooked all the stuff and  headed out. Someone gave us directions to this park so now we are set up again and it is about 9PM.

Hopefully the fire will not get the park the fire trucks were headed back that way earlier and I didn’t think much about it. Florida does have a terrible record of bad brush fires. Several times we have had to divert because of smoke covered roads in the past 15 years.

Anyway. We are moved and safe.

If  the bill collectors come, WE B GONE!

Thanks for coming by.

Some surprises are good some are bad. 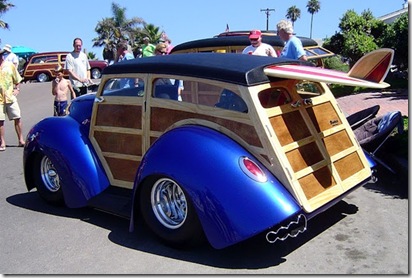 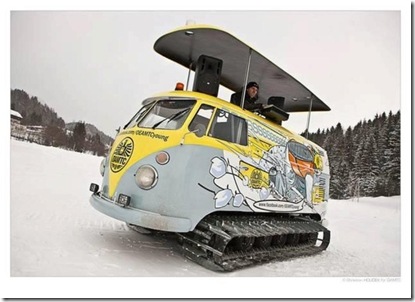 You got me??? Surf mobile and a Snow mobile??

Well you sure had a night or day full of surprises! Finding friends are in the same place you are! And heck no - I would not leave my motor home and car there - are they nuts???? Glad you made it out safe.

Well that must have been a nice surprise. Sorry the fire made you move before you were ready. Hope it doesn't damage much.

I smiled when I read about the "vacation" at Parris Island.
Yeah, right! You both are awesome if you went through Parris Island. Hats off to you!!
What a great surprise to find out your friends were at the same place you were! That is wonderful!!!
I'm also glad that you yourselves and the motor home to a safer location. Florida's fires are historical...and nothing to mess around with.
Continued happiness to you and Sherry and your friends.
I love the way you inset the photos of the before/after shots of you and your dear friends.
Very well done!!
Hugs,
Jackie

Never a dull moment with you...glad you and Sherry got out safe and hopefully they got it put out. What a nice surprise to have your friends show up at the same place. We is chilly up here...saw a few snow flakes today but that was it...fingers crossed for Wednesday. I think I need to teach Charlie to snow dance... ;D Stay warm, Sheila

So nice that you were able to rekindle your friendships...such a sweet surprise for you all. But not so nice to get smoked out of the park. Glad you got your home moved in time. Stay safe and continue your fine visits wherever you wander.
Blessings

GLAD you are safe and sound. Must have been wonderful seeing old friends.

Great you got to spend some time with friends.
A notice to evacuate does have a bright side to it. Better to have the voice of doom saying the fire is coming than to have the fire itself saying, "I'm here."
Hopefully, the park will be spared.

I've been burning a lot of pruned limbs lately. I hope the wind didn't blow you a spark from my fire. ;-)

Oh no, how scary with the fire! I too hope it is put out with not a lot of damage! Wise to move everything when you move, leave nothing behind! Glad though you did get to spend some time with old friends!

It's an advantage to pull up stakes and move out when something like that happens. Too bad your visit with your friends had to end so quickly. Hope all is well and you can get back in touch with them again while they are there.

Glad you and Sherry made it out safe taking with you your home. I hope the park was saved. Still cold up here in Al. this morning. Take care. Jean

You two lovebirds lead such an adventurous life! LOVE IT!! So happy to hear that you met up with old friends ~ love the "then and now" photo.