We had a neat RV’er in the park this week. They are towing Travel trailer with a 1969 Chevy Malibu.   That brings back memories. My dad talked about men getting ‘Car Fever’ (i.e., seeing a new car that they just had to have.). 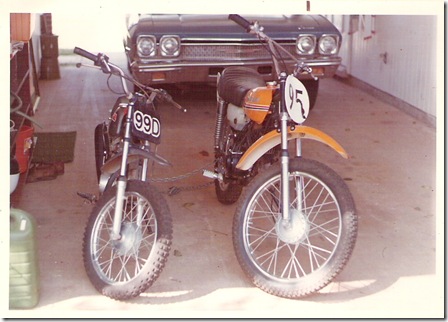 (As much as I love cars, I didn’t take many pictures of ours, that is the Malibu in the back ground, powder blue. The boys racing dirt bikes in foreground)

That happened to me once. I saw the 1968 Malibu, I just had to have it, we could afford it, I had just re-enlisted and had my bonus. So Against my wife’s ‘small protest’ I traded a perfectly good 1965 Rambler in on the ‘68 Malibu and paid the difference.  It became part of our family for years and was passed up to my dad, down to me again at his death, then to our son Mark as his first car. BUT IT WAS A VERY IGNORANT THING, GETTING CAR FEVER. 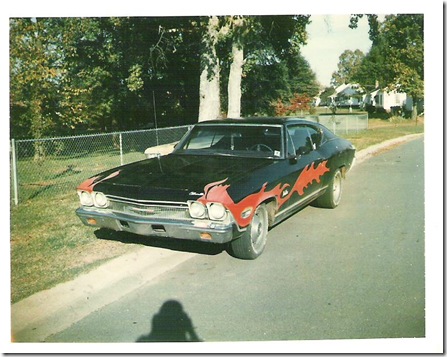 (The Malibu after I fixed it up for Mark)

That has never happened again, thank goodness. Cars have become ‘transportation’ not a ‘statement’ or a ‘status symbol’.  I have seen cars I would like to have. Most folk know, a lot of OLD cars strike my fancy. I hope one day, once we get off the road, to have an old classic to drive around.  If I am not too old myself.

Maybe Americans are obsessed with the Auto, but that industry fueled this country for many years.

Thanks for visiting the Shipslog.

Age has taught me something, wanting something is much different than needing it. 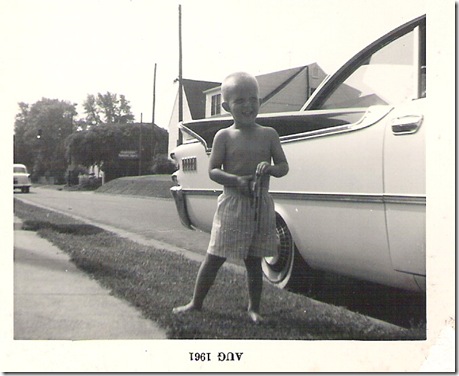 Look at the fins on Sherry's '59 Dodge. How cool is that!
Hubby has always wanted a SS Nova.
One day, perhaps.....one day.
He loves classic street-rod type cars. Any time there is a car show here in town, we are there....
Have a beautiful week, my friend...
J.

Yes, wanting things and needing them are very different for sure. I buy only what I need anymore. And am blessed every day as the well never seems to run dry. Hope you all are having a terrific Tuesday!

I've never really had car fever...
but my alter ego has zoomed around in a few muscle cars.

I had an orange mustang that belonged to an actress.

Jack Jr & the fins make a very good shot. I do love that Malibu; my dad would too. ~Mary

Yes, cars surely a great mean to measure time and life. Always a safe road ahead for you all.

hee hee....
Yup.
«Louis» likes that '59 Dodge, too! Those late-50s MoPar hardtops were great-looking cars, from all the Chrysler divisions!

What a cool first car your son got Jack! It looked neat too! I think it is good to have least get one car that someone has fever about over the course of one's life, as long as one can afford it of course. Makes life a bit more interesting :)

I loved that 59 dodge. It was
all white except for the black
fins. I ordered it like that.
I drove the car for about 10 years.
It was a good looking car. JJ
looks cute standing there.

I really don't remember those kind of cars - now the one all dressed up I do - we used to do that way back then.

And yes wanting and needing are two different things for sure Jack.