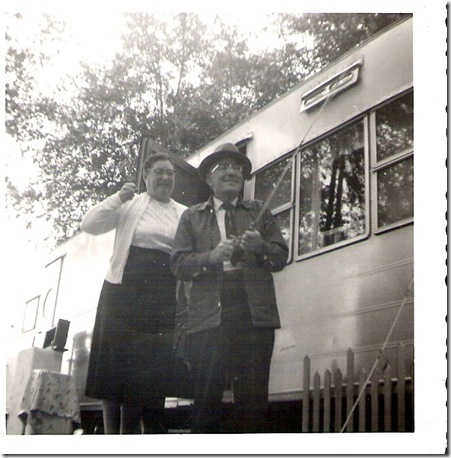 Fortunately I was raised by parents who would not buy something unless they could pay for it. I married a girl who felt the same way. That works well for small purchases, but usually we must finance a home. So a Building and Loan company or Bank originally holds your loan.  Banks sell loans like Ford sells cars.

China loaned us money.  So yes we owe China, Japan and many other countries, but we owe Americans also. For years Sherry and I bought savings bonds for our selves. That is how we bought our first home. Later we started buying US bonds for our grandkids for Christmas. We still hold some so, the US owes us around $1700.00 now + interest.

Here is who we owe: 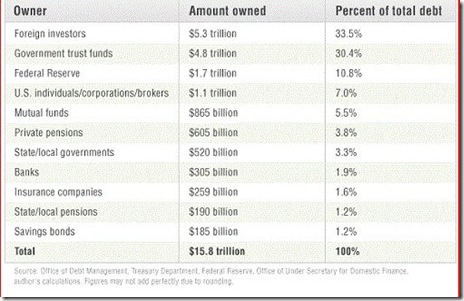 We are in debt about $16 trillion. We have all heard that many times. We have been told that China owns us, not true. But we  do owe foreign countries $5.3 Trillion dollars.

The rest we owe OURSELVES or entities in the USA.  If we go bankrupt we hurt ourselves much more than foreign countries.

Which Foreign countries do we owe? 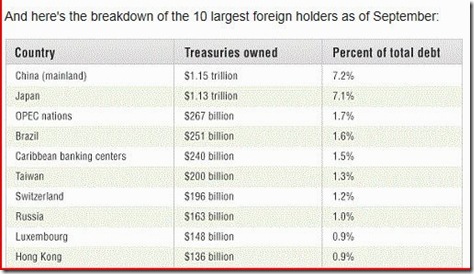 Bottom line is we owe too much no matter who we owe. When a child is born today as a Citizen his or her obligation to the debt is about $51,000 dollars (my figures).

So as of now Each man, woman and child in the USA, when the debt is divided up, owes about $51k. OUCH.   (my figures) 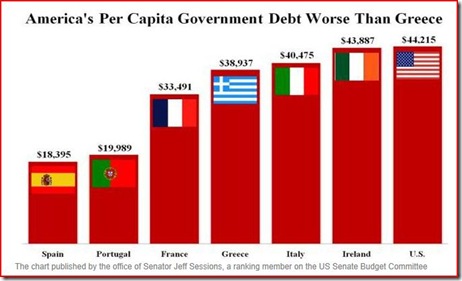 Mr Sessions gives it a better look he says we only owe $44K. But if you have been following our friend Robert in Athens, you know they have been suffering strikes week after week due to the austerity programs, now for the kicker, our situation is WORSE than GREECE. They are behind us, Ireland and Italy.  So Greece is trying to cut back spending, we do not seem to be.

Sorry for all the figures, I know you don’t like them, I just wanted to point out, that as you read Robert’s Blog,

http://robert-geiss.blogspot.com/  remember we will face some austerity cuts of our own, and WE MUST!

We have a lot of areas to cut without SS and Medicare/Obamacare.

Figures don’t lie, if congress keeps kicking the can down the road, we are in deeper ‘do-do’ as my man Ross Perot once said. (And he was right as rain. NAFTA done to us exactly what he said.) 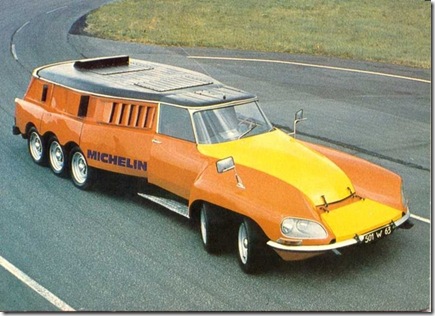 Michelin wants you to put more tires on your car. 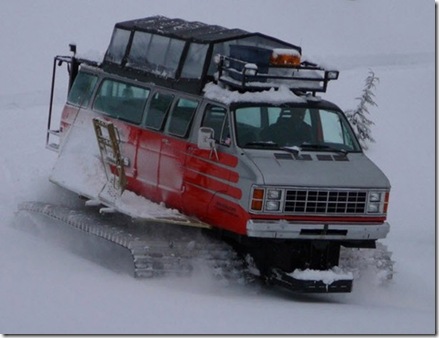 What a Chevy Van!

"Ouch!" is right, Jack!
I'm going to ask DH to look at this, as well as Robert's link. (Meanwhile, I'll be over there in the corner with my thumb in my mouth ... weeping for the grands.)
For some reason I'm reminded of that bittersweet song from Camelot, "Don't let it be forgot, that once there was a spot ... for happily ever-after-ing ..."

You have to live within your means or else there will be hell to pay.

All these figures make my head spin. I hate numbers. I like letters and words buttt I know what you say is reality.

Its got to start sometime that cuts are made, might as well start it sooner than later; only going to get worse if we don't I do believe

That much money boggles my mind. Thankfully, I don't deal in figures that big here. Hope you all are having a great Thursday!

I don't have a problem WITH cutting Obama Care. (Just typing that makes my head dizzy...because it seems to be an oxymoron.) I think it should be repealed.

Wouldn't it be nice if they could use the money printing machine and print all the money they need to get our country out of debt? Would that be counterfeiting? Lol. Take care Jean

I think that we all need to decide to buy a little less - or at least buy within our means - I don;t know if that would help or hurt our country. And we have to start asking for and buying made from the USA!
Hugs, sandie

Yes, feels as if there's a huge need for a kind of "reset button" for the world as we currently know it.

March promised to be rather rough. Whenever possible I try to shoot grass and alike on Thursday and Friday, as other stuff started to eat me nerves.

Please have you all a kind Friday.

That is to much for my brain to
retain theirs to if they would
admit it. I don't see how we can
get out of debt owing that much
money. It is really hard to understand. Cut the salary of
everybody who works for the Government.