Some people in this country have gone stark raving mad!

We have two grand sons in Utah. Years ago they would fly out to Belmont to stay part of the summer each year. 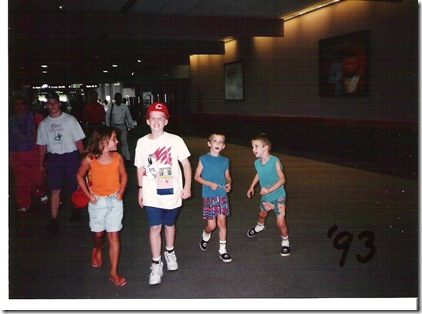 (Reece, Ben, Josh & Steve at Ben’s arrival on the concourse Ben came without Corey this time)

On one occasion we went to Cherokee, the home of the Cherokee Nation in NC. The boys bought small 5” replicas of muzzle loader rifles,   cheap poor imitations, just one little piece, no moving parts.

Later Leaving, when they started thru the security check Ben was stopped, and his little toy replica was confiscated. (This was long before the 9/11 tragedy) Corey had already passed thru and was waiting for us and Ben. Seeing the problem, he was going to fix it, so he walks back and said, “His toy is just like mine and you didn’t take mine.”  OUCH!  So they corrected the ‘error’ and took Corey’s toy. 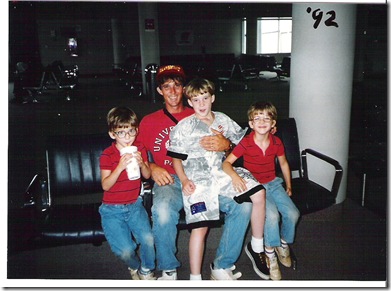 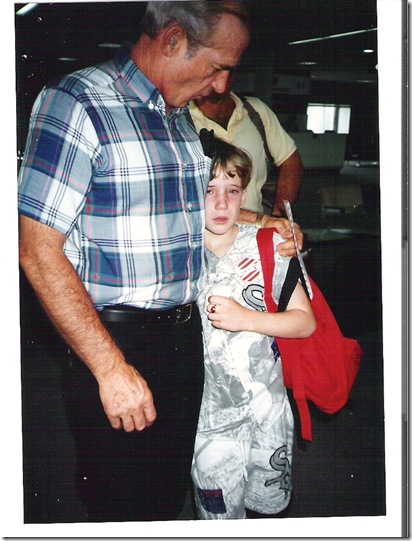 (Then tearful separations for the trip back, love this kid, he hated flying).

That was Airport Security and it was very ignorant. It was easy to see neither was no more a weapon than a ball point pen, not even as dangerous. Oh well.
BUT NOW! WHAT IS THIS?

A 7 yr old is suspended for nibbling a Pop Tart into the perceived shape of a Gun at Park School (somewhere). 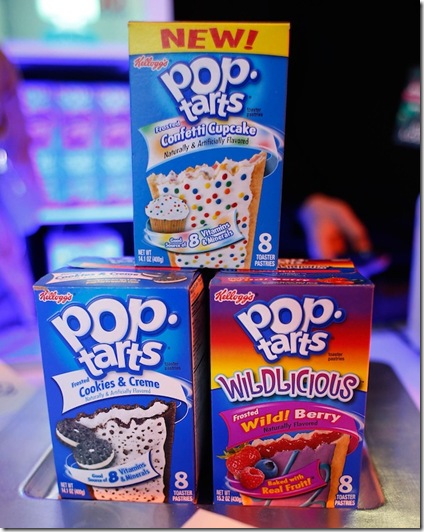 I guess we will have to remove the letter ‘L’ from the alphabet. if turned wrong, WHOA, it is the shape of a handgun!

WOW…NEXT? “That kid’s hamburger looks like a land mine, every body outside, call the bomb squad.”

At Schall Elementary School, Caro, MI a kid is challenged and his cup cakes are dangerous. They have WWII soldiers on top of them. It is his Birthday snacks for heaven’s sake.  With this approach when will they be able to teach history including many terrible times in our history where WAR was unavoidable.  These were toys that children have grown up with. 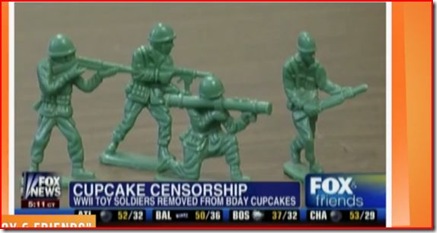 When did we get dense?

Sorry, but stupidity bothers me.  We have serious problems to be concerned with. Are we gonna make kids paranoid of how they eat something?

Life is as complicated as WE make it.

Back to simpler days: 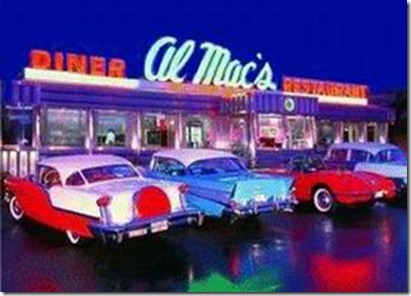 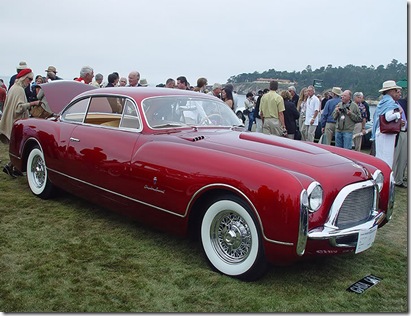 1953 Chrysler, They should have promoted that one!

Jack...you and Sherry won't be able to stay in FL any more. The shape of the state looks like a handgun. It is being removed from the Union.
This nation is going somewhere fast in a handbasket. Just sayin'....

I saw that about the toy soldier cupcake on the news and shook my head too. Anything to do with violence is being removed from the schools, too bad we can't remove it from their lives too. Drive by shootings in some places are a way of life. Like you said, history shows that there were time when war was unavoidable. Could it be that the removal of all signs of violence in our schools will change history??? The thing is that I don't think that everyone is doing it. That could make for some confusion down the line. Deep thoughts for a Monday. It's raining here. Hope you all are enjoying your 80 degree weather.

Wouldn't it be wonderful if they went out looking for real bad guys and not children eating cupcakes???
sandie

hmmmm....yes, life probably has too many choices, and most of the times, people in charge make the wrong ones.

Please have you all a good Tuesday.

I guess they are going to confiscate the history books too.

Yes as Shirl says our finger and our thumb was our gun and what fun we had running through the yard and it didn't mean a thing. Our world has become a pitiful mess.

Seems all common sense has been lost. We used to encourage kids imaginations now we stifle them. Hope your week is going well, Sheila

It is sad how the world is becoming; so paranoid indeed. I understand everyone is on edge with all the tragedies, but I think common sense is being lost in a lot of these cases.

Someone told me about the Poptart thing in Starbucks & I didn't believe it at first. The thing with stupidity IS, if it really bothers you, you are in serious trouble, because it is EVERYWHERE.