The “Battle of Athens, Tennessee!”

In 1946 was there a citizen’s rebellion? Did it Happen?

Ken, my educated cousin, is a grad of Georgia Tech, business man, world traveler, columnist, and all round good guy, he says that it did. 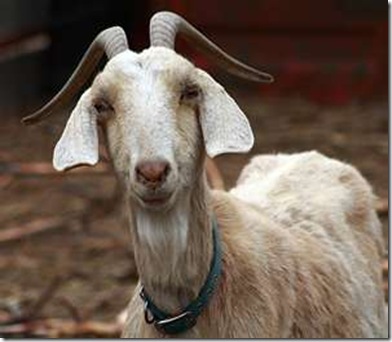 (Some folk say Ken is an OLD GOAT, Immagree)(LOL)

So I looked it up, you can too.  It is pretty much documented. A crooked Sheriff was running rough shod over the county citizens. Arresting who he wanted to and charging as he liked. It was documented at election time he and his deputies took all the ballot boxes and counted the votes. Only he, and people that the Sheriff backed, were ever elected.

Some of the WWII Vets got tired of it and challenged the Sheriff. They broke into the local armory and took some weapons after one election and demanded the ballots be counted in front of witnesses. The Sheriff and one politician escaped and left town. The Citizens arrested the deputies after some stand off, took the ballots out in the public and counted them, and for the first time in years, an accurate count was made and no one the Sheriff had backed including himself was re elected. 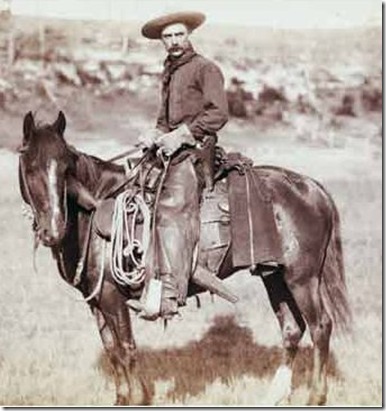 (I always liked the way cowboy justice seemed to work in the movies!)

I loved the story and movies of “Walking Tall”. It worked well for that county while he lived.

It has been quoted, the best leader is a benevolent Dictator.  I agree. But when the dictator is not benevolent, something must be done, i.e. Syria.

I do not see any dictator in the near future in the USA. BUT we must all be alert and do our part as citizens, vote and support our FLAG! 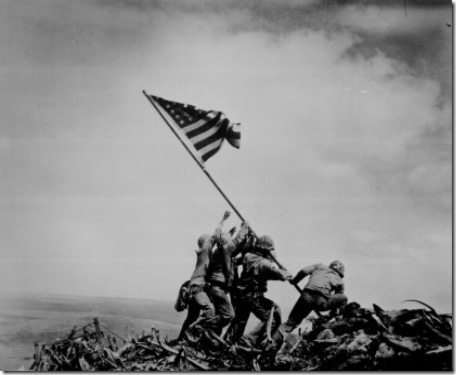 (Lefty, Sherry’s brother, was on Iwo Jima when this flag was raised!)

Life in the USA is good. This is the only country I have ever been a citizen of and I love it. Several times in my lifetime, I have not liked the administrations, but I knew no one man could sink this great country, it will survive. It has been hurt, morale has been low but we have always rose to the occasion. Most folks know me and that I am not a fan of the present administration. But my fellow citizens elected it. I can face that.

I am old enough to remember a slogan:

CLEAN HOUSE WITH IKE AND DICK

(I don’t think it worked though)

Right now, in my opinion we need to change every congressional office, and start over. Surveys say that 80-90% of Americans think Congress is misdirected. But by the same number every one seems to think their man/woman is okay, it is the rest that needs to be changed. As long as that attitude is here nothing will be changed.  I sure would like to see a wholesale change of congressmen.

The last service station I have! 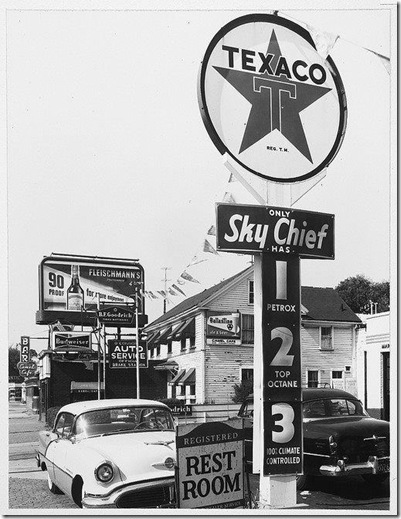 Hey catch the sign in the back ground. Fleischmann’s 90 proof. I’m buying their margarine TOMORROW!

Oh, yes we need to open our eyes to what is happening in Washington before it's too late!!! Great entry, love those service stations. Reminds me of the time back in the 60s and we stopped at one of those, all the kids were lined up at the 'white' water fountain except Robert who went to the 'colored' one...
since I was in charge of the troops ran and grabbed him, he protested "Colored water, maybe it's Koolaid". We got a big laugh out of that one! The innocence of children, priceless.

Haven't seen a Texaco sign in years. Sure would like to see those gas prices come back.

I don't know how many times or ways we can shout out what is happening but we are just not being hurt. I have a lot of theories why. But it saddens me for the kids of the future. We have a slick President - who is really a genius. My favorite was Ronnie - I loved him.
Sandie

I agree with you. I am proud to live in this country where we can vote and where our votes are counted too.

I better not get started on the
administration. We do need change.
I don't feel like they know any-
thing about the real world. When
they get it thats all she wrote.
I will only say "GOD HELP US".

I do like the concept of overhauling congress; I think term limits would be a great start. I think if you make a career of something, you're going to continue to work for your advantage, perhaps not the advantage of your constituents.

For Congress, «Louis» advocates TERM LIMITS!
Limit them to TWO TERMS!
One in office, one in the Federal Penitentiary!

That's a '55 Olds Holiday and a '53 Chrysler in the service station photo.