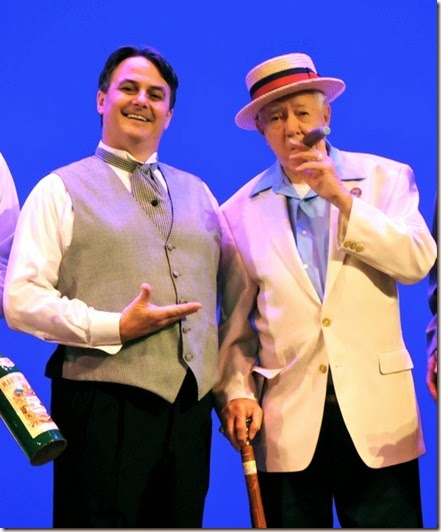 ****The article When Bill was 92****
****From the GASTON GAZETTE****
Who's your daddy? Son of actor/comedian W.C. Fields calls McAdenville home
There is a popular song that keeps coming back, asking the same question: “Who’s your daddy?”
I thought about that the other day as I sat and chatted with William Rexford Fields Morris. Bill went for years not knowing who his daddy was, and all that time (and even for evermore) he was the son of W.C. Fields, one of the most popular comedic actors ever to face a camera.
********************************************
The picture of Fields showed off his bulbous nose, his trademark grin and eyes reflecting a joke that he just heard or is ready to tell. Look at Bill Morris and the comparison is sure, although the photo of Fields probably was made in his 50s and Morris is now 92.(95 now) 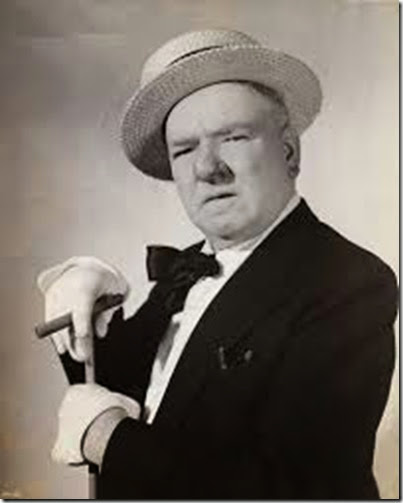 (W.C.Fields in 1940)
Bill Morris lives in McAdenville with a daughter. And at 92, he still enjoys good health and continues to fill the hours of most days with volunteer work, devoted to the projects of the American Legion, the Gaston County Veterans Council and the Last Man Club, serving as judge advocate of the Marine Corps League, volunteering at Gaston Memorial Hospital and helping with Gastonia Rotary Club projects.
He said he first learned about his dad when he was 12.
“I was living in a foster home at the time, in New Jersey,” he said, “and was told by my foster mother. But there was no love in that foster home. I was very unhappy, doing a lot of wondering, I guess.”

After he graduated high school, he left that New Jersey home and hitchhiked west, ending up in Dallas, Texas. He banged around there for a few years, met a girl that he liked and fell in love. Her name was Roberta, and she was a doll — a Ziegfeld Follies doll. They were married before Uncle Sam put him on a ship heading for war.
*********************************
“We made the invasion of Italy and on Sept. 6 got the news that Italy had surrendered. We thought this was going to be a cakewalk. We figured that within a few hours we would be lounging on beaches with Italian girls, drinking lemonade.”
It didn’t turn out that way. Before the war was over, his division would battle from southern Italy to north of Rome, invade southern France and march on through Germany and into Austria.
After the war, he stayed busy — along the way working with Braniff Airlines. He also joined the Marines and worked as a recruiter (“I became a Hollywood Marine.”)
When Roberta produced their fourth child, that was enough to keep him from Korea. He fulfilled his Marine Crops obligations, retired and then spent 25 years with Junior Achievement, Inc., where he was executive director in Orlando, Fla.
*******************************
“I had a friend in Colorado who ‘found’ me, discovered where I was. He also was a friend of my father. My dad didn’t know I was alive. They ran a DNA and found that I was of the W.C. Fields lineage. It proved that I was his son. So I now belong to the W.C. Fields Fan Club.”
Morris remembers that his dad “always sent money to take care of me until I was out on my own.” In all those years, he saw his father only once.
“I went to see him in Encino, California. We sat in a car and talked. It was cold. My feet were cold. He gave me a pair of fur-lined boots and enough money to get home. I was about 16 or 17 then. Another time when I was a corporal in the Army and married, he sent me an autographed picture and 100 bucks.”
Bill Morris is an active, fun-loving, outgoing 92. (now 95)*********************************.
“You’ve got to keep your mind active,” he said, “and you must have the ability to laugh at yourself.” He also said you have to develop a love of people and a sense of caring for others.
One thing is certain, however. He knows the answer to the question: “Who’s your daddy?”
www.gastongazette.com ^ | January 03, 2010 | Bill Williams  Taken from the Gaston Gazette history files.
Nite Shipslog
PS:
Bill & I have something in common, the USMC. He is such a pleasant guy, I always smile when we meet at the hospital where he volunteers, at 95 he helps OLD folk around.
Shirl and Smoky have taken Bill and his girlfriend out to dinner. And they have visited in her home.
<<<<<<<<<<<<<<<<V>>>>>>>>>>>>>>>>>>> 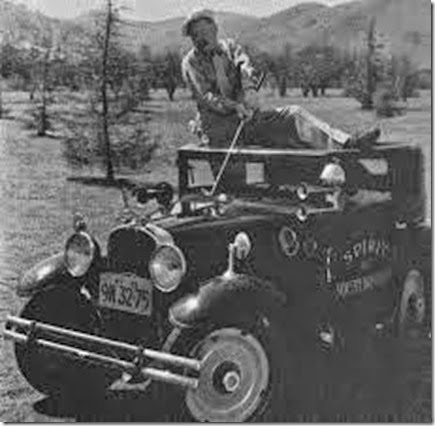 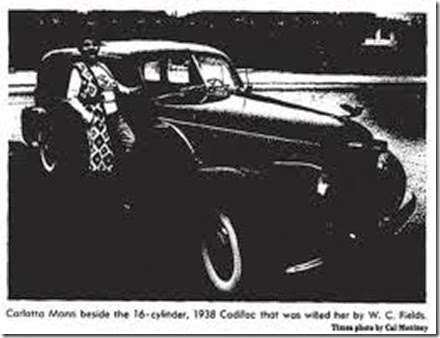 Enjoyed reading the story of Bill. It makes you wonder why he was in foster homes, though W.C. did send money for his care. But I guess it was a different time back then and these days his earlier life might have been different. It does seem though that he has had a happy well productive life!

Glad to see your blog about Bill.
I had lunch with him about 3 weeks
ago. He has moved to a retirement
home. I sat with Bill and 2 of his friends and we had a ball talking and laughing. He still has a sense of humor. Everybody would stop and talk to him. He still makes speeches. Someone
comes by and picks him up. When he
goes out he makes sure he has
his Marine Cap, His mind is
still sharp but his steps are getting a little slower. He gave
his driver License up..he said I
think is was best.

That is interesting. I'm glad he's enjoying a nice long life there, even though he had a tough beginning. I'd heard of W C Fields before but never his son. It's a balmy 65 here today but high winds are blowing some colder air back in our way. Maybe snow for Thanksgiving.

What resiliency, huh? That brief encounter in the car sounds cold in more ways than one. And seriously, getting an autographer picture? :( Who might have blamed your friend for turning into a bitter sort! Instead, he goes on to work with JA and volunteers with a smile on his face?
We should all take a page.
How blessed you are to know him, Jack, and call him friend!

What a fascinating fella. Thanks for sharing his story.

My gosh! Great story. What did they talk about in the car? I would have loved to hear that conversation. I wonder if Bill softened up a bit with him. Thomas Falater, Little Rock, AR