I am eating a big glass of cornbread and milk. I know folks today have renamed everything, so this is my ‘comfort food’.  I cannot remember when I didn’t like cornbread and milk. I was raised to know three kinds of milk.  Sweet milk was how it came from the cow, Butter milk was sort of a clabbored (sour) milk with butter specks in it then the blue-jon I think was the milk left after it was churned. Mama used the blue-Jon to cook with, or it went to dad’s hog.
We do not put sugar in our cornbread. 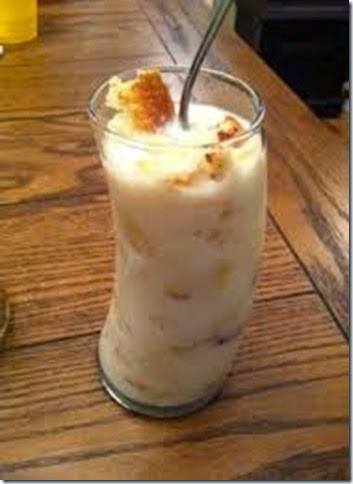 (This is a crooked glass of corn bread & Milk!) 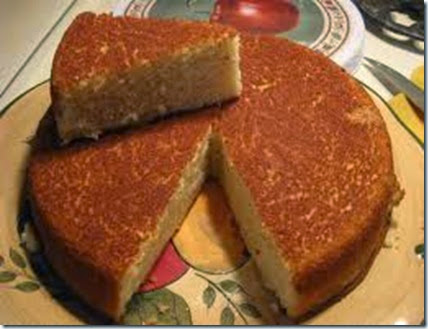 Milk is like everything else in the world, folks cannot leave it alone(gotta have variety). Now we have Whole Milk, 1%, 2%, and no% Fat milk. Plus almond milk, vanilla flavored almond milk, unsweetened almond milk and the list goes on to soy milk etc.
I have never tried Goats milk, that I know of. I don’t think anyone milks a horse, do they? 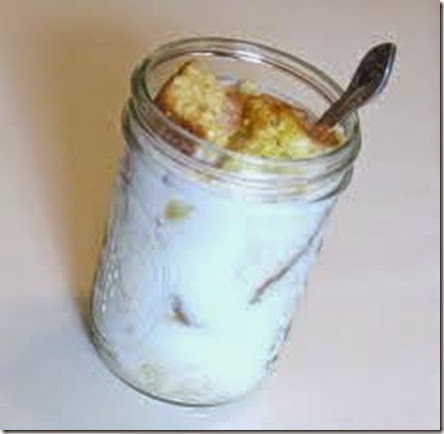 None of that matters, because I am a cow’s milk man. We drank non-fat milk for awhile until I read we need some fat so we are now back to 2%.

I hate it when the glass/bowl is empty. I get a down feeling, is that all there is? I don’t believe I have ever emptied a bowl that I could not eat another.
Is cornbread and milk a nationwide combination?  Or just a Southern thing?
Thanks for stopping by the log.
Nite Shipslog
PS:
Blonde joke (male version)
A blonde man goes to the vet with his goldfish. "I think it's got epilepsy,” he tells the vet.
The vet takes a look and says, "It seems calm enough to me." 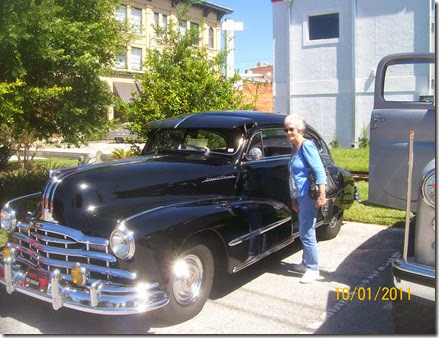 I prefer very thin cornbread sliced and fill with butter. I haven't had that in many moons. Maybe I will go to the Kitchen and put some in the oven right now.

I think it is a Southern thing,it may only be North Carolina...need to check. I wonder if today's young people are familiar with cornbread and milk. Should be
interesting.

It is a southern thing and I love it, but I eat it with beans and onions with butter! I like the crooked glass! lol

Its got to be a southern thing because I've never eaten cornbread and milk together. And I admit, I do like sugar in my cornbread :) It does look good though! It is amazing what they "milk" these days, but I don't think they milk horses :)

I love corn bread and have had it with milk but my favorite is with pinto beans. I like to slice a little onion on top of that too. I'm thankful that I've some southern ancestors as they do know how to enjoy some good food. It was 36 here this morning so your chilly 51 sounds pretty good. Hope you both have a super Saturday!

Honestly, I never thought about cornbread and milk! Apart, I've a 'take it or leave it' attitude; but this looks really delicious!

Like the bottom of a cereal bowl, do you enjoy slurping ('scuze!) the last of the liquid that contains bits of meal?
Simple pleasures!

I never understood how my Daddy could like buttermilk and cornbread so much. I do like the cornbread part.

I prefer buttermilk and cornbread, no sugar in the cornbread here either. The others here aren't fond of buttermilk unless it's cooked in something...such as biscuits or cornbread. That's okay, leaves more for me :-D Take care, Sheila

I love buttermilk and cornbread too. Cornbread is actually one of the things I make well. Mine is delicious.

We don't eat low-fat anything. We just eat the fat stuff in moderation.

I have never had never had cornbread and milk. Though since you mentioned it, it does sound like a winning combination.