Results are in…. Plumbing..

I mentioned on this blog a couple weeks ago I was debating choosing a plumber. 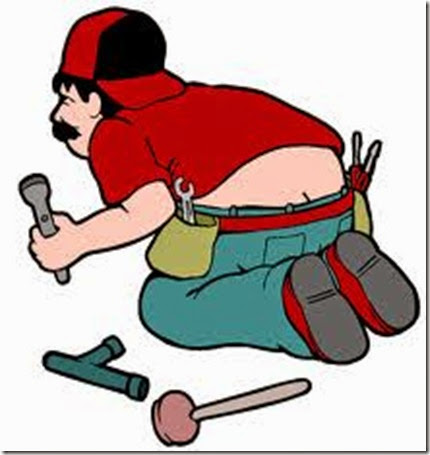 When I was building I had two good and reasonable plumbers but they have fallen off the face of the earth, I cannot find them.

Anyway I decided on one.

After they told me the job was done, I talked to my grandson who lives in the little efficiency and he said there were no leaks but there was no  hot water. Later he called back and said yes hot water, but on the wrong side, that was why he thought there was no hot water. 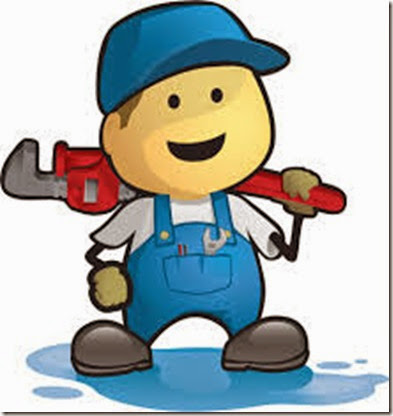 I still didn’t have a bill. So I e-mailed “I need a statement and I also need to talk to the technician ‘Ron’ (now plumbers are called technicians)   He should e-mail me when he comes in.

I really did not want to tell his boss he didn’t know which side was cold. Instead of the e-mail he called, I hate that, it puts Sherry in the middle. Anyway she explained the problem and he said, “Yeah I wasn’t sure about one connection.” WHAT!!!!

There must be two connections that are wrong. Simple, but wrong. 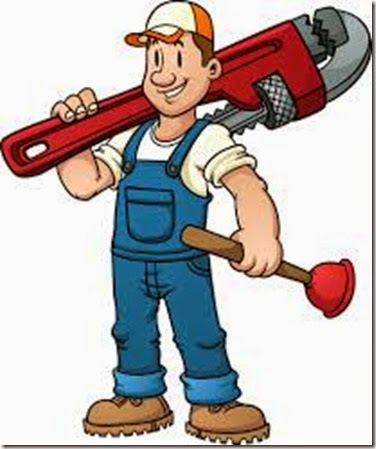 So mentally I am adding up costs for this job. It is a simple job. I did the job and it leaked. I used a new system (to me) with a clinch clamp. A great simple system, but it leaked. I know the problem was mine. But I also know how to fix it. and I could have done it for less than $20. 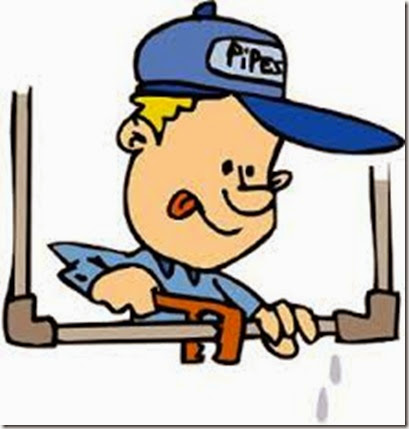 Every time I figure a job my son Mark always says, you better double that. I guess I am out of touch, I refuse to admit it. But the bill came in, $325

EXACTLY double what I told Sherry.

I am going to plumber school!

But the bill is paid, water down the drain, or under the bridge.  However I will not use him again. I could have driven home and fixed it for that price. And hugged Stella for a bonus.

From Paul (louis) on the west coast, vehicles in advertisement : 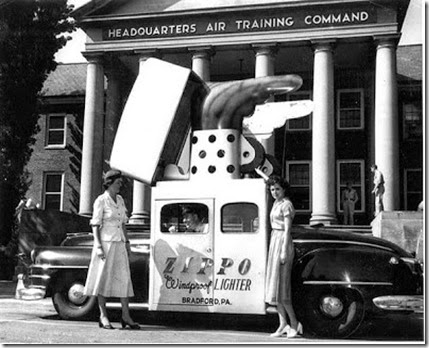 Hey, that was Taken in front of the
ATC, I worked for them once.

That bill does sound a bit steep but those technicians do get paid more these days. Everything that is fixable comes at a high premium. A friend of mine just mentioned she had some pluming done and the hot is now where the cold was. I never thought that might effect the toilet too. I'll to check with her on that one. Ha!

I remember my plumbing jobs,"Righty Tighty, Lefty Loosey" I hated to solder joints and connections, always would have a pi$$3r coming out of a freshly soldered joint, my brother however could solder upside down, over his head and a pipe that was tight to a 2 x 4 without starting a fire. I always kept a bucket of water near by could always count on smelling burnt wood!!! Oh Well, Memories....... You 2 take care, Blessings to you both from Snow Country!!!

Every plumber we've had gets you coming and going price wise. That is why I hate having to call them. But when you need 'em what are you going to do???

I think I told you about both my bathtubs having the cold and hot reversed. I ask a handyman who was installing my gutters. He said ohhh I would have to take that whole living room wall out. I was pretty sure he was conning me so later I told my son-in-law. With a pair of pliers and a screwdriver and about five minutes he had them reversed with no charge. Wish son-in-law lived closer.

Hubby's parents had their bathrooms remodeled years ago. The contractor mixed up hot/cold then so hot is on the right, cold on the left for the showers. I'm used to it now but would forget when visiting and always got that shock of cold in the shower until I remembered the reverse. However, I don't think the flushing water is hot, but now I'm curious and will check it.

Two professions one "should" be. Plumbers and vets :)

It is stressful when things go wrong or breaks. Things can be fixed
don't why we get torn out of the fame with worry. I pray everything
stays in good shape..Don't need
anything happening with all I have
going. Meetings and Leaves.

I can't wait for handyman hubby to get home from helping fix a buddy's plumbing leak what he thinks of that $$$. Then again, we're out of touch, as well.

OMG, what a story! Sounds a lot like what I've experienced of late, agree with you that a plumber's bill can cause a heart attack unless you're prepared mentally to double what is already an exorbinant rate, really $90/hourly to LOOK at your p-trap or whatever??? I'm so fortunate to have guys in the family that can do it all! Just sad most are twelve hundred miles away, did get electrical advice via phone last week from Ken, our electrician. Decided NOT to touch that wiring myself, haha! Love and hugs from Chobee!