Henry Ford II's autobiography, "Never Complain, Never Explain", I read it for one reason. That reason was to see his recollection of firing Iaccoca.  Iaccoca had been the most successful CEO of Ford and Ford II called him in and fired him. When Iaccoca asked why? Henry II said, "Because I just do not like you!"  The account was the same in both Autobiographies.

Most of us want to be liked.  We will go out of our way to be pleasant, even under trying circumstances. I remember what my dad said to folks, "Please don't tell me you do not like me, I think everybody loves me."

Just after a hitch in the USAF, I studied and passed a ministerial exam and received my license to PREACH.  I moved our little family into a converted chicken house in Missouri to pastor a small church. Those folk were the salt of the earth. WE still remain in contact with the folk.

We were later assigned a church in NC, where we loved the folk and built a SS department and fellowship hall.

Soon we were asked to move to the New Hope Area of Gastonia, to organize and build a church. We were amazed at the growth of the little church. Again some of the most wonderful folk in the world. The Grady Allen family were charter members. The family was 3 beautiful talented girls and two ambitious boys.  One of the boys was destined to become a successful building contractor. Grady has passed, but Mazie, the mama, is still one of my girl friends. 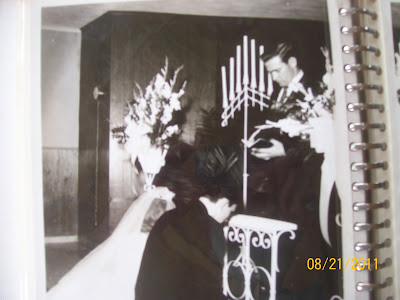 (Pictures taken from their wedding book)
Linda the middle girl fell in love with a young kid, Steve Thompson. It wasn't long until he came to me and asked if I would perform the marriage ceremony. They were too young, but since I had married Sherry when I was 17, and, well shucks they looked so in love. They declared they were serious. 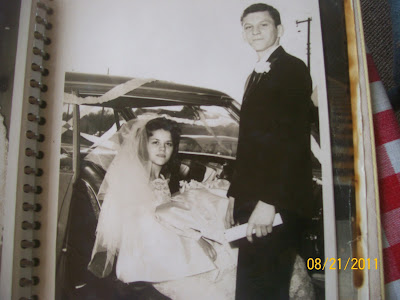 Steve and Linda Thompson were serious. I am writing this on Friday night, because Saturday we will leave the backwoods of NC and head to Anderson, SC to help celebrate 50 years of marriage.  They have been very successful, Steve is retired but is still a consultant on Nuclear power. Yeah, the tall skinny kid who stole one of our piano players.  They make a beautiful couple. So at least I did do one good thing in my short stint as a preacher. 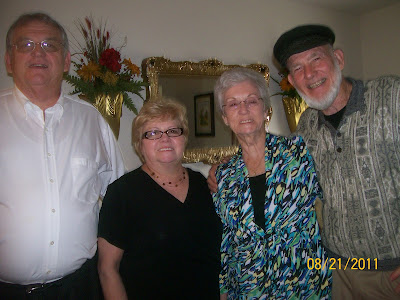 (I have no memorable moments of my short career as a Roach Coach Driver,  Computer Repairman or Radio Operator.  LOL) 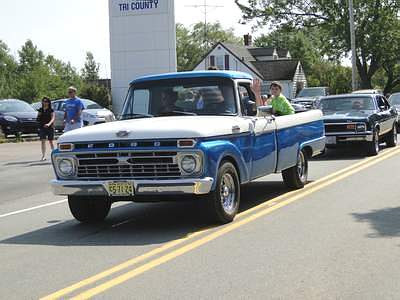 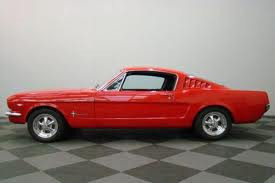 1966 vehicles, new when Steve and Linda were married.
Iaccoca was the father of the Mustang.
Posted by jack69 at 11:18 PM

One thing we can say about our family we have all had interesting lives.
Odis building replica USSNC, Jun owner of China and Craft Shop..You and your careers me married to an Aerospace Engineer and could have gone to the moon any time. Enjoyed bringing back old memories. Good Blog

Both beautiful couples, then and NOW!

Funny, how Ford felt comfortable firing Iaccoca just because he didn't like him. Nowadays, I can't imagine how anyone could get by with that (legally).

Happy anniversary to the couple. Neat you and Sherry can help them celebrate this milestone and that they took their vows seriously all those years ago.

I'm sure you did a lot of good things as a pastor and Sherry as a pastor's wife.

That is an anniversary worth celebrating for sure ! You did good marrying them and it's wonderful that you can be with them to celebrate 50 years !