TV to me means confusion

Over the past 20+ years we probably averaged watching TV on the outside, 15-20 hours a YEAR.  The times we watch TV is normally when a national tragedy happens. Shirl knows we do not watch TV, so when something of note happens she immediately calls and says turn on the TV.

During the two implants we have spent time in motels. I am always amazed how fast the reporters must speak and WOW, the # of commercials. I declare there are more commercials than programs or news.

I do crazy things sometimes. I have a 'person of kin' who can talk non-stop for 20-30 minutes at a whack. I once tried that alone in my truck on the way to a job, and it was impossible for me to do it. I CANNOT think of that many words. 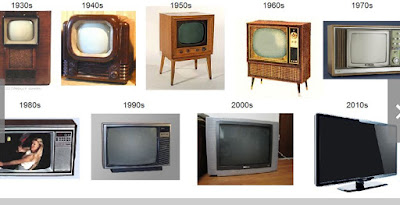 Now I find myself (after watching a BLITZ of words on TV) trying to talk as fast as they do, even southerners.  I can't say words that fast without twisting my tongue.  I remember 'Tongue-twisters' jokes as a kid. (one about a 'Pickle picker') Some you had to say fast turned out completely wrong as you tried it, giving lots of laughs to your friends. 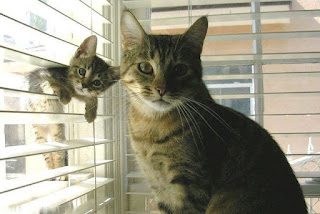 (Can we come in and watch TV)
Amazing what can be done and said in 10-15-20 second commercials.

This last time I could not pay attention to the TV longer than 15 minutes.  WE left it on for a couple hours, Sherry can follow it but NOT ME! 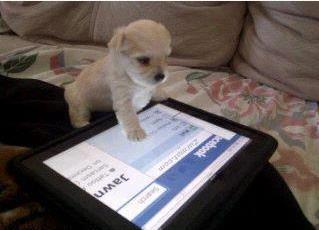 (He thought it was the TV guide)
When I quit watching years ago TV  in my opinion becoming a sort of brain washing thing.  The BAD news repeated about every 30 minutes or so on the news channels having you believe the world was going to hell in a hand-basket. There were no good folk and there was a bad guy behind every tree. 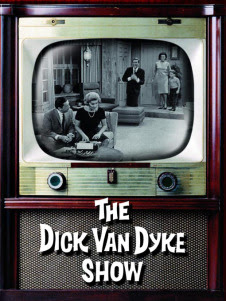 Traveling, blogging and meeting folk has taught me one huge lesson, the world still is filled with good folk. I have found honest auto repairmen in FL, PA, NY, and ME. I have met helpful folk in every state and many countries. France, Belgium and Germany stick out as friendly helpful folk that we have met. They helped us overcome the language barrier. 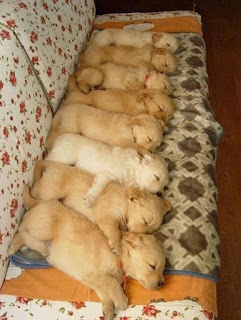 (COUCH POTATOES)
I do not blame TV for taking so much time, because the computer does the same, with a big difference,  I am interacting with the computer rather than being a couch potato or sponge, soaking up BAD NEWS! 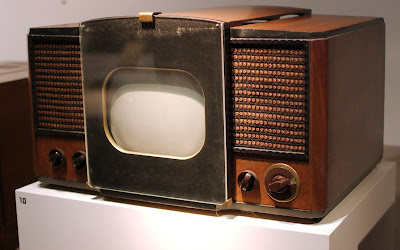 (The first TV I ever did see was this one, My brother Odis brought it in from NYC, he was a trucker. There was no TV station near, so we just watched a test pattern and a fuzzy screen))
Thank you for stopping by the Shipslog, there are a lot of other things you could be doing. 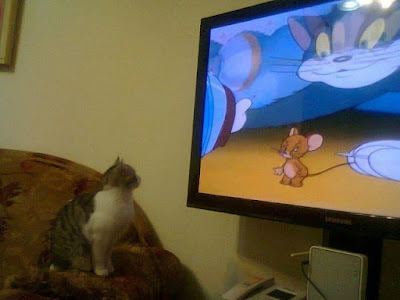 (The safe mouse)
Nite Shipslog
PS: I reread this and it makes very little sense, but I am still publishing it. Over look it.  I feel sorta empty headed. 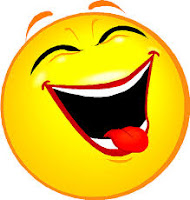 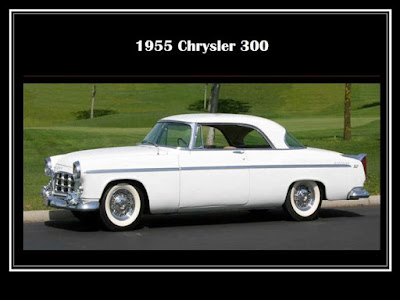 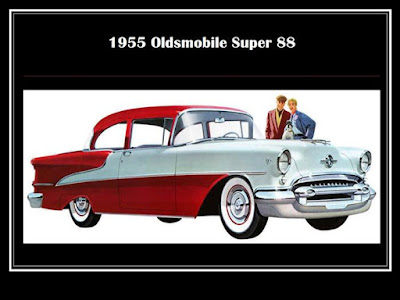 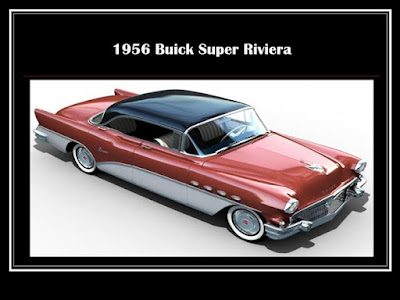 I tend to agree with you about the news being bad news over and over and the length of the commercials is excruciating. Whenever there is a movie I want to watch, I'll keep a book in my lap to read when the commercials come on. It seems they go on forever. More than not I'll read rather than watch tv but now and then there is something I want to watch.

The way the news has been this week I was thinking the end of the world was coming and better get ready. It has been stabbings, shootings and breaking into gun shops. I guess I better find my gun and learn how to shoot. I know this sounds like a downer but the news this week was bad. But life is good

I used to keep the TV on for background noise when I was alone, but now I keep it off. I enjoy the peace and quiet now. Have a great weekend, Sheila

When John falls asleep I sneak in and turn the TV off then he wakes up. I'm not a TV watcher except I do watch the local news being the San Antonio news. I treasure quiet. I have discovered Dateline and like it. John uses my old TV to sit his newer one so I call it our Redneck Entertainment Center.

We don't watch TV news at all. I read several newspapers and I get news alerts on my phone if something significant happens.
But some evening while we eat supper, we watch movies. We have a ton of movies that we love. Many of them we've seen several times but We rather watch something we enjoy than waste a minute watching something we don't. And, commercials drive me crazy.
R

Makes perfect sense to me.
When commercials outrun the program 3 to 1, I decided enough was enough.
I DVR programs that I am interested in and fast forward through every commercial.
My Daddy and Mama haven't watched TV since 2008, and they haven't missed it one bit.
Continued healing to you, Jack.

I watch little if any tv myself. I pick up everthing I need online.

Those images of early televisions crack me up!
Aside from sports, our actual WATCHING the 'boob tube' is slim to none.
There's so little quality anymore, and it seems so much of the news is plain old inflammatory.

PS - On a personal note, back when I worked for the TV station, before the Fall premiers, we'd receive the 'new' shows on VHS. It never failed to amaze me how short a 'half-hour' show actually was with no commercial spots!

I could live my life without tv. About the only thing I enjoy is curling up in my chair on a rainy day and watch a life time or Hallmark movies while I crochet. I sick of politics and bad news.

Some things aint worth the sound.
Happy Easter
Lisa

TV is like everything else they have done with technology; it isn't a bad thing but they kept adding on to it; channels used to go off the air after a certain time, now 24/7 TV. Just a few channels available, now multiple channels. It does take away from family time and sometimes does end up being the "babysitter" for parents with young children who need a break. I am not a big watcher, but sometimes it is on just for the noise especially if by myself at night.