There are several states we have traveled in many times. Idaho we had only  'set foot in', but in 2010 we took time to drive a little more in depth.  There was one spot I had always wanted to visit. On the map I was always drawn to 'Craters of the Moon'.  It really sounded interesting to me. 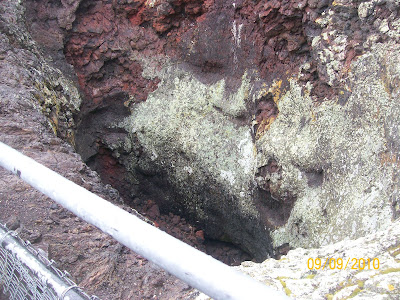 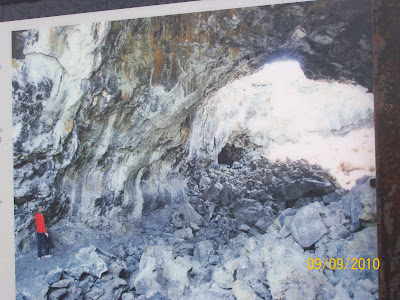 It was raining and good photo's were impossible.  The white strip is sand. 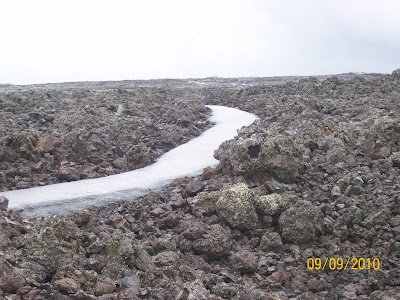 Like every state, once you get inside it's borders you see things you had not thought of, or hear of an interesting spot to see.  Remember Evil Knievel?  Our sons were interested in Motorcycles in their youth so of course Evil was followed intensely. Well one of the facts I had forgotten was his failed jump over the Snake River Canyon. 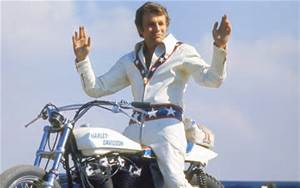 So with this new discovery, it was off to find the spot of the jump. There were  many beautiful spots and water falls on the Snake. We began to really enjoy the search.  WE found it near these falls. The property is private where the jump took place so we did not get to the exact spot, but could see the area. 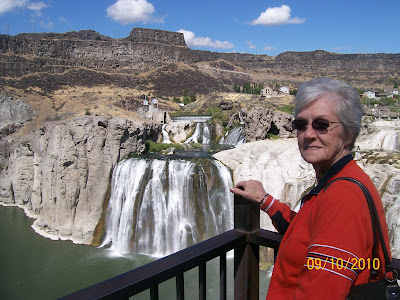 We did find the Caters of the moon, but it was rainy and Sherry did not venture out much. I did enjoy what I saw,  But I learned there were a lot of cinders from intense heat that once covered the area. 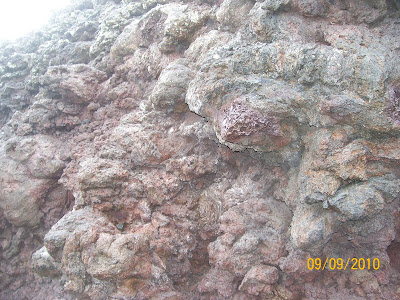 Leaving there and driving thru the country we learned something I did not realize. The worlds first nuclear reactor for a power plant was developed in Idaho. 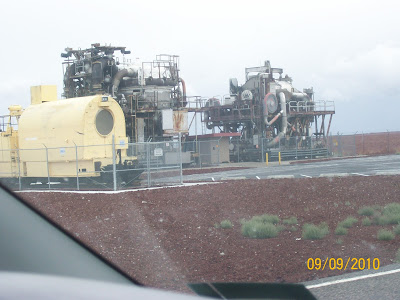 (This is actually the first nuclear power plant)
After seeing the Nuclear development area, we continued thru some absolutely beautiful Wheat fields . 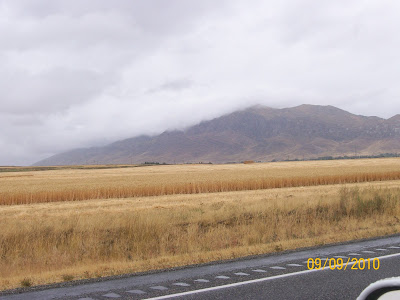 The seeing some Barns that seemed to be set into the ground I questioned on the internet that night and a local came on and explained these were spud houses. SHUCKS of course the Idaho Potato. 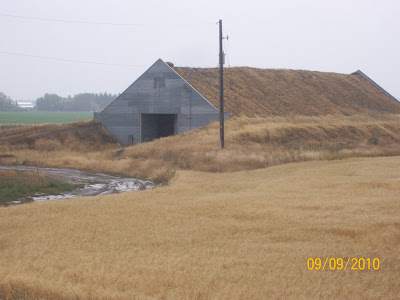 WE were off to the Potato museum... 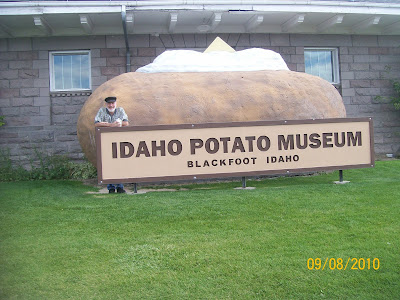 We also saw this beautiful LDS Temple in one of the towns, the setting was beautiful. 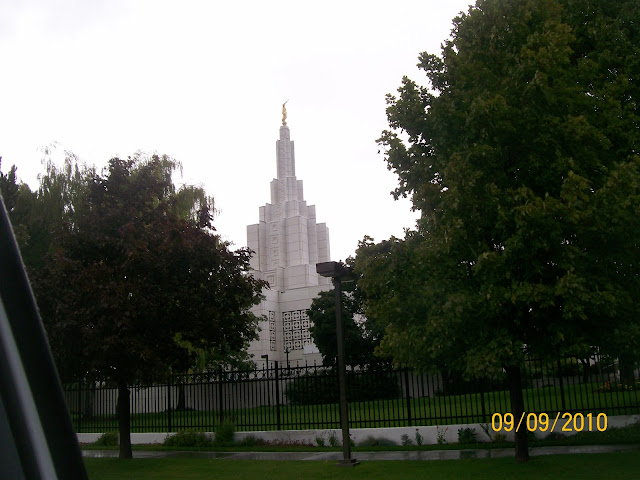 Oh I would be amiss if I didn't say, WE stopped at a 'STINKER STORE'  evidently a chain of convenience stores. I did smile at the name. 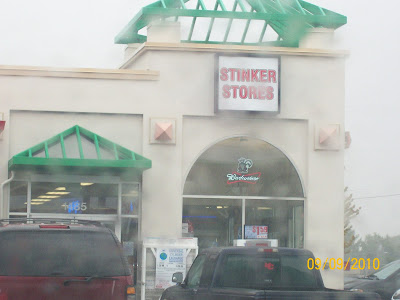 That is not all of Idaho of course, but for some reason I got it on my mind tonight.. 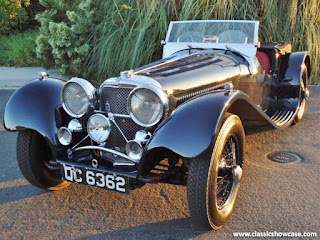 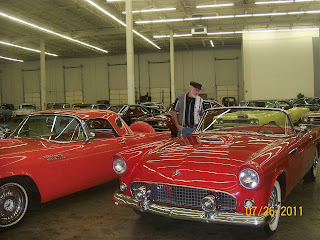 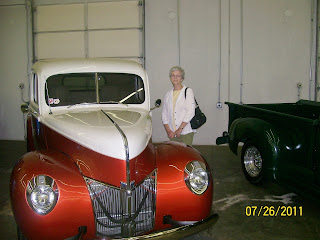 I think it would be fun to visit the Potato Museum :) We lived right next door to Idaho when we were in Montana but never went there to visit; it does look like a scenic state!

looks like ldaho is not much green yet very attractive state to visit seems little unique in pics ,glad you enjoyed your visit dear

I always enjoy your trips. Makes one wonder how that Stinker store got it's name???

Thanks for the trip to Idaho! Interesting stuff and great pictures. Sherry is beautiful and that spud house is unique. The stinker store made me giggle.

I'd quite forgotten the nuclear reactor originating in Idaho. Palo Verde (purportedly the world's largest nuclear plant) is but 35 miles from our house!

I like those spuds fixed anyway. I would think the museum would be interesting. I've never been to Idaho. Oh and I like that red and white truck with pretty Sherry standing beside it.