A little of Southern Arizona

I'm laughing.  I just heard Sherry's computer make a noise. She said it is a notice to take my Statin. I was just wandering if I had taken it. LOL  I am not a great believer in pills, although I do take the statin and vitamin because the Dr. said I should. Anyway sometimes I forget if I have taken it or not. But it doesn't bother me one way or the other. LOL

We travel a lot, but this is not a travel blog. Since a child I have loved to travel. I have this funny attitude. When we sit some place 2 weeks I am ready to go somewhere, and I start thinking. 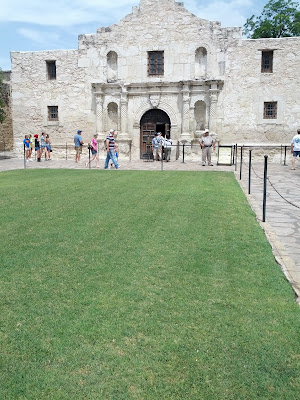 (The Alamo, the battle took place in 1836, the USA has had a lot of Battle cries, but none as well known as "Remember the Alamo)
Yesterday it was Idaho, today I was thinking about cowboys. Cowboys are TEXAS. I love Texas. San Antonio is our favorite spot. We had lots of reasons and the last time thru we met the Cowgirl Poet Paula and John the rancher for two more reasons to love that area.     (http://pl78064.blogspot.com/).

2001 we decided to winter in AZ.  We did not take in the whole state, that is for sure, but we enjoyed some of the COWBOY part.  We stayed at Fort  Huachuca and drove around and later went to Yuma and Gila (He-la) Bend. 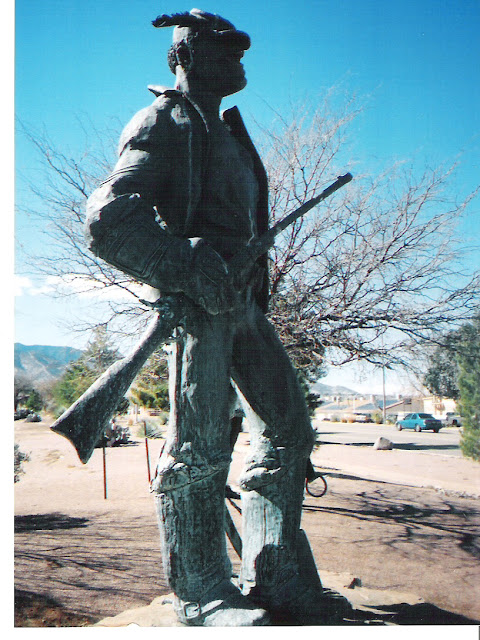 Huachuca (WA-choo ka) is the home of the Buffalo Soldiers, very Interesting on its own, with a great history.  From Huachuca we  traveled (day trips) to Tombstone, ghost towns, Wilcox, Cochise's Stronghold and the Chiricahua Monument. 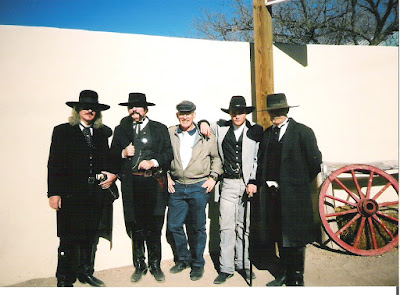 (Of course they have a reenactment of the OK corral, Here I am with the good guys)
Tombstone is Cowboy history and stuff. Everyone knows of the OK Corral.  The Earp's and Doc Holliday against the cowboys. Tombstone was one of my favorite spots. Tourism is fair, but not BIG, you know, shoulder to shoulder crowded. It is no problem to wander around and at times think you have the whole town to yourself.  It is hard to believe the time of the Earps in Tombstone was in the 1881 era. 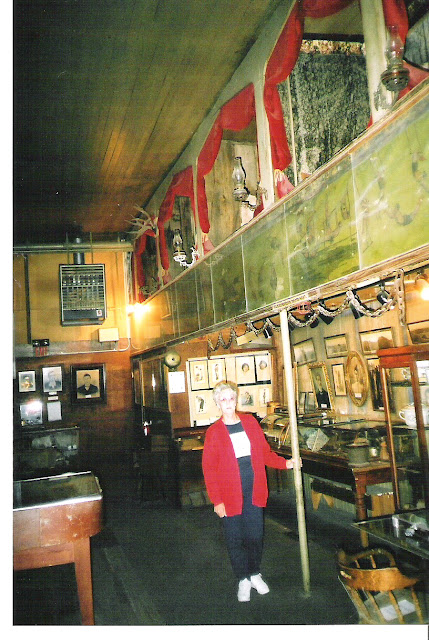 (MY girl inside the Birdcage, this is where Wyatt got his wife)
One morning I was shocked, we woke up to 1-3" of snow. That was the day we planned the Chiricahua Monument. I had no idea what to expect, but the formations were fantastic. 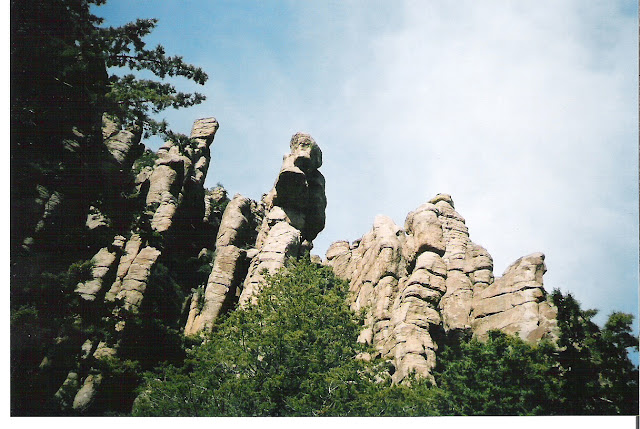 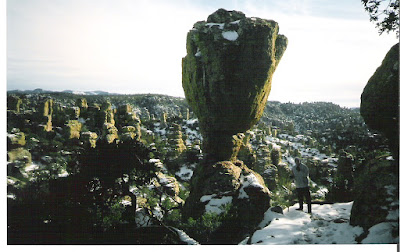 Since we were close we had to go to Wilcox, home of Rex Allen .  We thoroughly enjoyed the small town museum. FAntastic. 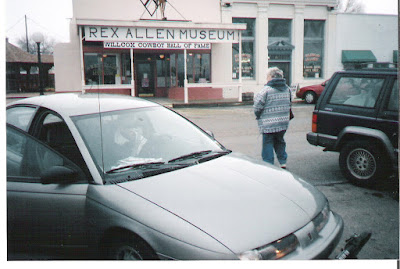 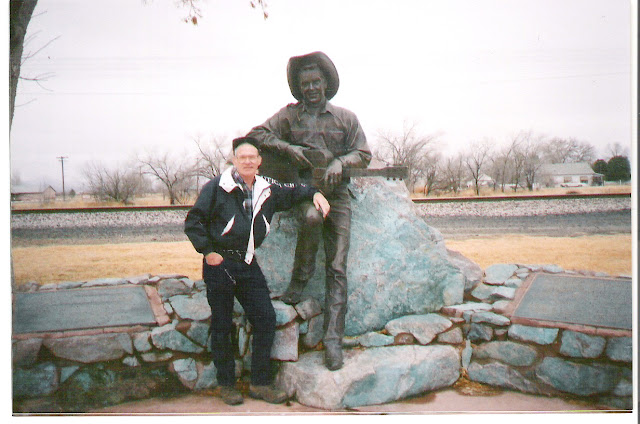 (Me 'n Rex)
This only starts to tell about Arizona, I loved it. 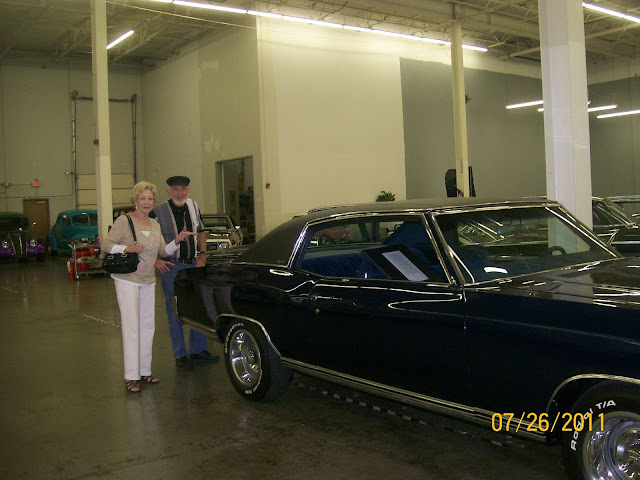 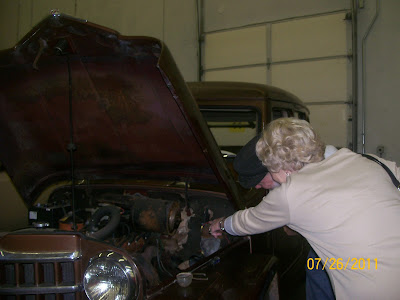 Shirl, Sherry and I were looking at classic cars in Charlotte, it is hard to keep Shirl out from under the hood. 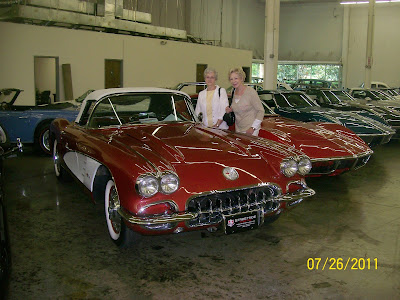 Then Sherry and Shirl thought they would be cool in the Vette.

Just look at them girls! They need to drive around in a hot rod for a day and you dear need a cowboy hat!

I haven't been to all you mentioned here; just drove through Tucson a few times. Will definitely put these on my "to see" list. Arizona is a really pretty state and except for the hot weather (which a lot of other places have to) it really is very pleasant to live here too. I thought I would never say that, LOL :)

Why, I'm thinking it's time you came this way again! (*smile*)
I'm embarrassed to admit, I've been here almost 14 years and haven't seen the many spots you've showcased!

LOL about remembering to take your pill! I used to think those Monday-Sunday pill keeper boxes were just for old folks ... but ever since the nice folks at Cigna sent me one to commemorate my 65th, I've become dependent on that little gadget!

Thanks for the shout out. Don't forget to go see the play "Texas" if you ever get the chance. While you're there you can see "Amarillo By Morning". That is just a joke but you can.

Sherry and I loved looking at the classic cars. Of course we have fun no matter what we find interesting. Life is good and did we have a fun time tonight. When Sherry was taking the pictures I was thinking they will show on on your next blog.

I love classic cars too. That Vette is my favorite body design. They were similar for a few Hearst, 59 and 60 I think.the local Chevy dealer has one in his showroom.
We've been to Arizona a couple times and loved it.
Rick