We drove a little over 400 miles yesterday for the 50th anniversary of Steve and Linda Thompson. The drive took us just a few miles shy of the Georgia line. 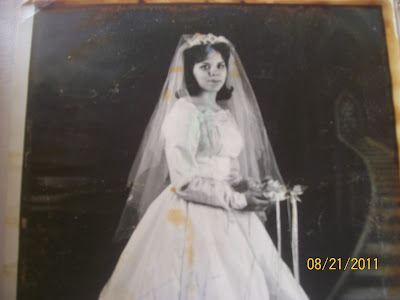 1966  Linda was a beautiful Bride,  She is still beautiful today!
Of the wedding party of Linda and Steve, there  are only five left alive, and we were all there.   Linda's mama, Mazie, is one, and she was there. She is near 90 now and a sweetheart. 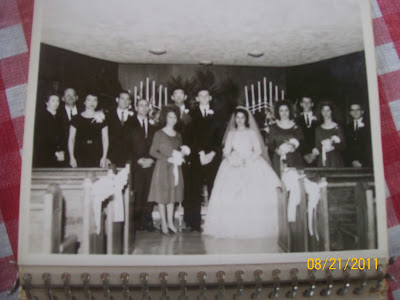 1966 Wedding party
We were fortunate to drive right thru our home town and Sherry could leave some money and instructions for Sherece to put flowers on Sherry's parents graves for Easter.

My family is not much for decorating graves, and none are very near anyway.  Sherry loves to do it, she knows once she is gone it will never be done again. Funny(not haha) thing, death and graves, humans look at them differently. Sherry's parents are buried in Belmont, NC.  I was a builder in that area for a long time.  Sherry's mama died in my arms as I tried in vain to revive her with CPR until the medics arrived.

That was special to me, and many times, if I passed the cemetery I would stop and have a talk with Susie. She was a wonderful Mother-in-law. I grew to enjoy some private quiet time at her grave.  I mentioned it years later to someone and Sherry heard it. Later that day, she said she did the same and SUSIE never told her of my visits.  Well that is not exactly how she said it, but I knew that is what she meant. LOL

Mentioning graveyards, Paula @ http://pl78064.blogspot.com/ spoke of a egg hunt in their grave yard. I bet the kids love it.

Age is showing up on us, I am still tired.  Driving the Motor Home 400 miles,  is not tiring, a car is a different story. 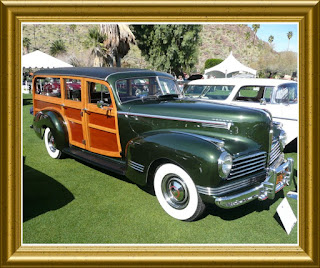 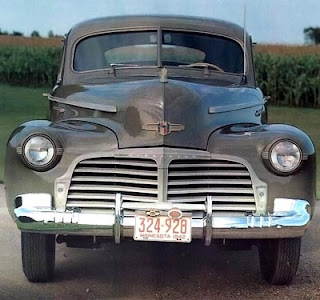 That is a long trip but sounds like a happy one. My sister and I decorate the family grave sites here and wonder who will do it when we are gone. It always amazes me when we visit there. There are balloons as well as flowers and some look like a celebration is going on.

Gosh. Im sitting here after getting in from a 210 mile trip and Im wore out! And I wasn't even driving. haha.
My husbands Parents were always big on grave flowers. But after they passed away, Me and Nick will rarely put flowers out. They are buried in a mausoleum so we just add some fake flowers about twice a year, Summer and Winter. Sometimes its hard to just go back there. I told him when I die, Don't bother! Ill never even know it.

Stay safe out there
Lisa

I bet the motor home is more comfortable, that is why it is not as tiring to drive those many miles! That is a long drive, but definitely for such a fun occasion! How neat that the "bride's" mom was still alive to witness the 50th anniversary!

My mom would always decorate graves of family members; members of the family still do and my sister sends money yearly for it. I wonder too though if the next generation will continue to do so.

John and I visited a country cemetery today where neither of us has anyone buried. The grave I got the biggest kick out of was the wife had a cute coffee mug my her tombstone and the husband had a bottle of beer. Guess we could figure out what they liked to drink.

I'd not heard of decorating graves since, as a child, I'd visit my grandparent's farm in southwest Minnesota. To adorn, or simply sit a while and chat ... both sound like comforting acts.

PS - Not sure if you saw "BF Goldwater AF Range" on your visitors log earlier today. I was showing y'all off to my sis in law who's visiting from Florida! :)

Decorating graves of loved ones is a tradition in our family; Aunt Nee started in '68 when Gramma passed away and over the years faithfully takes poinsettias at Christmas and Lilies at Easter. Until recently only fresh plants were allowed at Royal Palm Memorial Gardens where most of her eight deceased siblings are buried. We took silk lilies yesterday; they're not as breathtaking compared to fresh blooms, however between the sprinklers, rain, wind and gardeners they're far more durable and retain their shape.
The wedding anniversary party sounds lovely, road trips are fun!!! You can rest anytime, maybe Sherry will give you a back rub :)Happy Monday, have a wonderful week!!!
p.s. remember us in your prayers as we set off on an adventure. Nee is singing "On The Road Again" every time we get in the car, what a gal!

Driving doesn't usually bother me either. I stop every few hours and stretch. I've never driven a motor home but I know it would be much different.
I know being at the anniversary event was special to your friends.

We decorated graves Saturday with dogwood flowers. They'll be there until decoration day.

It would not take my comment and ask me for my password..I don't know what is happening to this computer..Will try again...it did that the last time but still published. Will try again later.

Now I forgot what I said...Get your rest after driving that many miles

Rest up after that drive. That is alot of miles traveled. I am like Sherry. I too like to decorate the graves of family and friends. We have our tombstone in place, so I decorate ours too. Cause I know darn well nobody is going to do it when we die.