I told You So! 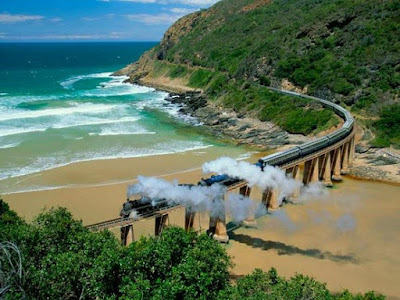 When I was a young man Dad and I were talking about a friend of his who had made a bad decision, and was suffering for it. I said, “Dad didn’t you suggest that he NOT do that?”

“Yes son I did tell him he would regret it if he did,” dad answered,  “But I won’t ever remind him.  He knows it well himself. YOU know son, ‘I told you so’ is one of the hollowest victories in the world.” 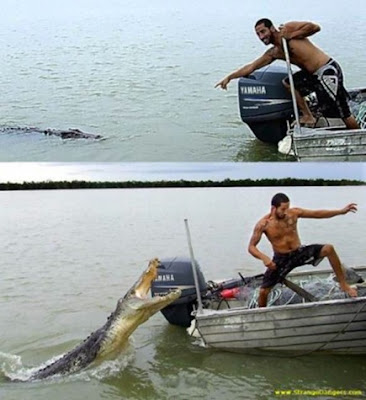 (The decision to taunt an alligator ain't smart. No one knows it better than this guy.)

Dad was a wise man. I have tried to practice that advice and for the most part I have done fairly well. BUT there are times you want your pound of flesh FOR BEING RIGHT. Especially after warning someone of a dangerous decision and they go ahead anyway, however, I try to remember the times I did something stupid, I didn’t need anyone tell me, I knew it too well.

Sons are the easiest target for the slam, "I told you so!" (I have wondered a lot, 'How many times he had to bite his tongue where I was concerned? ;-) )

I told you so, doesn't gain either party a thing.  It alienates, and doesn't heal. 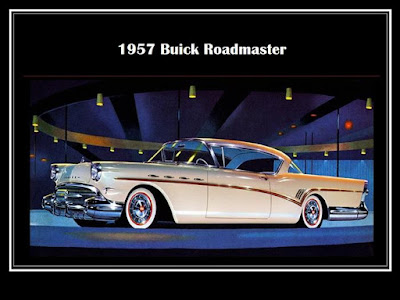 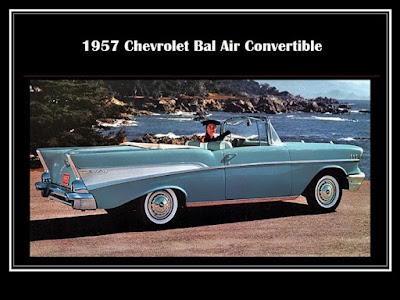 The fifty-seven Chevy is one of the sweetest of the 50"s.
(but mostly by General Motors guys and gals)
Posted by jack69 at 9:45 AM

I agree that saying "I told you so" isn't the best thing to do after someone has made a bad decision. Is that train photo of the California coast? Love the cars :)

I agree when we do the wrong thing or say the wrong thing we regret and also suffer the consequence's. Thank goodness I have not been faced with that
decision. I'm sure I have had my share saying "Why did I do that or say that"?

So true about how negative those words can be. People naturally come to the conclusion that a decision was wrong when it goes bad, why keep rubbing it in?

One of these days, I'm going to remember to check my grammar before hitting 'publish'! What I MEANT to say ...

Good to remember any time I'm tempted to utter those words!
... and coming from the other side, I don't know of anything anyone might say to me (that) would sting as bad as my own self-recriminations.

Okay I'll remember you told me so. You do have some good advice.