Cars, if it has wheels someone will race it

I really do appreciate it when someone hits a point and gives me an idea for an entry.

Lisa ‘done’ it again. Her Hubby just sold an old race car, a 1949 Ford that her father-in-law raced until he was in his 70’s. She had a fantastic entry with pictures. When will I ever again get to hear of a 1949 Ford stock car  that was parked over 10 years ago and has sat yearning for a race. I think never. 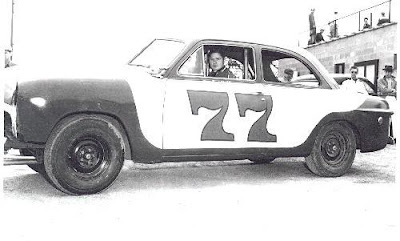 1949 Ford race car, not the one Lisa mentioned
One of the first dirt tracks in my area was on Little Rock Road west of Charlotte.  Many of us could not or would not pay to get in. That track was the start of many racing greats. We probably saw most of them in their youth. Petty, Fireball Roberts, Allison, and many more. 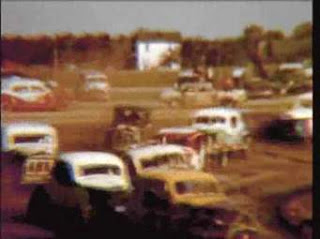 There were no Race track police so we could stand behind the wooden fence and look thru the cracks. I think they figured the drivers would stay on the tracks because a one inch board fence would not keep a car inside if it went wild.  The cracks were plenty wide to peek thru but we quickly learned not to watch on the curved ends or you could get killed by flying dirt clods.
The next option was to climb some of the trees surrounding the track to watch, both safe and a good view. Later when I had a tree stand for hunting, I thought how great that would have been to watch the race. I could have taken some snacks up and had a great time.  But by that time NASCAR had been organized and dirt tracks were scarce. 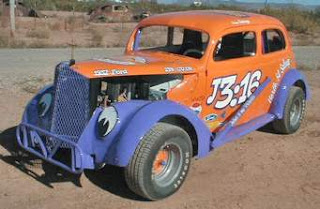 Gone are those days, but the memories seem fresh.  Life is more complicated. Seldom do you see a driver who can service his own car, or would. Life was simple and crazy. There were the demolition derbies and the Hollywood Hell Drivers at county fairs.  I really do sorta miss them, and I do miss the idea of a man working on his own engine and doing ANYTHING he could to make it stronger and faster. Today to prepare a racecar you probably need an attorney to read the rules and restrictions.
Nite Shipslog 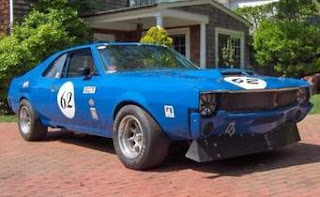 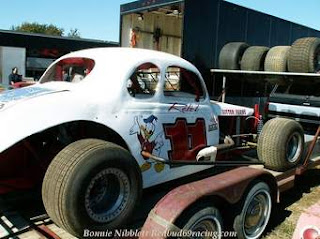 there is a race track not far from where i live. the noise on the weekends is unbelievable. drives me batty, though it's considered good entertainment for some.

One of John's landladies owned the land where a race rack is. She gave us free tickets once. It was fun.

What a great story of watching races in your youth; pretty exciting times I'm thinking! I always enjoyed the demolition derbies myself :)

So true that most people used to service their own cars. Can't do that any more with all the computerization and special expensive equipment is needed.

We would go to races in my young days it was fun. I remember going to
demolition derby's. Don't hear anything about them today. I wonder if they still have drag racing.

It's a shame time has taken away the ' fun ' days....tho a bit dangerous peeking through the cracks of an inch thick line of board fence. ha.
Back in the day, long ago, I once drove a straight track, not more than 100 yards...count down to the green light and hit the gas. It was fun but I never took any prizes. I do remember the car my X had was a rainbow colored Chevy...a 70's car...not sure what year anymore.
Love n' hugs from up north. The sun is beckoning me outdoors. Have a wonderful weekend.

Boys and their toys. :)))
I'm not a fan of speed, but sure enjoyed your recollections of spying on the action. Tom's sure to enjoy reading this!

Thanks for the shout out again Jack. Nicks Uncle is in his 80s and still races the old cars!!! He drives a 1946 Ford Coupe.