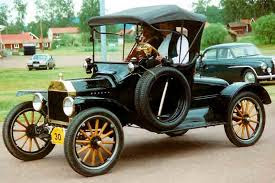 T model up A model down. 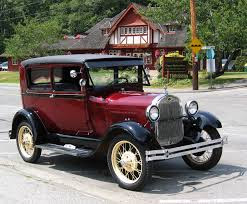 Once our oldest son, about 8 years old, was talking to my dad about the early automobiles. Dad was telling JJ that he once had a ‘T-Model’ Ford, and never understood why the “A-Model” Ford came later.  JJ corrected his grandpa that the A model was first.  He had read that Henry Ford did have a plan and prototype he called ‘Plan A’.  But it was never produced. I forget exactly what dad said, but it was something like, “Nah, I WAS THERE when folks drove both OF THEM and the T-Model was older, I drove 'em both.”

Lately things that have come up in conversations with grandkids that shocked me into the reality that I AM OLD. Things I thought were common knowledge (Or should be). “Where is Guyana?”
I said, “On the northern border of South America. It is beside Venezuela.  You know Where Jim Jones took his cult. Murdered a congressman and then orchestrated the largest mass suicide ever.”
“WHAT?”
“You don’t know about Jonesboro and Jim Jones?”
“Never heard of it!”

So with the help of Google we educated our youngest grandson on the incident.  I remember saying, 'that cannot be, over 900 suicides!' (I wasn't there, but I was alive to see it in the news!)

I think of my parents. They were ten years old before they saw an automobile. They lived before airplanes and lived to see a man on the moon. They SAW a world at war TWICE and lived thru the great depression while raising a family.

Those changes were from 1900 to 1960-70.  Now for today's kids Technology will change that much in three years. The youth today cannot fathom a ‘typewriter’ or know what ‘Hang up the phone’ actually meant. Folks hated it when the dial phone came in. There was no longer that friendly voice asking, "NUMBER PLEASE?" We who were around in the late 1930-1950 era stay ‘behind the curve’ on today’s technology. Most old folk will say, ‘The smart phone is too smart for me!’ (If they have one)

I am not complaining (too much! ;-)). There have always been changes, and the older generations have always resented some of them. I appreciate many changes i.e. today’s auto engines are much better.  Some changes I despise because I cannot find the handle, and there is no ‘directions’ booklet to read (IT’S ON LINE!). 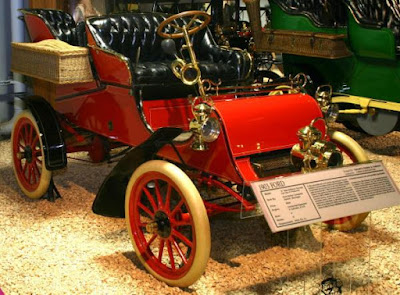 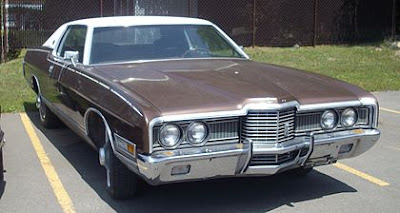 I think the problem today is that technoloogy changes too fast. you can hardly keep up with it.

Funny thing these days when you get an instruction book for a new gadget, kitchen appliance, etc., its a thick manual but its written in several different languages. I remember days without microwaves or cell phones or internet. How did we survive? But we did survive and we actually thrived in most cases.

Our first brand new car was a LTD. Light blue with a dark blue top. I've thought many times of just the things I have seen come about and its amazing. Good post Jack.

I can identify with this on so many levels, Jack! Funny how 'great minds' (lol) think alike. Many a time I wished my father had been alive to experience the internet ... he, whose favorite pastime was to devour other cities' newspaper travel sections or magazines featuring color photographs of far-away places. Pivotal news stories my parents recalled (Amelia Earhart, the Lindbergh kidnapping) meant little to their daughter.

I would be well to remember that(!) when I go grinding teeth at something a young coworker questions.
Tom and I recently acquired new cell phones and the learning curve - sans printed directions - has NOT been kind.

I try to keep up with technology but Im behind on some simply because its reduculous to buy. I have a smart phone. I don't need a smarter one. I find myself googling everything now. Not sure if its making us smarter or dumber. I do wish things would stay simple. As far as cars go, I used to be able to change my own tires, brake shoes and oil and filter. I cant hardy find some of those things on the new cars. I guess I could ask Siri.

Jack technology left me long time ago. I always thought I was up to date,
but sad I am not...I am way behind and things have passed me by. I think of
my friends 90 and 92 what do they think...I will just live day by day and hope I can make it.

My sister, 10 yrs. my minor, will not be without her smart phone. I have a tracfone that I only use when traveling...went to the woods today with Bill and lil sis was trying to call me. She just couldn't understand that I'd rather listen to the birds and the creek, visit my dear hubby, than chat aimlessly on the phone. And checks, people don't write them anymore. I can honestly say I don't like change too much. That is of course, except for when it comes to running water and electricity in my home. lol
love n' hugs from our warmer up north. I picked our first wild flower of spring, a wood violet. Life is grand in my small world.