Something of which I had never heard.  We park behind our granddaughter Reece here in NC.  Since we bought this house there have been some unique things happen.  It happened that this house was across and down one house from a friend whose name was Wacker. Yep, that was his first name. Very nice guy. Not long after moving here he told me the Dr. said, “Wack, you need dialysis, if you do not take it, you will die in a couple months at the longest.  Now Jack, I believe the Dr. but I have seen too many folk with poor life quality on dialysis, I am not going to take it.”
We talked a little while, of course I asked if he was sure. He said he was………. And he was. He died in a little over a month. I could not believe he said that, and really meant it.  I have heard that several times about Chemo, but after thinking it over the person went to Chemo.
Now the neighbor beside him and just across the street from where we park is a single guy, Bobby.  Neat as a pen. The yard is mowed every Thursday. He too is a good neighbor. His mother lived with him until she passed a several months ago. She was a good friend of Sherry’s.
When we arrived home I went over to give our condolences and a card.  He asked, “Jack have you ever heard of a prayer box?” (I had not)
He showed me a necklace with a very tiny silver box on it. “You know I used to drink a lot. Lost my license, my job many times. I guess I was an alcoholic. I have been clean for a few year now. When the mortician gave me mama’s stuff this was included. She was wearing it around her neck. I could tell it could be opened, so I opened it.  It is very fragile or I would show you. On a small piece of paper is written ‘God help my son stop drinking.”  Tears came to his eyes, “I guess she has worn this for years, it must have worked. Now I am going to wear it.
Some things are so sweet they are hard to tell. 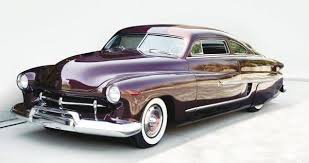 Customized cars from the 1950's, Folks did it their way@! 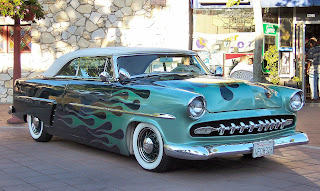 Heartbreaking. It sounds as if Wacker was secure in what he wanted... and to what he looked forward to. Honestly, I'm a believer but don't know I'd be as brave.

When Tom was first diagnosed (4 years back, this month), he initially wanted to refuse chemo. Thank God, he changed his mind and suffered not one bit from any ill effects.

I'd not heard of a prayer box before, but Bobby's experience is moving, indeed.

Not sure how old Wacker was when he chose not to go on dialysis. I think if I was young (50s) I might pursue it. If I was late 70s to 80s, probably not. Same with chemo. Its kind of like people who have smoked all their lives, they are in their 80s and get diagnosed with lung cancer and then they quit smoking. I think (but then I'm a bit morbid) why stop smoking now? You might only add a year or two on your life depending on the extent of your cancer. I think medicine has come so far lately that it is possible to prolong one's life for many a year, but then there is that adage, quantity or quality?

I haven't heard of a prayer box before either. Glad Bobby saw his mom's one and then changed his lifestyle.

Made me cry hearing these two stories.

That is a beautiful story Jack.

I'm not sure why, but I no longer get notifications when you post your blog. I used to get them like clockwork but now I get nothing. I'm going to sign up again and see if that fixes it.
Rick

I guess it depends on my age weather I would choose life prolong treatments or not. The prayer box story put a tear in eye. Sad but sweet. Moms are just the best arent they? I gave my Mom a prayer box necklace for Mothers Day one year. She never wears it. 😕.

Its my Friday! Beach tomorrow
Lisa

Wacker apparently was very well with his world and was ready to meet the Lord. It makes me a bit jealous actually. I cannot wait to meet God but I still would do what I could to sustain earthly life, given I stay younger.
As for the prayer box and the gift given to your friend Bobby, I'd say that was a miracle. God sure works in mysterious ways. His story enlightens the heart.
Blessings and love from up north. It's another fine day of sunshine and warmth as we continue gettin'er'done. Won't be long and we will be planting.

I used to have one of those prayer box necklaces given to me by a friend. Now I'm wondering if I still have it and will have to take a look. Truthfully, I have given away so much when I downsized, I don't remember. Those were both touching stories. Prayers work, just not always how we expect. Glad that mothers prayer was answered.

Like the story..I did meet Wacker he was a nice person. That sounds like a pretty necklace. I have heard about prayer boxes at church but never a necklace. I know about Chemo and wonder how much it helps. Remember Jim took
Chemo..