Folks can complain about our world today here in the USA, but in reality and relatively most of us are doing well. Especially when compared to much of the world.

I was considered 'less fortunate'.  Up until I was about 4 years old (which I do not remember) my mama did stretch the family food with a lot of gravy and biscuits. Mama said, the family did not go hungry except for a few times during the great depression.

No complaints here. As a kid I had a couple ‘play cars’ from the dime store and plenty of wooden block ‘pretend’ cars.  My sister had at least two dolls, and plenty of paper dolls. It was no problem to play all day using those toys, a piece of rope for jumping and when we were lucky to have a long board we played ‘Jump board’.  When there was a crowd (3 or more) there was hide & seek, tag or just foot racing. There was never a lack of things to do.  Older it was bicycles and skates. Ah, the skate key! 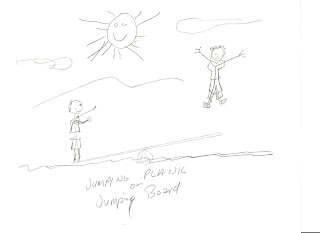 (Did you ever jump board or plank? Using a big rock or stove wood and put a plank across it and start jumping and launching the other guy as high as 4')
When our boys were kids they had about what they wanted. But they spent a lot of time outdoors also.  They did play little league and raced small motorcycles while we were stationed in GITMO, Cuba. 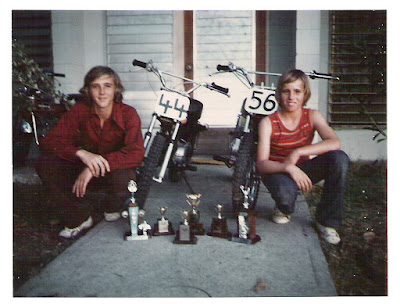 If you have grand kids or great grands, I would be willing to bet they have at least 20 toys.  Some kids have 20 dolls and stuffed animals.  Some have 2-4 bicycles.Electronic toys became expensive.

Even we older folk need toys.
When a friend died I asked about the family. I was told, “They are fighting over the boat.”
“WHAT? A fishing boat, that is crazy.”
“Jack, he paid $22,000 for that boat!”  WOW, I had no idea you could spend that kind of money for what looked like ‘just a nice fishing boat.’
Boats and RV’s that are used three times a year, a big Harley, parked in the garage and shined. We like expensive toys.

Years ago Sherry and I thought we wanted an RV. We determined if we bought an RV it would be used, not set in the drive, we are too cheap for that. 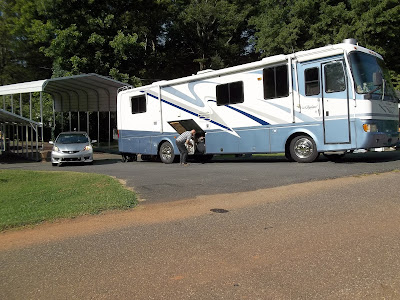 So our dream became a reality. All our brick & Mortar stuff is rented or leased out (except the one in Deltona). Now we live, love and dream in our big toy.  It is 38.5 ft long powered by a Cummings diesel. We move around in our toy, we do not pack suitcases or look for motels and think about bed bugs. LOL
(I still want a fishing boat to park in the Deltona back yard. I miss eating fresh fish.)

You may have heard the difference in a man and a boy is the cost of the toy.  WE have been playing house since around 2000.
Do you have a favorite toy?

Nite Shipslog
(ps: I like this motor home, but Sherry is my favorite toy!) 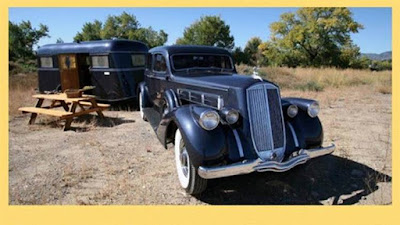 Now that I'm grown up... The only toys I have to play with are my van and the computer.

I remember my mom saying the toys they had growing up. A ball, jacks, deck of cards. They were given a sheet of butcher paper from their mom where they could make games out of it like Hang Man or Connect the Dots. Life was so simply back then but still learning opportunities. I heard the expression the best two days of a boat owner is the day they buy their boat and the day they sell their boat. No matter the price, boat ownership has never been my desire. My best toy would probably be the computer and the Internet!

Glad you can enjoy your toy to the fullest. Nice you don't have to pack up to go.

I'd say Bill's favorite big boy toy is his New Holland Tractor and his dump trailer. Mine would be the side-by-side or UTV...big girl toy. All those
' toys,' however, are workhorses in our daily life that sure save our bodies.
Bless ya and have a most wonderful week. We have a boat we never use, just sayin' :)

Ha! The only toys I have now is my ipad and iphone. I would really really really like a toy like you have pictured in the last photo. Nick says no.

I love to play hopscotch all you needed was a good flat rock. It was also nice when someone had a swing hanging form a tree. As I got older I loved
to play softball. I was the pitcher in eight grade team...So much fun.

My favorite toy would be my computer or my I-Pad. In my childhood we could find things to do with anything and I don't remember ever being bored. In face I don't think I knew that word. Like this post Jack, almost missed it.