I find things where ever I am that needs to be fixed. Lately a motor scooter showed up. (Son Mark brought it in). It was chewed to pieces. I spliced wires using the color codes to ID them. Yesterday Mark told me that Jerry B, a brick mason and good friend, had given him the scooter for scrap, his pit bulls had got hold of it and literally chewed it up.  I gave up on that. 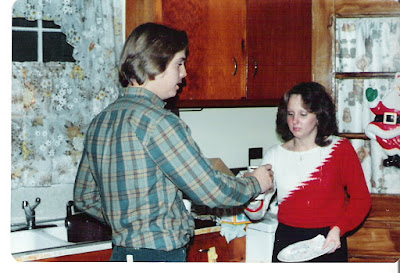 (Steve and his wife Donna a few years ago.)
Yesterday I also spied an extension cord lying near my storage shed. I recognized the style right away.  I picked it up and soon saw it had been severed by a saw.  Figuring Mark would need it, I fixed it. I knew my nephew Steve had made the extension cord because he made me a 50’ and a 25’ extension cord and gave them to me for Christmas, probably 25 years ago. I still have them and used them often. 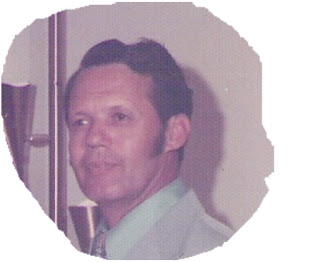 (Friend Sonny, the dude had some sideburns!)


Funny thing about those cords at least 90% of the time when I pick one up, I think of my best friend Sonny (departed).  And of course think of his son Steve, a great guy who knew how to give a practical gift.  Those heavy duty ext. cords have built probably 30 houses and did not get cut by a saw. I have cut cords in my time and saw sparks and smelled the short, but not the ones from Steve.
I mentioned to Mark a while ago that I had fixed the cord and asked who cut it? He said that he was by Steve’s place and Steve gave it to him saying he had found the old cord among his deceased FIL’s ‘stuff’ and knew Mark could use it.  And yes, Steve had made it.

Funny how a gift can keep on giving, Sonny was proud of Steve. The cord brings them to my mind, and I have nothing but pleasant memories.  Sonny and I would take our sons hunting for years. No one ever brought venison back but we ate well. I remember sitting around a camp fire and roasting 4 chickens on a spit. The boys enjoyed acting like Vikings and eat the chicken off the spit after cutting it. Steve always had to have Cranberry sauce with his chicken.

Even today I think of Steve when I eat cranberry sauce! Steve and friend Hank were known for their cars, I think they both had Trans-Ams. One black the other white (I think)They were always polished to a fine shine.

Funny how seeing an extension cord that was in need of repair, can trigger so many good memories. Steve, Mark and Hank are grown men today with families. I see son Mark on a regular basis.  It is a treat to see Steve and Hank, shucks even thinking of them is a treat. 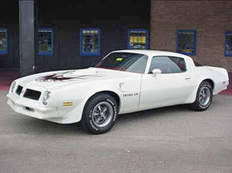 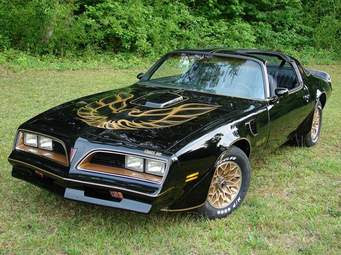 I bet those chickens cooked on the spit were delicious! Funny when I saw your title of extension cords it reminded me of the house we bought that son and family are living in. The previous owner loved extension cords. Had them everywhere. We did some rewiring (electrician did the work) and eliminated a lot of extension cords that son kept. We joke we won't have to buy an extension cord for a long time (if not forever).

Wonderful memories you have!

The sight of something like that cord can really bring back a lot of memories. You have some of the very best kind, happy ones !

Wrapping extension cords up just yesterday after helping Bill cut openings for windows in the hunting shack he's building, made me remember running over a cord on our big sander and nearly taking all the coating off. It is funny how such a thing can trigger such fond memories, however, yours are sweet. I'm sure you miss your buddy, Sonny, very much. Makes it nice to see his boys in him. Loved his sideburns and the boys Trans Ams. Super stuff, Jack.
love n' hugs from rainy up north. The paper mill bridge you crossed on your way through PF will soon be replaced. the crew is going to have quite the job as the rushing flood waters are inches from the bottom of the bridge. Stay safe on your travels. Go around, don't drown, they are all saying up here.

My husband repairs extension and lamp cords too. Great story about your friends.