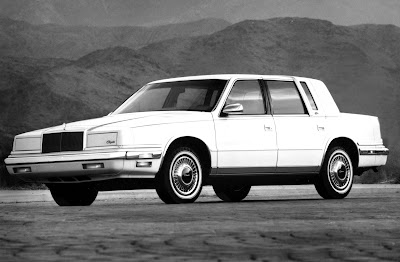 She is bubbly, smiling, outgoing, but I cried when I learned her story.
A business man, successful all smiles…. BUT….
Now:  The deep secrets…
All mothers are good, sweet, loving and dedicated to their children………….., I THOUGHT because my mother was. It is hard to learn, that statement is not a fact.
Don’t get me wrong, I have read about drug mama’s in the cities that discard their kids to fend for themselves. But to think a mama down south in a small town ain’t no good, that is CRAZY in my thinking,
I just read the childhood story of a friend. She is one sweet caring lady. She has been accused of ignoring her mother and family.  Yesterday she had enough. She made it public WHY? For 40 years she has lived with this, here is part of her story:
My mother has always told me she did not want me. That she tried to abort me and failed. She told me she hated me. Daily she beat me and mistreated me verbally and physically. She went on and on at the nasty things she had endured. It is bad enough to be abandoned, but to keep and abuse a child and teenager is SICK.
TM has forgiven her mother and others involved and moved on with her life. I would never have thought in a million years she had suffered that in childhood. Hidden secrets!
We once met a lady during our tough years with sons on drugs when we attended NARANON Meetings. Her husband owned an auto dealership. She thought they were on the top of the world, until he was arrested and the story came out. He was addicted to drugs. He lost the dealership and home due to hidden accumulated debt. Those unknown secrets.
A builder I thought was a millionaire lost EVERYTHING due to mismanagement of funds, upon his death I learned how far he was in debt. I was hurt and shocked. SECRETS!

Why does "fat chance" and "slim chance" mean the same thing?

PS2: Just after I hit publish, we will head to JoAnn's to complete the door and Storm door final touches. then I can come back and play here.

We never know what goes on in the lives of others. Sad that drugs can change people so drastically. but they do. We cannot imagine all that goes on in someone's life. I try never to judge, because I have not walked in their shoes. Thankfully I didn't have anything like that in my lifetime. But there are those that do . Secrets always seem to come out sooner or later, No since trying to keep one. It's alway better just to tell the truth to begin with.

Some secrets are good to come out, some need to be carried to the grave. I think I have both of them, LOL. Good that your work will be coming to an end!

Betty just expressed my thoughts so wonderfully! Funny you should address this today … (for) this was the very topic of yesterday's Bible study. Such a safe circle of ladies; one of the first things I was told when I began attending is, everything that is said in that room stays in that room. Sometimes it feels less like Bible study and more Psychology 101.

There are many people with a dark secret or rather a past they do not want to bring up. Then one day, it bottles up inside and we then pour it out right there on the table.

Good luck on the door
Lisa

I don't know about this Jack - don't we all have deep family secrets? I am going to blog about that.