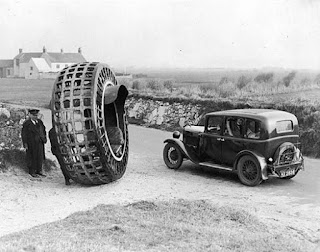 For today:
I have studied as much as I could the animals around here at night.  Since using a trail camera around here I see many wild and tame animals wandering around at night in search of food. The spot I picked for the cats seemed to be on a well-used trail of other animals. They departed that spot soon after using it. They had Coons, cats and dogs visit.

My friend Jim has a couple houses next door. He has all but deserted them. I am trying to buy them.  I see him about once a month  when he stops by to check his mail. I am taking a little liberty, but the cats seem to be safe under his house. I slipped the cat house under the house among the rest of the ‘STUFF’.

No animals except the cats have passed this opening.  Stormy D sat outside that opening most of the night and was not bothered by any other animals. Not my choice, but I ain’t a cat. LOL Some 5 second snippets out of 100+. I understand if you  have a slow system why you would not click on them. LOL

Sherry and I smiled as  we saw Zorro come out to play in the middle of the night. I like how their eyes light up in the infra-red film.

As you read this we should be on the road to Florida.

PS: When I used the trailcam in the cedars there 100+  takes of 5 seconds. A third of them were animals other than Stormy and Zorro.

Then the 100+ takes of their choice had no animals other than Stormy D and Zorro. That goes to show they know better than a human. LOL
Stormy was outside that crawl space most of the night.  Many times during the night Zorro came out to play.
Our neighbor said she would feed them and watch out for 'em.
Posted by jack69 at 7:59 PM

It sounds like they are going to be fine. You've certainly gone above and beyond to make sure they are ok. They probably have a inbuilt radar as far as where to keep safe.

That trail camera is amazing! How I loved the first video with Zorro leaping for joy. Oh, what we might learn from the animals!
Enjoy the drive! Or, like Roy and Dale used to sing, "Happy Trails to you!"

It too makes me wonder if cats sleep, LOL. Stormy and Zorro didn't seem to on the videos you shared here! Now we will have to wait until you return to North Carolina for more Stormy and Zorro adventures. Safe travels!

Hey - it sounds and looks like they have found a safe place. You are Sherri are going to miss them! You two be safe too.

Safe travels! It seems the kitties are fine and I laughed at the first one that looked like Stormy flipped Zorro over! I'm glad they have a safe haven and folks to watch out for them. I bet you feel better about it too!

This one is especially adorable, can see Sherry smiles at Zorro. You've been on a crusade to help this little gal and methinks you've made her happy!!!

Well, Zorro looks so happy. Poor momma Stormy can’t catch a break.
They will be fine.