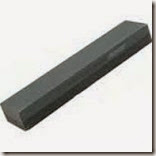 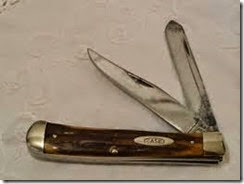 Grandpa called it an oil stone.  Dad called it a whet rock or whet stone.  They were found anywhere men were gathered to whittle or talk. Pocket knives sharp enough to shave was the pride of many men. 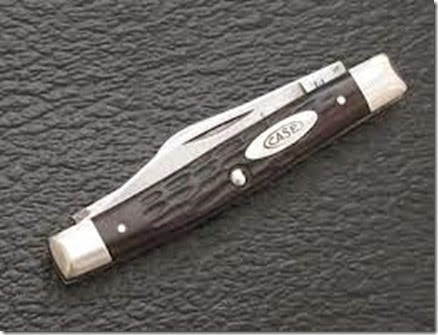 I have seen blades that had been sharpened for 40 years, they were about like a toothpick. I do not remember ever hearing an old man talk of losing his knife. The names of men’s knives that I remember were Barlow, Buck, Schrade and Case. 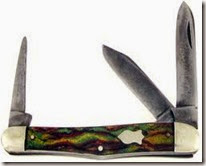 (You could always tell which blade was used the most)
On Sunday afternoon after church when family might gather to share dinner. While the ladies were visiting and preparing the meal, kids would play tag, hide and seek and such.  The men would talk and pocket knives would come out. Whittling (usually nothing in particular) just an old piece of wood.  Some had a small leather case with their whet rock to sharpen their knives. After using the rock would take to the side of their leather shoe to hone it to a shaving edge. 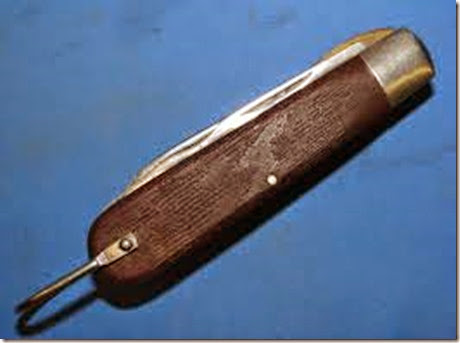 The stone was soaked in oil, and for the ‘Expert’ it took a little spit, to hone it to a peak on the stone. 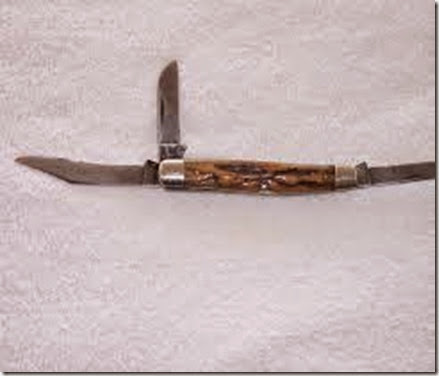 Like every thing else, someone come up with the ‘faster way’ to sharpen.  With the new gadgets you  can have a knife razor sharp in less than a minute, but the old timer would tell you you are losing blade. And you are, the carbide bite, in the wedge or crotch is cutting metal off the blade as you pull it through. 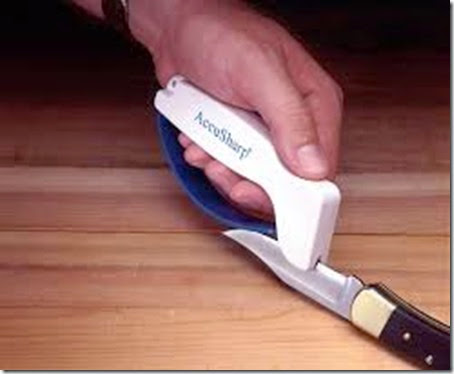 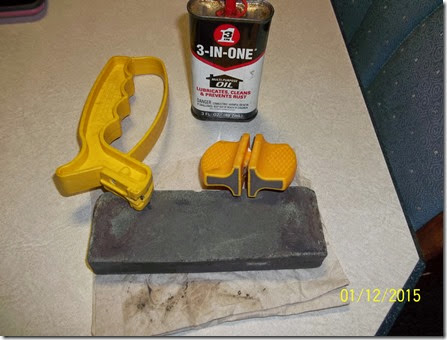 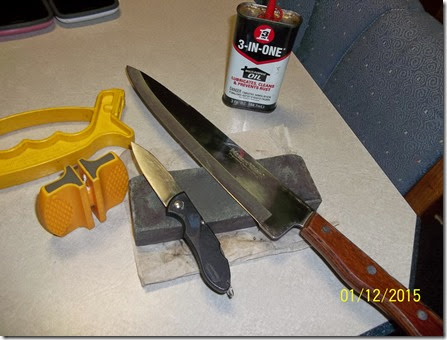 I had never compared the sharpeners before, and I just did. Both those knives will  shave, the small pocket knife took about 3 minutes. My favorite butcher knife took about 20 seconds. I seldom use the stone.
However today the idea is to get the knife sharp to use, part of the old way was the camaraderie  or  friendship as the stories were shared and memories drawn out. It was never about sharpening knives. Using today’s methods, a pocket knife wouldn’t last over a couple years.
How do you sharpen your knives?
Nite Shipslog
PS:
Pocket knives have always served a useful purpose. I would be lost without mine.
<<<<<<<<<<<<<<<<<<<<<V>>>>>>>>>>>>>>>>>>> 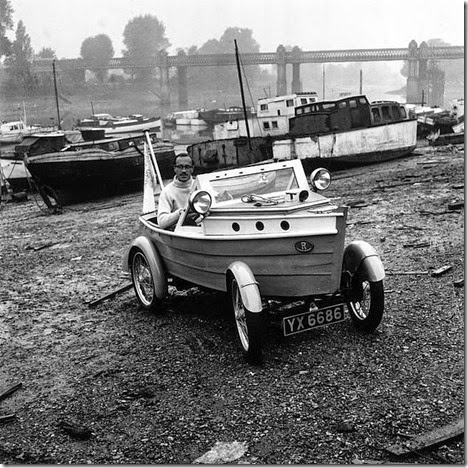 Another Amphibian that never caught on. But a neat little thing.
Posted by jack69 at 8:33 AM

I have to say that most of my knives are pretty dull and while others wouldn't like them, I do. In my case it's safer to have dull knives. Ha! We used to have a wet stone and also one of those newer model sharpeners, but I'm not sure where they disappeared to. That is probably for the best.

Hubby sharpens knives with some type of sharpener and then reminds me several times which ones are the ones he sharpened. Those were the days when the men would get together after a meal and have that fellowship while they were working with their knives. A simpler gentler time I would imagine.

Nice knives and sharp knives always seem like something unattainable for me. The sharpening process always seemed shrouded with mystery, so I find it intimidating. Also, I was told that one couldn't sharpen stainless steel (or perhaps the steel is hard and would be difficult sharpen). I have a stainless steel paring knife that I've used forever, and it's lost it's edge. I also would like to be able to sharpen my pruners and loppers.
I never thought it was fair for just the boys to have a knife. My sister just the other week reminded me of when she and I were in our late teens and were looking at some knives in the mall. A man offered us this advice that we still laugh about, "Don't git one a them with a 'plaskit' handle."

I leave that job to my hubby. Not sure he's sharpened any recently. Sounds like there is an art to doing it right.

My Dad has one of those stones. I have a metal thingy with a handle that I use if needed. Hope you are dry and sunny in Florida. Love for NC, Sheila

I've had a knife in my pocket since I was old enough to wear pants.
I sharpen mine the old way, but I've thought about trying new tools.
I had a great time at the beach this weekend. It's easy to see why you spend so much time near the water.
R

I have all kinds of knife sharpeners; I bought one like the small one in your picture that was yours. I told the guy at Ace Hardware that I had to sharpen Grover knife for him and ask him did it work; now I put it somewhere and don't know where. I will have to get out the old Whet rock next time I have to sharpen it. It was a pretty day up here in Opp's today and I got my yard cleaned up. Take care, Jean

Me? Never! LOL. Tom still uses an olden set that belonged to my parents ... ugly as all get out with its twisted and gnarly wooden handles, but precious nonetheless.

John has been crazy for a couple of days because he misplaced his knife. I don't think he would ever be the type to sit and whittle but he can sue use that knife to cut calves ears to mark them and other ways. As for my knives Mel used to tell me my knives were so dull you could ride to China and back on them.

I've been searching for a knife sharpener. My kitchen knives are becoming dull and therefore causing prep work to prepare my dinners a chore with my arthritic hands.

I was considering going to a hardware store to have them sharpened professionally but now I think I will try and look for the one you have.

Hugs to my favorite couple

Forgot to say, I remember my father had some sort of wheel made of stone that he had me turn while he pressed the knife against it.