Over the years I have met some good folk.  Harry was one of those. 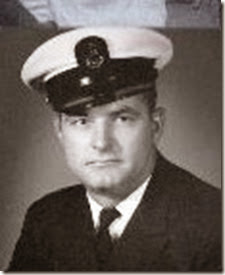 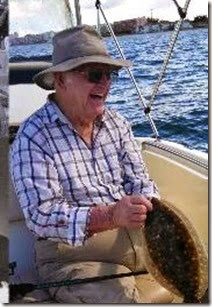 My Sister and her Husband (Dick & Kat) was telling us before we started coming to Florida, that we just must to meet Harry and Pearl. So one winter we camped close to Dick & Kat and they were beside Harry & Pearl. Harry loved to fish and eat what he caught. He liked fishermen. 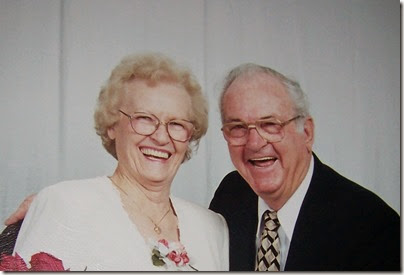 (They were married 64 years)

Right away we liked them both. WE became closer and closer friends and for years we continued to visit and camp with them. Harry had been a Coast Guard Chief and I retired a USN Chief.  He matched the Coast Guard motto, Semper Paratus, Always Prepared.

When Harry could not camp with Dick he would bring his boat out with extra gas and leave it with Dick for his use. 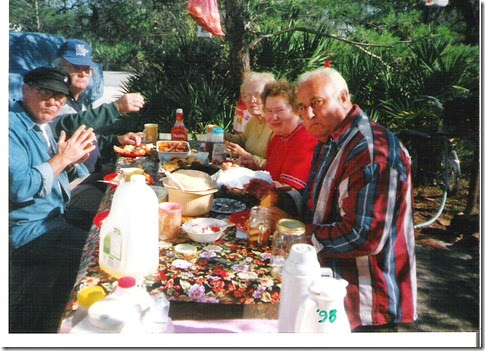 WE ate together hundreds of times.

WE (6) ate together, played together, drove to town together. Fish fries at least twice a week.  We spent hours around the camp fires, talking and relating tales from everywhere. 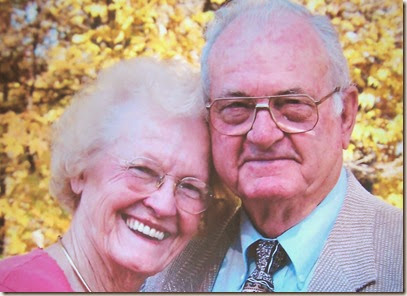 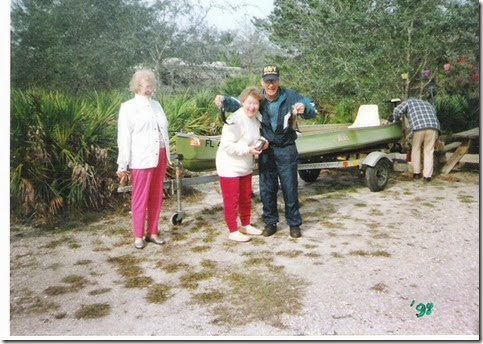 Pearl & I, kidding with Kat while Oil-Can Harry checks his engine.

Our friend Harry just set sail on his final voyage. He has sailed into the sunset.  So a toast to my friend: Fair winds and following seas, and may the wind be always at your back. May the light that guides you, guide us to the same port, I hear the Liberty is great there.

There is no question as to where the ship will tie up. I am thinking he will meet the fishermen he has read about, he always admired the Apostle Peter.  Yeah and he will meet the ONE who fed thousands with 2 fish and 5 loaves. Harry will be home. Once settled I like to think he will have time to visit with Dick and Kat. As they await our ship.

As we age it is normal to lose friends along the way, but I want to tell you, when I think of Harry I will smile.

He actually once did do the Coast Guard Duty, of towing  this Blue-water sailor ashore after I had run out of gas.  He enjoyed telling that tale. WE had a lot of laughs. 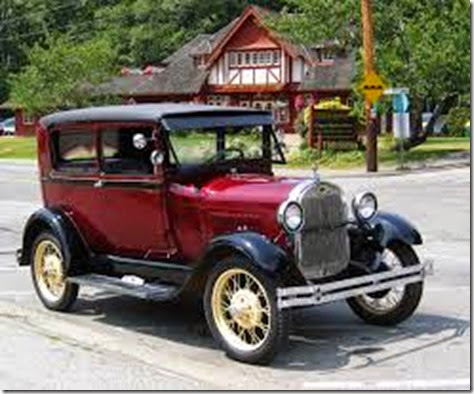 Henry Ford built these in 1929 the year Harry was born. 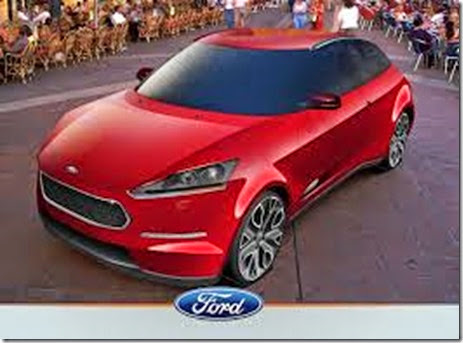 I apologize for not commenting on blogs today. There must be a million popups built into this system when you buy it I cannot get past them when I go to your blogs to make a comment. each time I start to type another comes up with no ‘x’ to get rid of it. evidently the popup control is not working.

A beautiful tribute to your friend. It's nice to make new friends but the old ones are a treasure.

A heartfelt tribute to your dear friend. Harry sounds like quite a guy. He will be missed I know.

I like how you mentioned that you will remember Harry with a smile; he seemed like a nice man who will be deeply missed. It is reassuring to know too that he is with the Best Fisherman and will spend eternity with him.

Nice tribute to your friend. Lovely to have had made great memories together. God Bless.

What a beautiful tribute to your
friend Harry. They are lovely couple. i feel like I know them
I have heard you and Kat talk about
the things you all did together.
Eat, shop and fish. I sure he will
be missed..He did have a good life.
The lighthouse will lead him in.

Aw Jack, I'm really sorry to read this. Little doubt Harry and the others are smiling right back at you.

Yours is a really beautiful tribute to a life well-lived.

A great tribute. You make me feel like I knew him.
I'm sure you will miss him, and I glad you will remember him with a smile.

Our friends hold a special place in our lives. Some of the hardest times we've had in our lives is when we lose a good friend.
R

I'm so sorry for the loss of your friend. What good memories you do have of him. I'd be smiling too . I'm a day late here but trying to catch up. I see you've a post for today so I'm off now to read it. Hope you have a terrific Tuesday

I was wondering who Harry was - I am sorry for another loss of your friend - growing old is not for sissies is it?

My heart is touched....
A loving tribute to friends.
Beautifully penned.
Love,
Jackie