My buddy Sonny spent the majority of his 80+ years in Paw Creek. I think he was about 4 or 5 when he moved there. Once on the mill hill he never moved more than two blocks. His mama & Daddy’s house was built in 1923, methinks. 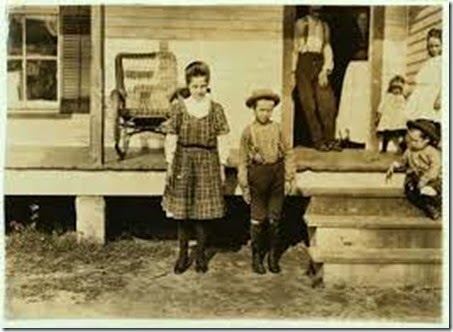 (Mill houses from the web)

Paw Creek was a slow paced village. They had a small post office where they called for the mail each Saturday. A place where if someone wanted to talk to a person on the porch they stopped their car in the middle of the road to talk, if you wanted by you just drove around. 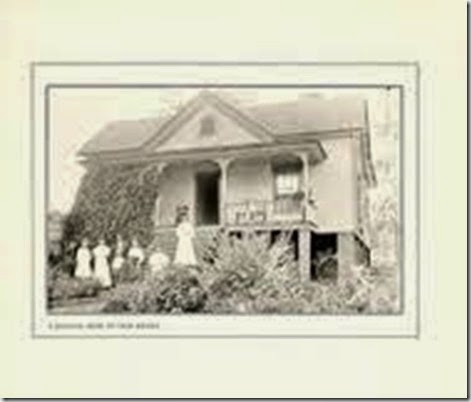 The family lived in three of those mill houses (sold by the mill owner cheap when the mill went out of business) , now the kids have all three. They have always been an industrious bunch, now Steve is remodeling his Grandma’s old place.  He has asked my help, I am flattered, Sonny’s family means so much to Sherry and I. 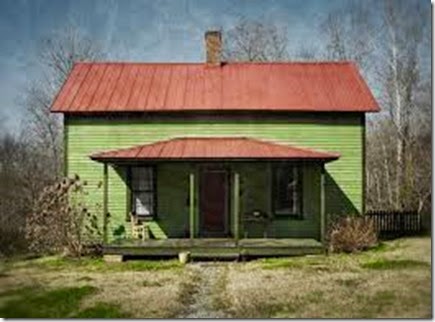 If you have followed this Blog You have read the names Collette and Sonny. Sherry’s sister and her hubby. When Sherry and I were looking for our ‘Permanent’ home, luck would have it, we found a house two blocks from Sonny and Collette. Many pleasant evenings on walks with them ended many satisfying days. 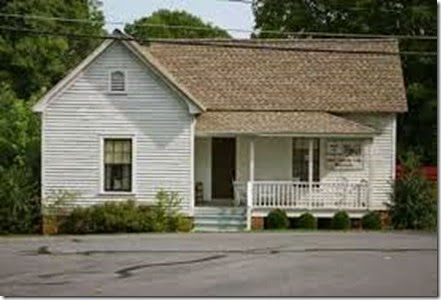 I wanted to show you a little history. The above pictures are all mill houses, I took them from the internet. This old house Sonny lived in has been empty for some time. It is near a 100 yrs old. Do you recognize this: 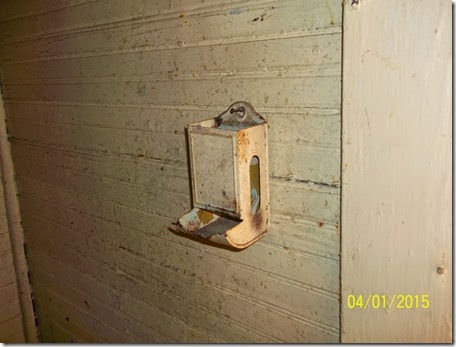 Above was a box made of thin metal. Most every home had one. Some of you  will know. I would bet that has hung on the same nail for 80 years.

Below was the entertainment. Sonny’s mama and daddy had an exceptional radio for the time. And expensive for a mill house, This one had a record player in it. Sherry found an old 78 but could not read the label. 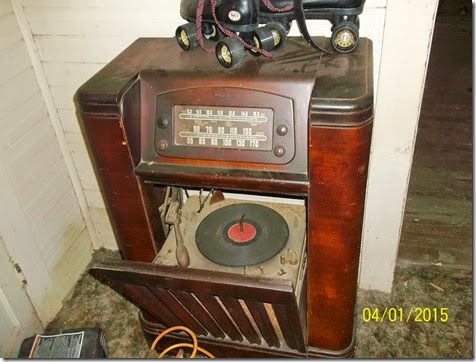 You might have to guess on the next one. I had to go to B/W to make it clear enough. Know what this is in the kitchen?

I am glad to be a part of making this house live again. Steve and Vickie were born on this mill hill. Steve even bought the house he was born in when it came up for sale.

Now they have the third house. Steve is like his daddy, Sonny, very particular with detail, he will make a beautiful home out of this pig’s ear.

I am going to be working in the bedroom where Sonny and Colette spent their honey moon. They lived with Sonny’s parents, and paid rent, until a mill house came available. 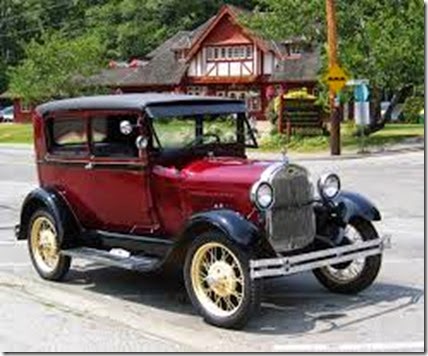 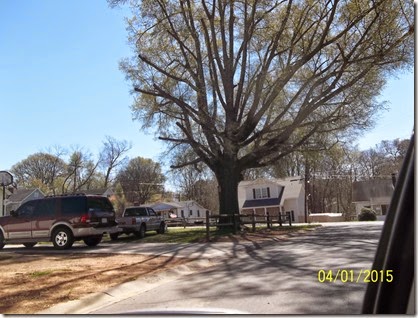 These are Two big oak trees. Sonny planted them after their last child was born. 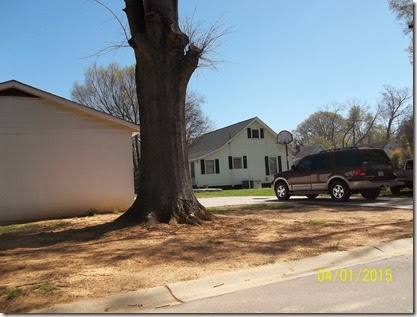 The house in the back ground is the Millhouse that Sonny and Collette raised their family in. I helped him build that garage on the left. Sonny’s Grandson & wife live there now.

I am familiar with both things, the match holder and the bottle opener which caught the tops when you lifted them off. I love old homes. I lived in two built in 1923 and the one I live in now was built in 1921. They have a lot of character that you don't find in homes they build today. You never have a dull moment there. Knowing you'll be doing something you love to do will make for some happy moments !

The first guessing photo is a match holder. I have one. I even have an old HiFi as we called it with a record player. We have turned it into just a wine cabinet I mean a junk cabinet now. lol. I had many friend growing that lived in mill houses. I used to think they were unflattering and unkept. But now days I think they are adorable as many home owners are redoing them.
Happy Travels
Lisa

Yes we and lots of people in our small town had the match holders. In fact I had one for years until I got an electric start cook stove. Thanks for the laugh about people stopping in the street to talk to someone on the porch. Things like this are so funny now but so true.

I see lots of mill houses that
have been restored when I drive
in Belmont. We have a mill house
that we can let our visitors see
when they visit Belmont Historic
Society. It evens has the insurance
book hanging beside the door...So
when the Insurance Man came by to collect the book was handy. Those
were good days....

So glad Ma guessed both correctly so I wouldn't be obsessing. LOL!

I'm so taken by these mill houses, Jack ... particularly their sweet little front porches. Even from a photo, they all seem to convey the feeling of home.
I think that's a real honor to be asked to help restore Sonny's place!

I was raised in a mining camp house. It wasn't as nice as the ones in your picture.

Those can be beautiful with sone TLC and some

How neat you will be working on a house that has so much history! I know you will enjoy it!

looks like a quaint old town. Those houses are charming. It is better to restore them than tear them down. LOVE that old radio and record player. Is it a match holder?

Thank you for the tribute Jack. The houses mean so much to Steve and I. We had the best life and Mom and Dad a kid could ask for growing up. Thank you so much for helping Steve with the renovations on the house. Daddy grew up in. I know he's looking down and so proud. You know he's also making sure you have the exact measurements. Lol. Love you!