I think one of the most versatile items I remember as a kid was the Kitchen stick match. When they first were invented some folks called them ‘Lucifers’. 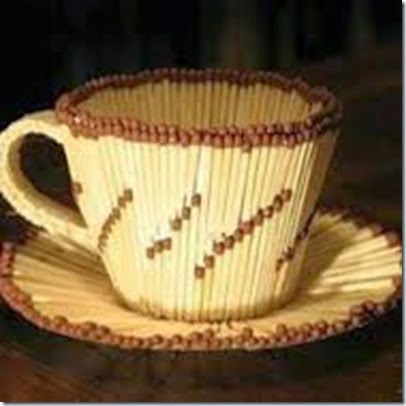 If you could swing your arm hard enough, maybe like a pitcher throwing a 100mph ball, you could throw the match on concrete and it would pop like a small fire cracker. 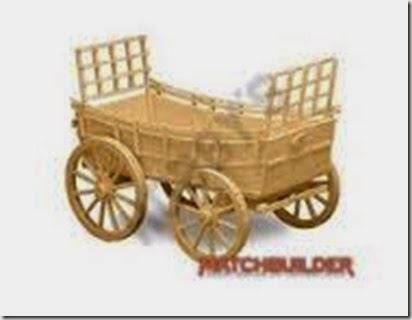 If you could not throw it, you could slip one down the muzzle of your Daisy Air Rifle and shoot it against a brick wall and get the pop. If you  were going camping and wanted water proof matches you could sneak your sister’s clear fingernail polish and paint your matches, instant waterproof. 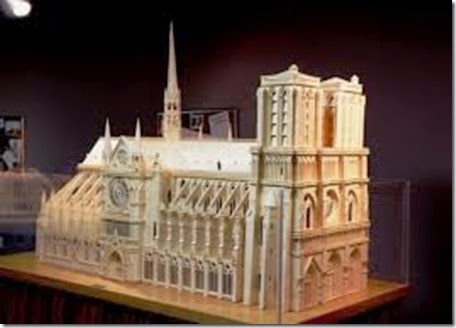 The match after cutting the white tip off made a great dart. You cut the top off strait pins (Needles worked best, but mama really frowned on that) but holding the pin with a pair of pliers you could carefully push it up into the match stick. then with a single edge razor blade split the other end and insert  two pieces of paper about 1” long and 1/4” wide and fold the out at 90 degrees. to make the wings. They worked like a charm for indoor winter games. 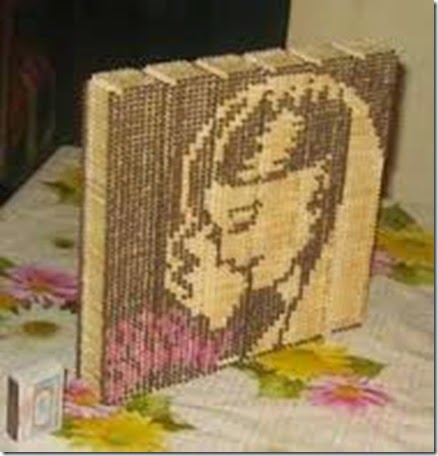 With two bolts and one nut using the heads you cut off the stick match, you had a fire cracker. Fireworks were illegal in NC, but this was our replacement. 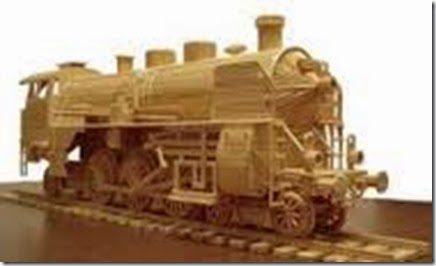 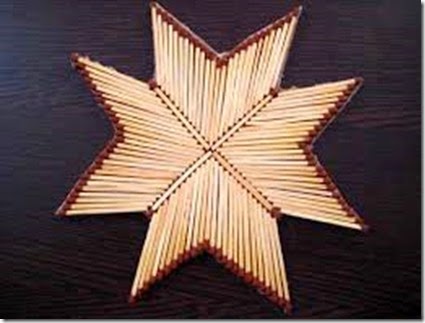 The pictures I got off the internet. I made very simple little houses. I couldn’t  dream of these huge creations. 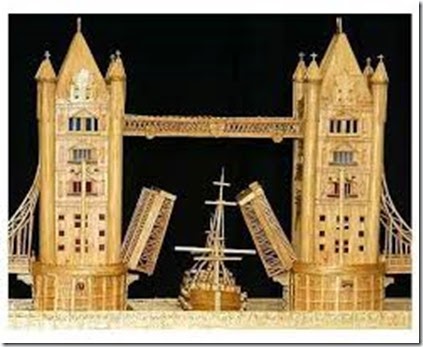 I miss the stick, lucifer.

Did you use the stick match to form a toy, or to pass the time?

Kids are ingenious, if left to find something to do. 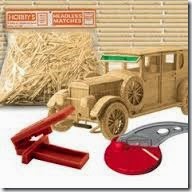 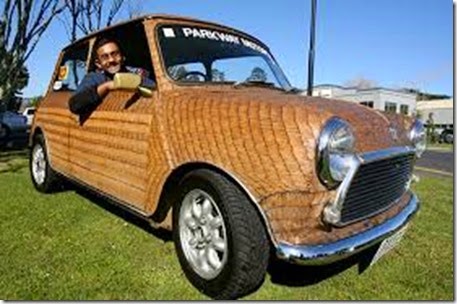 I had never seen or heard of any of these things but my hubby has. Interesting indeed. The only thing I ever did with one is light it.

Those are some amazing creations!!!

I think my mom probably hid our matches, LOL, so we weren't playing with them :) I love all these creations made out of matches. Some people are so clever!

I saw a ship once that someone had made out of matchsticks. It was beautiful and the thought of how long it took for someone to make it made it a labor of love. But the best memory of them that I have is watching my grandmother strike one to light the stove. You've brought back a wonderful memory for me this morning. We never played with them, matches were not a toy for us. After lots of rain and some thunder here this morning, it looks like it may clear up for awhile. Hope you all are enjoying some nice Spring weather there.

Those items are beautiful, what
talent..I only used the book matches
to light my candles. Had to keep
striking to get one to lite.In the Winter use to lite a fireplace..
Never thought they could make
such interesting things.

I still have a scar on the back of my hand from jerking back when a match lit a butane heater. No playing with matches for us.

All I can think is, it's a good thing you and I weren't kids together at the same time! Truly, I'm envious of your imagination.
... and to think, all I used to enjoy was that wonderful aroma of a 'just lit' stick.

I didn't know about the firecrackers and darts, but we sure loved to play with the match boxes. We joined them together to make a "train" by pushing the inside part of the box part way into the next box.

I've done most of those things you mention when I was a kid.
I never saw matchstick art though. I did see a model boat made of popcycle sticks.

There must be some kind of secret code passed among kids. How else Would I have known how to make tiny matchstick darts?
R

Apart from my magnesium fire starter, I do usually like to backpack my stick matches. But they are normally vulnerable to humid conditions. So, I have decided to waterproof them. I learnt the basics here: http://wildernessmastery.com/camping-and-hiking/how-to-waterproof-matches.html