Just this and that

In an earlier post where I talked about fire, I said I had one more tale. While in the USN like all sailors, I stood a lot of fire watches. The largest danger aboard ship, other than  an enemy attack, is fire.

While in port in Portsmouth, VA we had a fire aboard the USS Independence. I was on watch at the time and it was my duty to wake and notify the crews to get to the hangar bay. I was doing fine until I hit the Airdales (Navy flyers) compartments. The paint was peeling on the bulkhead behind them, and they were fanning the smoke that was obscuring the TV.  I remember it very well because ‘Desert Rats' was the movie and they would not leave it. I yelled loudly, you have been warned and left. I assume they got out since there was no casualties. Some folk are weird. (smile)

THAT WAS THIS, Now this is that……

Why is my right shoe easier to put on than my left? That bugs me.

Imma tell you, I knew a lot of magic tricks at one time, but hiking on the Appalachian Trail my wife impressed me by removing her bra without removing her shirt.  She said all girls can do that.  Now that was one I could have tried when we were dating (but she would have killed me).

When my girl is removing her pullover whatever, she removes her arms, then takes the pullover over her head. I usually remove my pullovers right opposite, over my head then pull my arms out.  Now incase any man reads this, Sherry’s way works BETTER if you are sweaty.

I miss Lucy and Joe. She said Joe NEVER threw anything away. I am a lot like that, I NEVER throw stuff away, (well only when I might want or need it later). The other day I ran across four one inch square ‘feet’ for a table with 1” sq legs. NOW THIS IS SOMETHING I WILL NEVER NEED, so of course I threw them away.  I kid you not, within three hours of our trash man loading and leaving, I NEEDED THEM!  I Ain’t NEVER throwing anything away again! LOL

I have a lot more to say, but I am mad all over again that I threw them away. 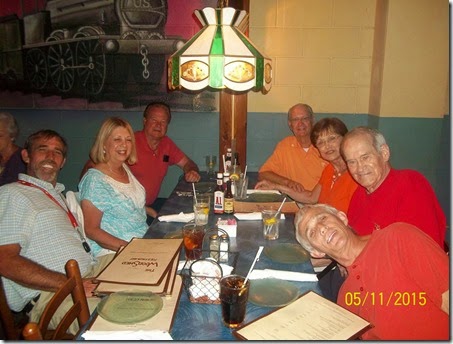 Picture from Sherry’s get together Sat. NIte. L to right:

Son Mark, Pretty Vickie (niece), Jackie her hubby, William, and his wife Brenda (niece) Elmer, and Son-Jack (showing off, takes after his mama!) We did have a great time.

Have you ever done that? (Throw something away and needed it later? 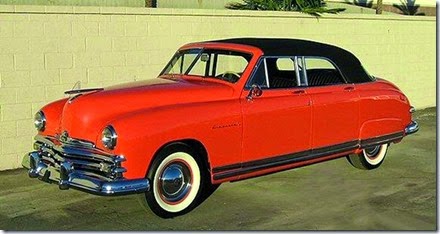 Yep, Sherry is right; the majority of women can remove their bra still wearing their clothes over it and a lot of us in the olden days could put on panty hose while being a passenger in a car and no one would know in other cars we were doing it :)

Always good to listen if someone says there is a fire and to get out of the area I think.

Yes I have kept something for years, got rid of it finally, then needed it.

Yep and yep.
We women are acrobats when it comes to dressing, and I've thrown away something and then needed it. The latter usually happens when I clean out my purse.

That's a funny story. You saved something for years. Said enough already and finally threw it away to need it after all. Tell Sherry I do not know how to take my bra off without removing my shirt. Going to have to experiment with this in my old age.

I have a saying that I use...I'd rather have it and not need it, than to need it and not have it.

That would work for you too Jack :)
R

Well now, I've got some practicing to do! :)

... and for what it's worth, I've not (yet) tried Sherry's way of removing a pullover. Learn something new every day!

Yes, I have done that. In the latest of throw aways, I pitched an electric griddle that I couldn't find the cord for. I hunted all over for that cord. I liked the griddle as it was big and could fix the best pancakes and french toast on it for a crowd, It sat here for quite a few years without being used so I threw it out. Not one week later I found the cord. I still get mad about throwing that out. I keep way too many things, but have learned the lesson. You all look like your celebration was fun for all.