What my Brother said.

Sister Shirl and I were just talking (via e-mail) of the wisdom of our brothers. Junior was the most successful of the siblings, and was a wise man.

We quote some of his sayings. He and his wife worked two jobs in their early life, built their own home after the war, raised two fine boys and built a business. They worked ten hours a day 6 days a week and on the other day bought stock for their business. In reality they worked 7 days a week and took one week off a year. During that time they also cared for his wife’s parents.

So after I said ‘mama ain’t going to a home’. I will never forget, at the hospital, June took me outside and told me this story:

“I knew a man who lived with his son. He didn’t mean to be, but he was bossy, interfering in the family. The man’s wife gave him an ultimatum, Dad goes or I do.”

This was in the 1930’s, The County Home was within walking distance. Just a few miles over a hill. The son and his dad started the long walk with his belongings in one old tattered suitcase. They didn't speak as they walked. Topping the hill they could see the County Home in the valley. “I need to stop here son.” and he sat on a big rock. 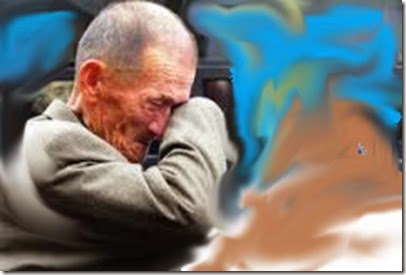 Tears flowed freely following the wrinkles in the weathered face. “Son, you know that home we just left was built by my daddy. He turned it over to me, I took the farm and worked it. We took care of him and mama until she died. Now by all rights the place is yours, no strings attached.”

“Dad, please, this is hard enough. I cannot lose Becky and it is causing too many problems, you telling the kids what to do and not to do, that is our job, this is tough.”

Wiping the tears on his denim shirt sleeve, he said, “You don’t understand son, I ain’t faulting you nor Becky, I know you are right. You see, this is the same rock my daddy sat on to rest,  when I had to take him over to the County Home. You see, I am remembering, I know exactly how you feel boy, and it hurts, but please don’t let it hurt too long, you got Becky to worry about.”……………. Jr continued,

“Now Jackie, there are things I know that you don’t. I do understand, Mama is the sweetest person in the world, and I will come to visit. When I do and I ask you, ‘Jack, how is it going?’ and you say,’Go to hell.’, I’ll be back next week because it can come to that.”

I will say no more than he was right, but I had to learn for myself. I later wrote a book titled, “Gracefully Grasping For Dignity”. As time goes on, many folk will face the same situation.

Shirl, Sherry, Jim and I had no regrets for taking care of mama, she lost both legs and was bedfast, but IT IS A daunting TASK that can even strain LOVE!

Thanks for coming by the log. I will be missing for a couple days. Going to Grandson Matt’s Graduation. He is graduating with honors.

PS: Care facilities or home is a decision that many folks face today. Believe me, IT AIN’T AN EASY ROW TO HOE. I appreciate all the comments Rick along with many others have faced it.

Through the entire time Sherry and Shirl carried the heaviest of the load, and mama was a sweet patient. 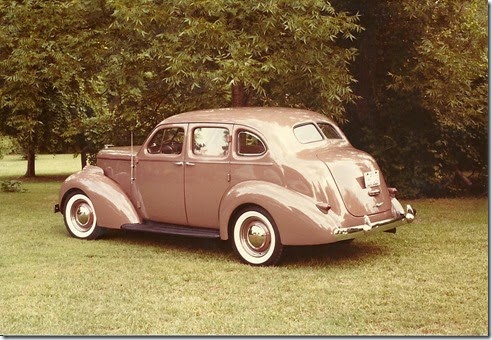 Above is the ‘38 President and below is the ‘56 Power Hawk, both Studebakers. 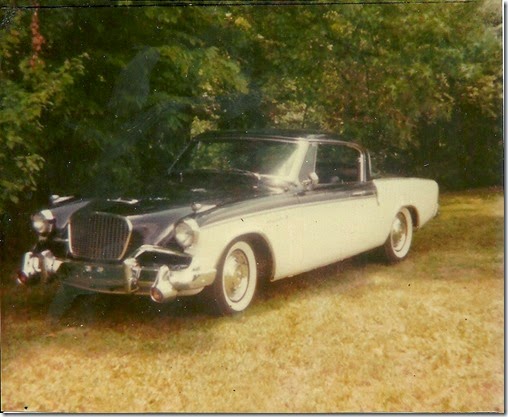 More of Jim & Shirl’s collection of cars, other than the ‘64 Stude truck we transported mama in..

I know you all lovingly cared for your sweet mother and don't regret it. It was the same here. Every situation is different for sure. Still I'd never want to be a burden to my children. Hopefully never will.

Interesting story your brother shared, Jack. It did make an impact on him with taking care of elderly family members. I agree with what Ma said that every situation is different for sure, but I do agree that Shirl and Sherry did a GREAT job taking care of your mother. I do admire their dedication!

Congratulations to Matt. You and Sherry have a safe trip.

What a sad story. In other countries the elderly are revered. Here not so much. Seems many of us get discarded in our old age relegated to an old folks home to be visited just once in a while. It is forgotten that we were the backbone of the family, the glue that held it together.

Now, I spied this earlier today on my break and tears threatened. Hours later, my head's telling me one thing, but my heart another.
I'm thinking Taryterre just nailed it, don't you?

PS -Do you see when 'Florida' pops up on your traffic feed? My company's server (the mother ship) is located in Orlando, so that's usually me :) taking a time out to check on my friends!

Our older Brother very smart. He
would tell us we didn't know how to say no. I did't mind taken care of Mother but it was not easy. She was very sweet and smart and loved everyone. Congratulations to Matt Dillon for graduating with Honors.

Congratulations to Matt on his achievement, best wishes for life success!

Graduating with honors. He put in the extra work. That will pay off in the long haul.
Travel safe Jack.