Facts of Life I thought everyone knew

I read a lot here on the internet.  Our access is slow, I do wish I had some high speed access.  I just saw this headline: 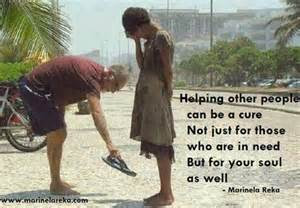 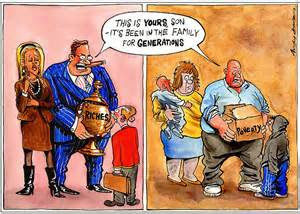 This list could go on to infinity (methinks).  I must be very ignorant, or something.  But life has taught me that there are and always will be  inequities. I learned very young I could not buy new tires, so I bought recaps.  I saw right away I was not going to be able to buy a new car without being in debt for years, so I logically bought a used car.

There is not a system of government on earth, that I know about, where everyone is equal.  I have heard of some that claimed equality but when the curtains were drawn back, there were still the haves and have not's. 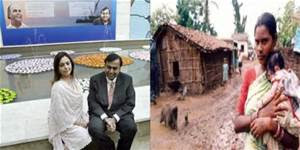 Illustrating the haves and have not's in India

Taking it down to my level, a carpenter's helper will always be paid less than a skilled carpenter.  I always thought the helper knew this and wanted to learn the trade so he could earn more.  I have never thought a helper would complain, 'I should get the same as the boss!'
The new office assistant should not be paid the same as the office manager or long time secretary. 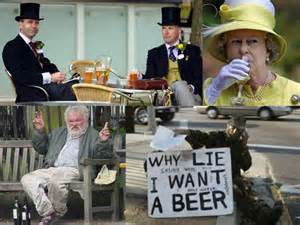 I like this country and the type of economy we have. Not everyone has the ability to become a Bill Gates, but he did it.  I don't think I deserve one penny of his wealth, he worked and planned for it and succeeded, it is his  and he gives millions away and also enjoys the fruit of his labor (and genius). 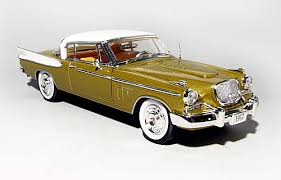 Brother admit it you are a genius except it. I have read the records where it says you are a genius. To bad I didn't get some of your smarts . I am trying I guess my life is in Music.

I don't begrudge anyone who has more then I. I figure if they had the brains to go get it, they deserve it. Like your way of thinking.

The world has always been full of the HAVES and HAVE NOTS. We never have bought a NEW car. We always buy them used too.

I dont think I even know any real rich people. However, I know people that act rich but are in debt and unhappy in the home. Ill stay where I am.
Happy in my camper.
Lisa

Oh wow, what's been missing in my life is this daily dose of humor, reality and sheer genius!!! I kinda, sorta always thought it, then had it on good authority from one of your offspring that "My Dad is a Genius" now Shirl says you have papers, done deal. Am so happy that is resolved and would you please tell me how I can get that quote at the tip top of the Shipslog to put on my laptop startup screen? Hugs and love from Chobee!!!

Said it before, but death is the great equalizer, no matter how much you have or don't have in this word. Doesn't even matter if you are buried in a fine coffin or a wooden box, dead is dead this side of eternity.

If people work hard and make it successfully, I admire them; wouldn't begrudge them and certainly would not want to take it away from them. Conversely, always good to help out the poor, even if it is just a little bit.

I may not be rich but money isn't everything nor can it buy happiness.

I'm richer than my checkbook balance.

Shaking my head.
It amazes me how people point fingers and find fault with someone because his/hers bank account is seemingly excessive.

I ditto what Paula said. Most, it seems, deserve every cent they worked for and don't owe anything to any crybabies calling for equality.