The changes in 2000th years

Since we are still in the motor home, Sherry and I sit on either side of our dining room table, at our computers. We are a two PC family. Not into tablets yet.

We just heard some pops in the distance, Sherry looked at me and said, “I hope that is fire crackers!” That got me to thinking. Back in 1956 when we were married, she would have never thought anything but fireworks. Who in their right mind would fire a weapon (rifle or pistol) that near homes?  BUT now in 2017 and a few years before odds are you hear distant pops, it still is fireworks, BUT, but now there is still the question.

The latest shooting in Fort Lauderdale witnesses said, “I thought it was firecrackers!” 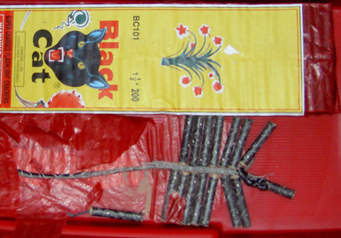 I was blessed today to be talking to Bill,  a very nice guy. His dad retired from the USAF and had flown many missions in Viet Nam.  We talked of the dangers to the many pilots, and service men. Then he mentioned that things get dicey here in the USA at times now. He went on to say he flew in and out of Fort Lauderdale often, but was fortunate not to be there the other day when the shooting occurred.

So changes? Oh yes, millions. Loved ones can talk and see each other across the world now. If you have the phone number / or e-address and a friend is in Germany or South Africa, you can almost talk immediately. With the right “APP” you can see them, Wild! Need to know who won the Pennant in 1933? Ask Google and in seconds you know.

But along with those wonders, there are terrors……..  Terrorists, crazies, fools, and the deranged.  I am not paranoid, but it is reality.  Life has changed, and so has our lives and lifestyles.

No, I am not spreading fear.  Odds are you and I will never be near and event like 9/11 or Ft. Lauderdale Airport.  I am just saying My wife would have NEVER have thought those pops she heard were anything but fireworks during the first 40 years of our 60+ year marriage. Even in our nearly 4 years in GITMO!  Enjoy the good changes, but be aware! 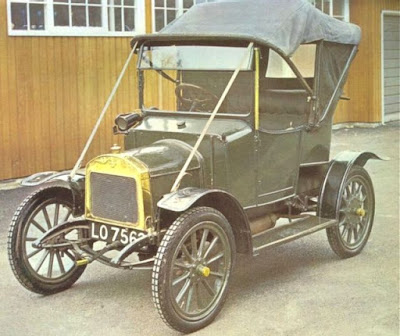 The picture of the car that "backfired like a firecracker" reminded me of something. I had an aunt who drove a Volkswagen beetle when I was a kid. I wouldn't have thought of doing it myself, but I could follow along in mischief that someone else came up with. One night after church, someone had the bright idea of stuffing the VW's tailpipe with debris. We stuffed in things like an empty matchbook or matchbox, probably sticks or Kleenexes or gum wrappers or whatever else we could find. Let me tell, we got a lot of satisfaction out of that loud pop and the ensuing bewilderment of our aunt!

Same here. We will hear pops, look at each other, and question if it was gun fire we heard or firecrackers. We will wait a few minutes and if we dont hear any sirenes then we assume it was a firework someone found under the sofa or in a drawer they forgot to fire off at New Years.

I'm sure mine is an unpopular voice, but I LOATHE firecrackers. (What's wrong with a sparkler, anyway?)

Several weeks ago I was sitting out back with the dogs. It was shortly after 4a ... far too early for the dawn and hunters, when I heard a nearby report. Have to admit, it scared the heck out-a me.
Sad, but I think everyone needs to be uber aware, all the time, everywhere.

When the kids were still in school years ago, I told them if they were at school and heard what they thought were fire crackers to run the opposite direction of them. You just never know these days! Sad that we have to assume the worse, when oftentimes it is "just" fire crackers.

Sad to say I've had occasion to think that I hoped what I was hearing was firecrackers too. I've never been in danger and our neighborhood remains a safe place to be, but they do enjoy setting off firecrackers.

We are living in a different world...Just beware of everything that happens and stay alert...for unexpected things that may happen. Life is good and need to enjoy each moment..

Sad, but there are a lot of crazies out there, or we just hear about it more with technology being what it is. And then there are the dirty violators that scare ya. Just this fall, we had such an incident .... at 2 in the early morning was a rifle shot and it sounded like it was right next to our bedroom window which was open....Yes, it WAS a rifle shot from a violator that shot at a deer under an apple tree not 20 yards from our house down the road....
It's a crazy mixed up world of Some that just do not think of others. It's a shame they are the ones that make us ' careful,' for our lives.
God protect us all. sorry, got windy here.
Love from up north where we have a two-fer coming in....snow and then much more snow the next couple days. Stay comfy-cozy with your lovely bride.

I tried to comment on my phone but was unsuccessful. Yes, times have changed Jack. We had a policeman come to our chamber of commerce meeting recently to discuss Active Shooters. It's scary.
R