There are some crimes so bad....

There are crimes so heinous that when I hear them, and the perpetrator has confessed to the crime in front of his lawyer and witnesses where there can be no doubt, my first impression is "take ‘em out and shoot ‘em."  I would say make them suffer but you cannot do that, some folk say that would be cruel and unusual. It seems to me that those people are forgetting how the animal(s) made their victims suffer, sometimes for days, weeks and months without remorse.

I have heard that in Texas a good defense is, “They needed killing!”  Some of these people are not human, and need killing. (JMHO) 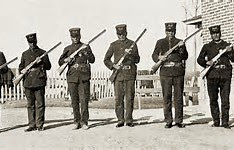 Excuse me if it bothers you, but that is my impression for some crimes.  Here are two that have happened this past year:

1.   A 32 year old man, sexually molested a 9 month old baby girl he was babysitting and she died.

2.   A mother sought out men to rape her daughter on her 10th birthday. After the ‘rapes’ the girl was dissected on her birthday, as the mother watched.

I personally wouldn’t mind if they were boiled in oil.  But that is my opinion.

I cannot buy the defense, they were sick, they were drunk, or they were on drugs.  That doesn’t change the fact that the horrible crime happened.

I  believe in capital punishment. I also believe in a speedy trial and timely completion of the sentence.  If they believe in a God or Supreme Being, give them time to pray then shoot ‘em.  They do not deserve a ‘last meal of their choice’.

I thought on this entry for a few days… Then I saw another terrible crime and said, well this is how I feel anyway. 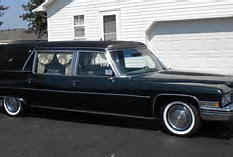 Nothing wrong with stating your honest opinion, Jack.
You'll find NO argument from me, particularly when it comes to defenseless children and animals.
A swift execution, in some cases, seems lenient.

Let the courts drink from the cup o'Common Sense, for auld lang syne.

Hideous with the crimes mentioned here and so many more not mentioned. My feeling. I totally support capital punishment. They'll have to meet with their maker the other side of eternity and sort it all out with him. I think though a sentence with no chance of parole is a lot crueler. Keep them locked up. No chance to really interact with others. Let them stew for what they had done. That I think would be a good punishment. The Bible deals harshly with those that sinned. Public stoning was not uncommon for far less crimes committed.

Peace on earth is certainly needed more than ever. I'm of a mind that all crimes will receive their just punishment in the end. Evil does exist in this world but justice and truth will prevail.

Meant to wish you both a very Happy New Year too ! Love from Ohio

Dear God save the children. I concur with Capitol Punishment.
BlessYourWarmHearts from up north......another ice/snow storm coming our way. Time to hunker down again...............

I don't think the punishment is tough enough. They should suffer like they made
their victims suffer...Hang them from a tree.

I read about these and many more. It sickens me how someone can be so cruel. I dont understand why trial times are even wasted on these sickos.
If I could ask God one question, it would be "why the children?"

Turn off the news Jack!
Lisa

Since I am currently in correspondence with a man who is serving a life sentence for murder(which I wrote about once on my blog), my view is somewhat different. The man I write to was very young when he committed the crime, & he has now entirely changed his life around...which is very hard to do in a prison environment. His state just recently re-instituted executions...

Now the particular crimes you mentioned do cause an immediate visceral horror affect...& I'd be hard-put to argue your point, but I am curious to see if Sherry feels the same as you do?