I was always taught to respect our president. I have tried to do that.  But like a lot of folk, one would do something I thought was stupid, and I guess I would disrespect him for a time.  But NEVER enough to go public to protest, scream or yell. Much of my life he was not only my president, but my Commander in Chief. My life started under FDR but I hope it does not end under Trump! (Just saying)
(Note on FDR: FDR died in Warm Springs, GA, His body was transported to DC via Train. That train passed thru Belmont, NC when Sherry was a kid. She and her family were among the mourners as the train passed thru.) 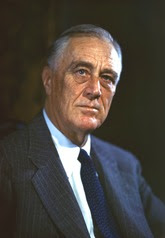 That said I sat here and counted the presidents I have known in my life time. I have been around for 19 inaugurations.  From our 32nd President FDR to our 45th President Donald Trump.

In our travels, Sherry and I have visited many presidents homes that are set aside as monuments to that president. Some elaborate some very common. The last home we visited I blogged about. Friends Joan and Dan Doughton took us to Buchanan's home in Lancaster, Pennsylvania and paid our way in. I really enjoyed it. Each president is remembered for something unique. I was struck with this line Buchanan used to Lincoln as they were headed for the inauguration he is quoted as saying, " Sir, if you are as happy entering this office as I am leaving it, YOU SIR ARE ONE HAPPY MAN!"

Buchanan was a lifelong bachelor. His first lady was his niece Harriet Rebecca Lane. (One of 13 ladies who served as first lady who was not the president’s wife.) I do remember somethings from those visits, but forget my name. LOL

These figures are close, I have voted 16 times. I have picked 8 losers and 8 winners so I guess I break even. I have not always voted along party lines.
Tonight I looked back at presidents, many died between the ages of 55-65. Do you notice hair? Most folks leaving office if they had dark hair upon entering, have gray hair upon leaving. Says something about the job, doesn't it?
We have a new president, I wish him well.  Can he do what he promised? I doubt it. Has any president EVER been able to live up to his campaign promises?  WE WILL SEE, won't we? 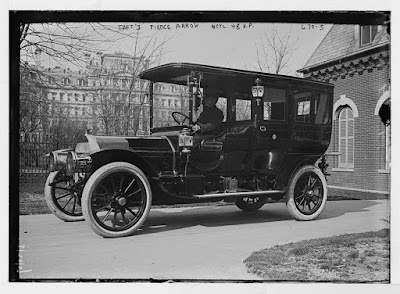 The Pierce Arrows. both from the Library of Congress. Lower is a picture of Taft's daughter shopping in the Pierce. 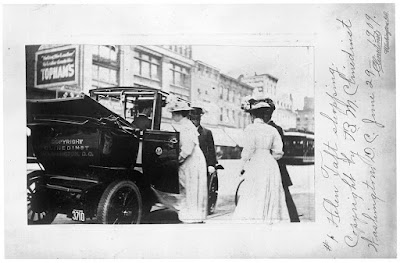 I know there are at least two sweeties who post here who started life under FDR. Some folk who read this drivel voted one election before me. We are seasoned seniors......Love you girls Sherry, Shirl, Paula and Jean!

Ive never really paid much attention to Presidents except for the last 16 years and today was my first time watching an inauguration. Im excite to see how this President works out.

I cast my first vote for president in 1976 for Gerard Ford and you know how that election went LOL. I just went back and checked and I have a tie for wins and losses; 5 yes that I voted for got to president, 5 that I voted for didn't get elected. How funny! The important thing is we got out and exercised our right to vote!

Mr.Obama was not my choice the 2 terms he ran, but I never protested like some are protesting now.

What I didn't do for him, but what I'm making an effort to do with Mr. Trump is pray daily for him. Its a "big" job running this country. They need all the help they can get! And you are right; the job does age them!

John was just talking today about the hair color on Presidents. I hadn't really noticed that Obama is grey compared to when he went in. The first election I remember much about was Ike. The kids whose parents were for Ike would stand on the band house steps and yell "I like Ike" and the others would yell for the other side and I can't for the life of me remember who it was. I must not have been too interested, huh?

I did not know President McKinley was the first President to ride in a car. Good information Jack. I think Melania is beautiful and will make a wonderful First Lady. The country is seemingly run by Congress not the presidency so... whatever happens happens.

Not a fan of President Trump but he is now my president and I hope he does well by us all.

Yes, we do owe our honor and respect to our presidents. We are a great nation and it's united we stand.

Never thought to count how many presidents I voted for or how many times I got it right. Good post today !

Paula and Ike. Stevenson ran against Ike. I snuck out of church to go to an I LIKE IKE rally in Valdese, NC when I was for Adlai Stevenson. I was a kid and some of my favorite people were Democrats. hahahaha

And now we wait to see how President Trump is going to make his promised changes. We know he will not be able to fulfill them all so it's our job now, to pray for our Commander in Chief to make the wise choices for our country.
I agree that I've never visibly protested one politician over another. It remains to be seen how God guides our new President with our sincere prayers.
love n' hugs from up north where it's still raining...lots of dangerous ice to walk over. Stay safe and happy trails to you both

That's a great quote by Buchanan! :)
I never paused to consider my own electorate scoreboard, so curiosity made me check. Turns out, I'm a 6/5.
Like Lisa, I never paid much attention but this year I was transfixed, on pins n' needles. Not ashamed to say, I adore President Trump and his family. Have for years now. It hurts my heart to see these spoilt brats out whining and protesting. Praying Mr. God keeps a careful eye on our leader!