Believe in yourself? YES! 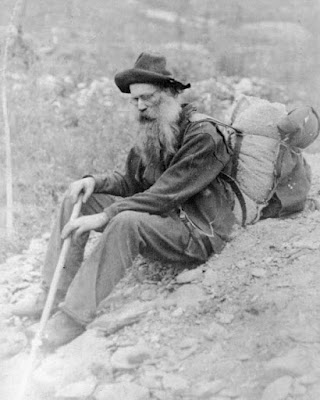 Here we have a tired miner from the Klondike Gold Rush!


Today in brief! ;-)
Sheila, has lived in many places but her heart has never left Opp, AL , suggested I read a blog called ‘Sean of the South’. Now I suggest it, only if you want to read some real life stories that will at times bring tears. BUT one warning, just as Sheila ends every communication with a ‘Roll Tide’, so does Sean. (One day Imma will find out what that means! ;-O.  LOL)

Sean’s  blog like all the blogs I read will ‘mentally suggest’ to me a blog entry. I enjoy your ‘takes’ on life. I enjoy your serious, witty, creative, wild and funny entries. As I read your blogs I get a cross section of OUR AMERICA!
So today I was pointed to ‘Believe in Yourself’.  That is something I have tried to instill in my sons. At times I might have pushed the envelope ;-).

I have added a caveat, “Believe in yourself, BUT KNOW REALITY”…….
… let’s say, A very good local ball player is awarded a scholarship to a well-known college. Ball should not be his/her life, get the education. If selected for the pros, then they won’t sound ignorant when interviewed. If not selected, there is still something to use for a future.

Politically, if you want to run for president, you might try for city council, mayor or dog catcher first!

Political example. It is well known in our little town to win an election you MUST be a REGISTERED DEMOCRAT (No matter what your political persuasion is). You must also be a ‘friend’ of the local ‘Powers that BE.’

Jack Rhyne was a local boy and insurance man. You older folk will remember when you knew your Insurance man better than a doctor. He was at your house weekly to collect the 25 or 30 cents payments on your family’s insurance policies. The envelope was hung just beside the door, if you weren’t home, your door was unlocked and he would step inside, get the change and notate the date paid. 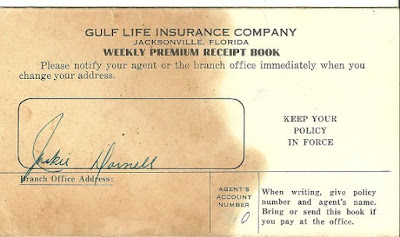 (Our ins card, After 50 years has age creeping in)

Everyone in town knew Jack. His plan was to run for mayor. One promise was to push for a bridge that would unlock a community that was held hostage by trains for hours at a time. Their pleas had went unheard. 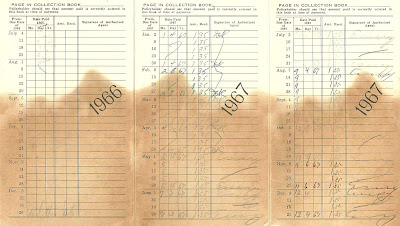 (Our entire family Life  insurance bill was $1.35 a week)
He bucked the system and won, it took a few years but the bridge was built. He also ran for state government and won. He had a heart attack and retired from politics. But he would have had a greater career, because he ‘Believed in himself, but KNEW reality.’
So always Believe in YOURSELF! 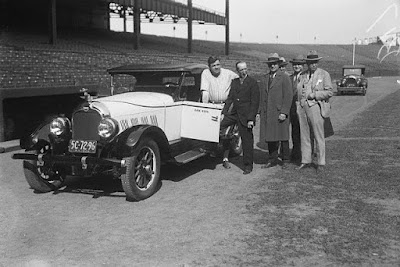 Funny you mention Sean from the South. I was puzzling over his post this morning that (that) young man at the deli didn't stick it out and go for an education.
BTW, I really think Sean is an Auburn fan. (lol) WAR EAGLE!

i agree you must always believe in yourself. anything is possible when you do.

They do say if you think you can, you can. If you don't try nothing will be done. Good positive post today!

Your up beat entries make one think. Short, simply said, positive.
For the most part, I believe in myself with the help of God, anything is possible.
love n' hugs from up north where a northern wind and a bit of melting force is blowing in predicted snow and icy roads....we do need the snow. Have a great day and hug Sherry for me...and then have her hug you too from the both of us.:)

Well I usually beat myself up instead of believeing in myself. I try hard to believe in myself. Its just so dog on hard sometimes.
I usually say “ I cant” more than I say “I can”. Im working on that. There are a lot of things I could do and want to accomplish but do not have any back up.
Lisa

Mama always reminded us of the little engine that "could" take the train over the mountain....I think I can, I think I can!
Only believe....great message today!

I do believe in myself but I didn't win the lottery last night.

I’m glad you are enjoying Sean of the south. He speaks of familiar places to me. Hope you are a little warmer in Florida this week.
Take care and Roll Tide :-D Sheila