The Historical picture of the day: 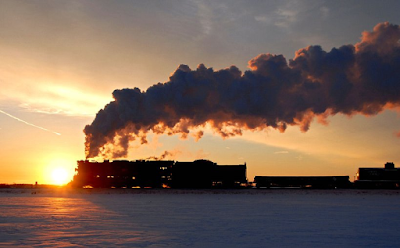 The old steam engine circa 1948

I don’t advise it, but there were two times I felt I had no choice, so I have resorted to firearms to remove a snake threat and a varmint. Anyone familiar with fire arms knows for safety’s sake, they must KNOW where the projectile is going when they fire the weapon, not just the target. Firing ranges are always set up so shells are not fired helter skelter.

Once in an old house in the country we were aggravated by a RAT, not a mouse. It was wandering at will through the kitchen whilst we slept. We lost some food stuff. Traps were useless. One day Sherry was at work, the boys were at School. I placed a stick down in the three inch hole this dude had gnawed in the corner. I pulled up a chair and with my rifle sat in our kitchen. After about an hour the stick moved, I fired three rounds rapidly down the hole.
I knew the rounds were going into the ground there was no house close. I used mechanical fingers to remove the pest. No more problems.
Years later in a housing development I crawled under our house to light the pilot light on the furnace. On the way out my heart did a stutter step. Between me and the crawl door  was a three foot copper head, looking at me.
Of course I talked to it. And also got Sherry’s attention to bring my pistol. I took the long way to the crawl door all the time telling the snake, ‘stay right there, Imma kill you in a few minutes, if there is a snake heaven you might make it if you are good. It never coiled, but tightened it's springs into a striking position. We never lost eye contact. In NC many crawl spaces are covered with a few inches of sand. Ideal to stop a bullet and no chance of a ricochet. Yep I buried that copperhead.
I seldom kill a creature that I am not going to eat even reptiles. When backpacking even Sherry learned to step over snakes. She B tough!
Nite Shipslog
PS: Friend Buddy sent me some good advice and a little sarcasm…… (this is one of the best) ....Don't be irreplaceable. If you can't be replaced, you can't be promoted.
******     *****

Clark Gable and his 1932 Packard 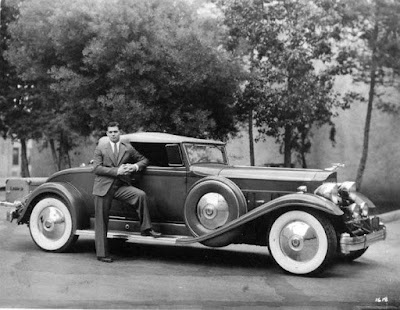 OK, I'm ready to cancel this whole house thing and opt for a stainless steel penthouse apartment!
I've never seen a rat, but don't fear them the way I do snakes. What a close call you experienced!
My DIL has killed two copperheads and one chicken snake on their property. Heck, I don't even like stepping off their drive. Coward, party of one!

I have a deal - I won't hurt anything outside (unless they are going to hurt me and I can - but I let outside things live), but if they are in my my house - all bets are off. I have had to kill four lizards by myself - of course I do scream a bit. sandie

i once tousled with a copperhead. scary creatures snakes. glad we both lived to tell the tale.

Snakes and rats have their place and definitely not in a house for sure. Here not a creature is stirring. They are all frozen or hibernating. Ha !

You made me shudder to think of the ' it coulda been bad,' the outcome. I will trap the mice but Bill has to remove them. Thank goodness for the neighbors cat that keeps our grounds cleaned up quite well. All those that Paula mentioned always had me on alert while in TX. Scardy-cat Dar.
love n' hugs from up north where we woke to a layer of fluffy snow to make the place look like a winter wonderland.