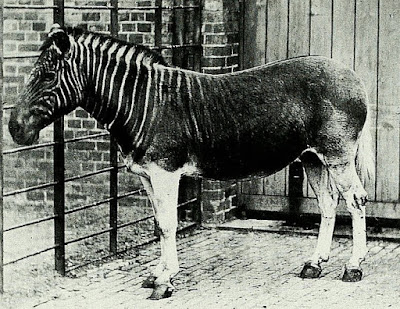 The only known photo of a living Quagga in a London Zoo 1870.
(I had to look it up:  extinct subspecies of plains zebra that lived in South Africa

(FIRST: Posting early we are off on a day trip to check our mail and have lunch with Don & Evelyn up in Leesburg.)
(Are real neighbors becoming extinct?)
If you know your neighbors you are probably unique. In our small town many people still know their neighbors, but just as many do not.  We have become a transient society and many times the ‘permanent’ neighbor will only be around a year, before transferring.

I read once that ‘willing to relocate’ was high on THE SUCCESSFUL resume’s, due to national companies. 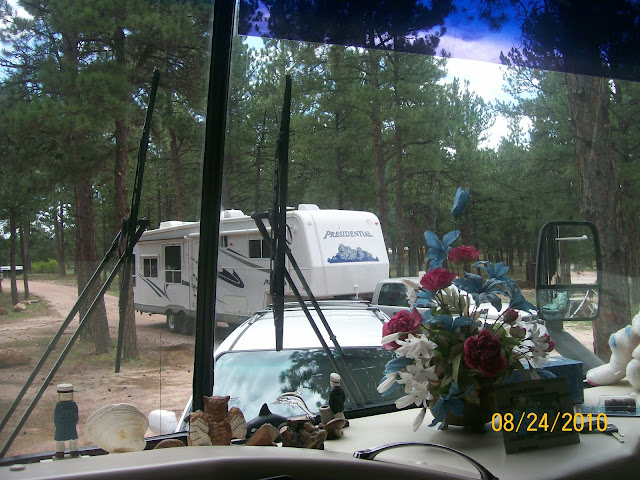 (This view changes. This was aboard the USAF Academy in Colorado)


In that respect we RV’ers are ‘nearly normal’.  Our neighbors or WE, move every two or three weeks. I thought of this as I watched the neighbor across the street here in Kissimmee pull out. I never spoke to him. We smiled and waved, and then in a few days he is gone. We may possibly see him again, but most likely not.

Sherry was raised on Mill Hills.  I was raised around them and most of my friends were from the Mill Hills. Back then, even if a neighbor moved, it was usually across town to another Mill Hill and you would still see them in town, at the grocery store or at school.

We used to smile at Sonny my buddy. For about 80 of his years here on earth he never moved over a block and a half. That was to a different Mill House in Paw Creek. He lived in four different houses. One oddity is three of those houses are owned by his family now.

I smiled when I learned that Stevie, Sonny & Colette’s son, bought and remodeled the home in which he was born. Making them owning three. He is/or will rent it out. So he and/or his sister now own three of the four.

Yes, there was a time we Americans knew most everyone on our street. Houses were never locked and keys stayed in the ignitions of the cars. Kids roamed at will and at times you would hear someone call loudly for a boy or girl. Word was passed along until the kid got the word, your mama is calling. Might not be as efficient as the cell phone, but it was cheaper and effective.

Now at this stage of life, I know that period of time is gone. Backyard neighbors, fence neighbors and good friendly neighborhoods are disappearing.

Is it better or worse? YES is the answer.  It is all in the way you look at it.

PS: Cousin Tony sent these little known facts about the USA:
It would take you more than 400 years to spend a night in all of Las Vegas's hotel rooms.  That are over 146,000 rooms. 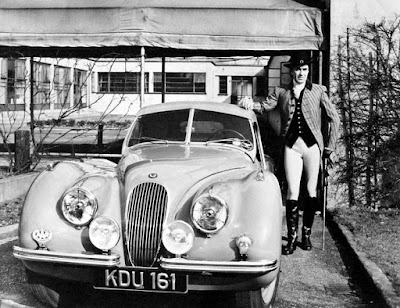 Im lucky enough to live in a neighborhood where were all know each other on the street and we all know whos kids are whos as they play in the yards under protective parents. Today we have new neighbors moving in across the street. The house used to be a parsonage until the church sold it a month ago. So we have been peeping out the windows all day watching and counting them. They are a Mexican family and look to have 3 teenage girls and 2 younger boys. The (all) boys on the street are gonna be exited. The Moms, no so much. Haha.
Lisa

Generally speaking, I've found Arizona's not so friendly ... but we're blessed with really nice next-door neighbors. When Tom was first diagnosed (in 2013) they all pitched in like what I used to read about in 'olden' times. LOL!

As you know, we had to renege on the home in Wetumpka's historic district. I had such visions of sitting out on that great front porch and chatting up the neighbors and passers by.
Oh well, I figure every morning's going to be a grand adventure.

Neighbors are definitely not what they once were. We used to know everyone up and down the street and around the corner too. Now I'm only on the waving hands terms with my neighbors. They are rarely out except to come and go. The few times I've actually spoken to the have been when I was out doing yard work in the summer. They seem friendly enough but remain indoors for the most part. I'm a porch sitter and love to watch the world go by from my rocker on the porch, but there isn't much to see here but the squirrels scampering up and down the trees. It's winter and I have cabin fever.

We had the same neighbors until age sent some way up high after 38 yrs. Families disinterested in keeping the ' family ' homes were from afar, coming long enough to make arrangements to sell....sad but true two directions of us. Now we have new neighbors that are wonderful. We introduced ourselves and they all have since become good friends as well. Bill just received thanks from a couple of them in the form of cookies from one and apple pie from another...he says he'll plow their snow again. We really do and always have had a friendly, trustworthy neighborhood, our kids knowing and schooling with theirs. So it goes in our northwoods where we are so blessed to know ya.
love n' hugs. Have a great week