Ever thought of an Oral History? 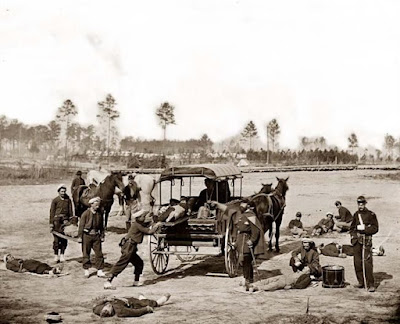 1862 Civil  War Ambulance crew picking up the wounded after a battle.

We had friends over Last night. We played Scrabble. My game.   I have the best 2 and 3 letter words. Most folk don’t like to play scrabble with me because, like in Golf, I  always have the lowest score. Tonight I made them all look bad. I had 27, I felt bad some of them had up to 300.  I did not gloat, I am a good sport.  It really amazes me how easy it is to avoid those double and triple letter places, but everyone else doesn’t seem to notice.  Oh well, I must admit, I am just good.
:-O
Tonight Dallas mentioned the book I had written for the family and our history. He was curious about the modern devices that have replaced the ‘tape recorder’. His reason for asking was that he is considering an oral history of his family and did not know a good media to use.  I also had no idea when he asked.

I am a curious guy. So a few searches (googles) I found many devices that can be used. I was shocked that there are small recorders that can record over 1000 hours for less than $90.00. Wow that shocked me.  I am looking forward to giving him a few pages of results on the subject.

I am a believer in leaving information for our future generations.  Not everyone will become curious, but I am sure someone will. Someone out there may be interested in doing it, and it is not a big mystery. There are many groups with ideas of leaving an oral history, even with pictures. 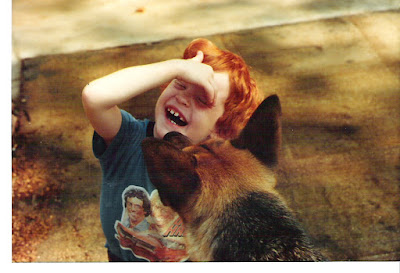 Example; I will never forget. Son Jack married Carol. She was in the USAF, stationed at the Pentagon. She had a wonderful red-headed son. The dude was  easy to love. In a year or so another son, Benjamin Aaron was born. 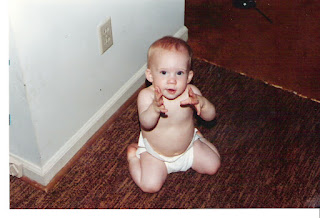 I loved that little dude. I always referred to him as “The greatest boy that ever lived.” I would load up food and milk bottles, diapers and take him to my construction sites. 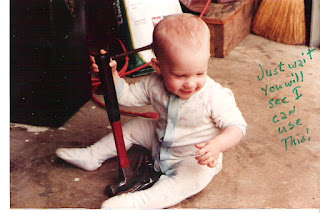 There was a very traumatic happening. Jack’s wife left him, took the boys one day while Jack was at work. She did not leave a forwarding address, state or city. For three years I never heard from “TGBTEL”. He later was embarrassed about my calling him the greatest, so I cut it down to the letters:TGBTEL.

After the shock of his being gone. I had a small tape recorder. The recorder was in my desk and daily, I would talk to him. Hoping one day he would hear them. Over the years I filled many tapes.

YES, he finally did get to hear them when he was probably in the 4-5th grades in school. I remember his first comment after the first tape, “Grandpa, I can’t believe you thought you would never see me again!”

He is grown now. I think I gave him the tapes. I cannot remember what happened to them.

BUT your family history will be important to A FEW of your off spring.

PS: Friend Buddy sent me some good advice and a little sarcasm……
Before you criticize someone, you should walk a mile in their shoes. That way, when you criticize them, you're a mile away and you have their shoes.
******     *******
Historical Cars
Eric Von Stroheimand and his Cadillac 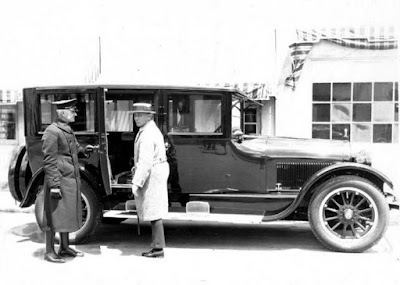 I love hearing about how you made the tape for Ben.
I hope Dallas finds the right device for recording his oral history. Good idea!

That was a wonderful story you shared there Jack - and I am so thankful you two found each other. A woman can't do that to easily nowadays.
You are a great sport at Scrabble. sandie

Your story about Ben brought tears to my eyes ... again.

I just realized, these instruments aren't here by accident. Breaks my heart to realize I can't recall the sound of my father's voice.

Sad story but so glad you two were reunited

All of the history of my mom and dad's family was oral. Sitting around the table over coffee was the way I leaned about their lives and how they grew up. Having it recorded would have been a bonus, but more than that even I think it's good to keep the stories going by passing them along to future generations. I'm sure some things would be lost in the telling, but still story telling is an important way to tell of your family history.

It would have been Dad's 91st birthday yesterday and along with gathering at the farm with Mom, many recall stories went around the room about Dad and his antics, wonderful personality....on and on. It IS important to keep those stories going. It's all a part of what makes up a family. I'm so glad you were able to see TGBTEL again. You bought a tear to my eyes. Good luck to Dallas and his new adventure recording an oral history. I love that idea.
We play a lot of Scrabble. Bill doesn't like it but us gals and Andy are kinda competitive. lol
love n' hugs from up north where we are predicted to get hit today with rain, ice, snow...............wheeeeeeeeeeeeeeee, could go skating!

The tape recorder was one of the greatest things invented. I remember going outside to record the birds chirping and running back in to replay it was the neatest thing ever! I taped my favorite songs off the radio and love messages to the boyfriends. When the "Micro-recorder" came along, I went incognito. It was fun.
Lisa

the tape recorder was a wonderful tool for recording family history. such a sweet story about you and your grandson. it had a happy ending.