And then the Hearst Castle 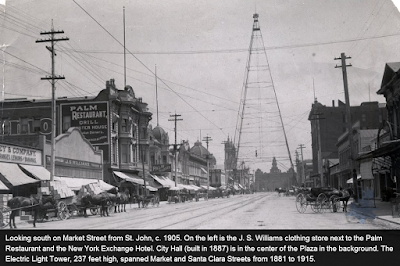 California people can be fun. Once in San Francisco, I was map reading and Sherry was driving (thankfully in the car) “Honey turn left at the next light.”  She did, and was headed the wrong way on a six lane One way street. One driver, I could see, was smiling as we made a U-turn, another driver acted like he was going to ram her. He smiled big and gave a friendly wave, as we got out everyone’s way! 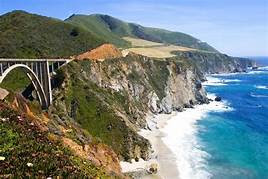 But Imma going to back up to before LA. I want to catch a tale about the coast line. Leaving Los Angeles we found State hwy #1, the scenic route.
The name Hearst became a house hold word when the daughter Patty was kidnapped by the Symbonese Liberation Army and turned her into a bank robber.  Hwy #1 goes by the Hearst Castle. 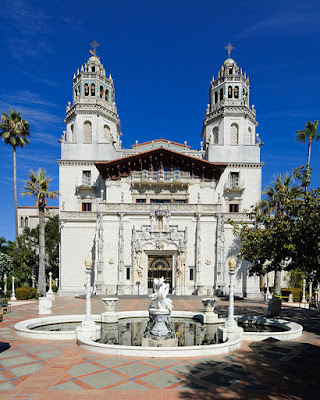 (Casa Grande, the center piece of the Castle)

When we were about 30 miles from the Castle, we heard on the radio that #1 was blocked by a huge mud slide. Very soon we were seeing warnings "Road Closed Ahead." But the girls wanted to keep going. I am saying, “We will have to turn around and back track.” 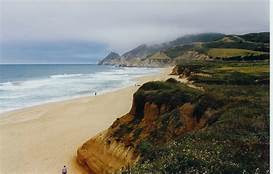 But Sherry, the map-reader says, “Huh-uh, there is a road that crosses the mountains over to 101 a few miles past the Castle.” At the Castle the tour was pricey and much longer than we had time for so we skipped it and headed for Sherry’s ‘escape route. 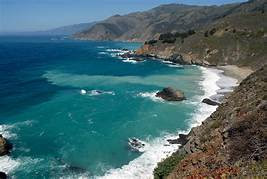 (Have you ever considered how big those Road Closed signs are? We realized how big they were when we saw two California girls stealing one. It was about too big to fit in the back door, but they got it!)

But hey, we found the road. Experienced map reader was right. The road was paved, the mountain was steep. Everyone began to notice there were no guard rails and the drop-offs were 50-200 feet practically straight down. (Did I say both Sherry and her sister hate heights?)  Sherry did look some, but I know Colette was head-down praying! TRUE.

I enjoyed the ride, it wasn’t all that bad. Everyone breathed a sigh of relief as we reached the summit. There were no houses and we met no cars. This state is full of people? BUT where are they? Going down there were less drop offs and very dense forests both sides.

At the bottom what did we see?  Many military tanks in formations and performing maneuvers. Then comes Mr Jeep.
An army Major approached and I asked, “How do we get out of here?”
“Sir, My question is how did you get in?”
I pointed to the road, “We came over the mountain!”
Shaking his head, “No one uses that road, it must be posted!”
“If it is we did not see it. How do we get off base?”
He laughingly gave us directions and we left. The MP’s waved us out smiling. The Major must have radioed them.

1.    California Caverns claims the distinction of being the most extensive system of caverns and passageways in the Mother Lode region of the state.
2.    Totaling nearly three million acres, San Bernardino County is the largest county in the country.
3.    On Catalina Island in 1926, American author Zane Grey built a pueblo-style home on the hillside overlooking Avalon Bay. He spent much of his later life in Avalon. The home is now a hotel.
4.    Reputed to be the most corrupt politician in Fresno County history, Vice-leader Joseph Spinney was mayor for only ten minutes.
5.    The Hollywood Bowl is the world's largest outdoor amphitheater.
***     ******* 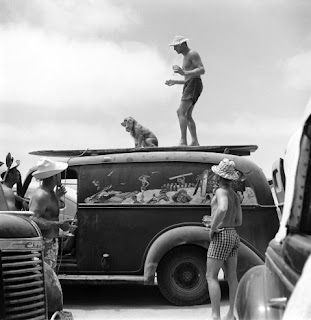 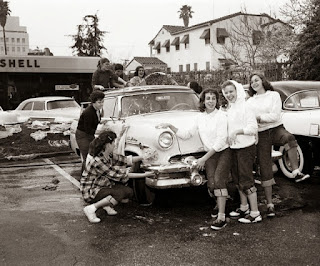 I remember reading this a while back, but heartily enjoyed chuckling once more. (Jus' wait 'til I show this to Tom!)
Mostly, I'm impressed at how friendly the other motorists were when Sherry turned onto wrong-way traffic. These days I recall 'big city' drivers being less than amicable ... it's nice to remember the good guys.

I am not sure what the first picture is.
I think that was just an awesome story - you are a great story teller - going high on the summit and down to a military base. Glad he laughed and helped you get out of there. I have always wanted to take Highway 1 down the California coast. I think that would be so awesome.

I remember Patty Hearst and her story - it was interesting - so got out of that that didn't she?

Not sure which one made me say “Whooah”. Sherry turning onto a one way highway or you guys ending up on an Army base. Both stories were cute funny now that its clear no one was hurt.

With two close calls in California it's nice to know you can laugh about it and tell the tales. Going the wrong way on a busy highway would be scary and going over that mountain road, I would have been praying too. Never have liked heights either. I think it is a wonderful place to visit, but I wouldn't want to live there. My heart remains true to Ohio.

Wow, you posted some incredibly beautiful photos of CA. I drove #101 from San Francisco north to Eureka, and those dropoffs will leave you white knuckled. I toured the Hearst Castle but it's almost 40 years ago, memories have faded! Great post!!!

You have sure made some beautiful memories. thanks again for taking me along for the ride, in my dreams. The coast is gorgeous and the water, WOW. So beautiful. I'm another one that would have been praying right along with Colette. Oh my! Landing in the military grounds had to be quite the trip. lol
I wouldn't have minded being a beach bum. I could have done that quite well.
But, the closest I'd come to water other than our pristine lakes was at the end of the water hose to wash cars. lol
love n' hugs from our northern home to yours. It's snowing. We are supposed to get 7-9 inches at an inch an hour, winds and drifting too...morning will tell.