Historical Photo:
Olive Oatman survivor and captive after her family was massacred. She was ransomed many years later,  chin marks indicated Prisoner.

We spent most of a winter one year in AZ. We stayed a Gila Bend Walked in the Desert until we found the site of the Oatman Massacre. We also visited the Indian Nation where a Hero of mine, Ira Hayes died. He was one of the Marines that raised the Flag over Iwo Jima.

We spent a lot of time in and around Yuma. I visited Sherry in the infamous Yuma Prison. Once, over in Havasu City we drove over the London Bridge! 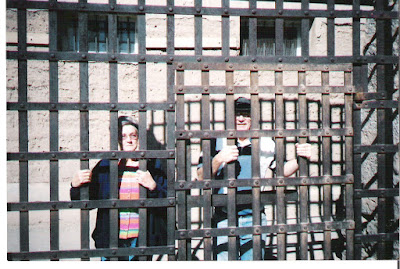 A side note, I had no idea that the ‘Sons of the Pioneers’ were still singing. One evening a neighbor in the RV Park told me about them having a Chuck wagon dinner and entertainment evening in Tucson, so we drove down to see and hear them. Another high light of the trip for us. We drove to Phoenix for groceries. Drove thru a town called Surprise.

I have mentioned many times we also spent a couple weeks in Quartsite, AZ. The population is now about 3,600, but in the winter the population rises to a whopping 2 million due to RV’rs living in the BLM lands (Bureau of Land management.) You can stay for free on Government lands, but there are costs for water and dumping sewerage. If you stay more than two weeks. 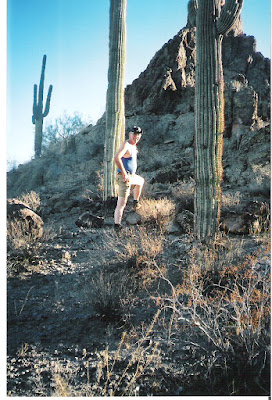 Quartsite’s claim to fame is the grave of Hi-Jolly. The most famous Camel driver with the Calvary. 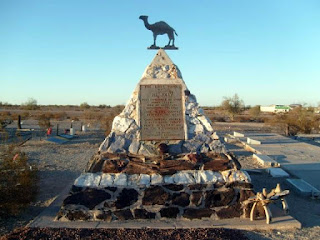 (The Grave of Hi Jolly)
The experiment to use Camels in our deserts was a failure. Not necessarily because it did not work, but we were accustomed to Horse and Mule.

There is no way to cover this colorful state in a few Blog entries. I loved it. I never thought I would enjoy walking in the desert, but I was mistaken. BTW the desert is not ‘sand’ as we Easterner see sand, but it is hard and humans and varmints must be tough to live there.
(Animal paths to water) 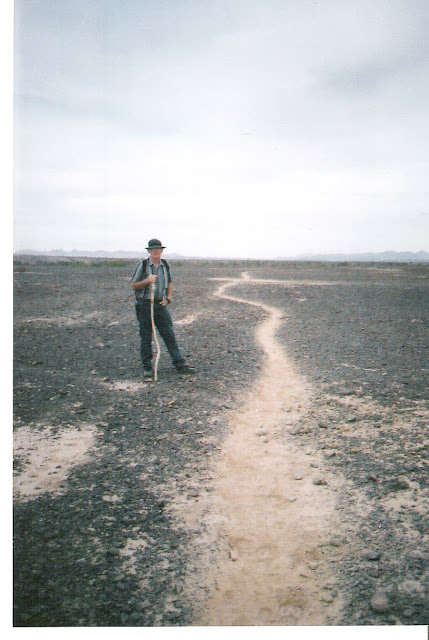 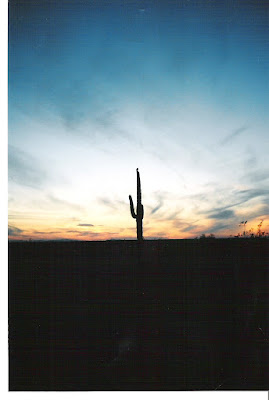 fascinating places, one and all.

You and Sherry have so much interesting info. tucked away in your head. You have certainly lived a great life traveling around.

Sounds like a lot of fun Jack. I'd love to visit the dessert at some point. I hope you were able to bail Sherry out without too many problems. ;)

SO, The London Briidge is really NOT in London?
Lisa