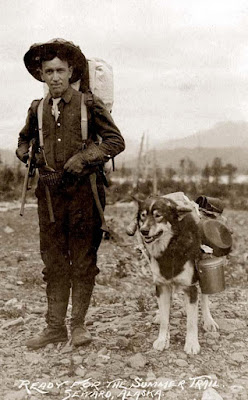 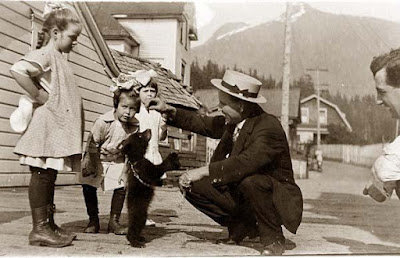 Animals have always been used to entertain!


Fairbanks was the last city we visited in Alaska.  It is a beautiful place. They have an ice carving competition every year. Huge blocks of ice are cut from the nearby river and transported for the artists.
There is a big freezer warehouse where some of the more interesting cuts and the winners are kept to be seen by other Alaskans and tourists like us. I was so impressed by the moose antlers clear ice and very intricate. 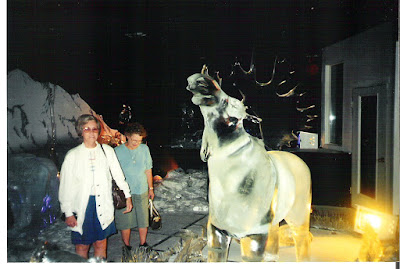 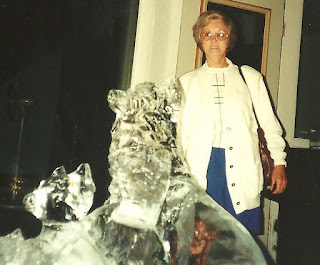 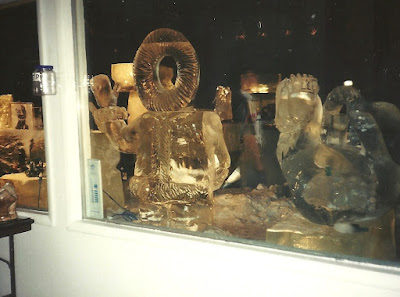 More pieces from the show place 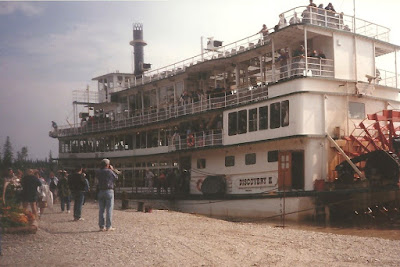 We also took a guided tour on a river boat. Our guides were local college girls, twins. They were delightful entertainers and very knowledgeable.  WE stopped  at a mock village of ‘Alaskabaskans’. It was VERY interesting about the customs and processing of the animal skins that kept them warm in the extreme winters. 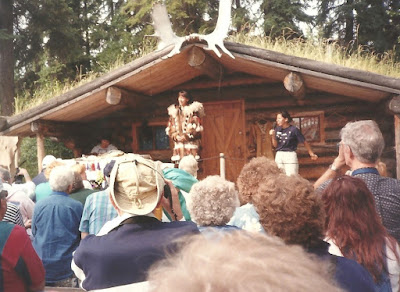 The river boat also stopped at the house where a two time winner of the grueling Iditarod dog sled race lived and trained her dogs. She came out and with a loud speaker gave a quick rundown of her life training for and winning the Iditarod. Very interesting indeed. 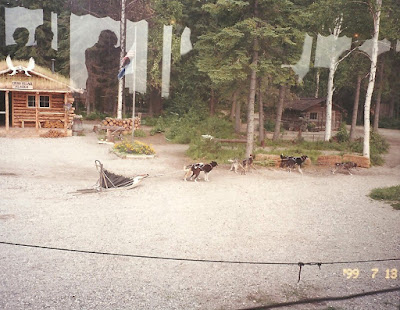 While in Alaska we had our mail delivered at several post offices. The last one was at the border. The post office was in a home. It was closed during the family lunch so we waited there on the Alcan, then picked up our mail. The Postmistress was a very warm and sweet person, apologizing for the delay and said she had been waiting to meet us.

So that was a postage stamp of our trip to the 49th state of the USA. A wonderful and truly great trip of a lifetime.  I would love to go back, but next year we will both be in our 80’s, a 10,000 mile trip is probably not a great idea, THINGS HAPPEN to old folk (they have to pee more often!)!

PS:
In 1926 13-year-old Bennie Benson from Cognac, Alaska designed the state flag.
Alaska's Constitution was adopted in 1956 and became effective in 1959 making it the 49th state.
Nearly one-third of Alaska lies within the Arctic Circle.
The Alaska Highway was originally built as a military supply road during World War II.
The state boasts the lowest population density in the nation.
Alaska is a geographical marvel. When a scale map of Alaska is superimposed on a map of the 48 lower states, Alaska extends from coast to coast.
The state's coastline extends over 6,600 miles.

Even in Alaska,  Antique cars. 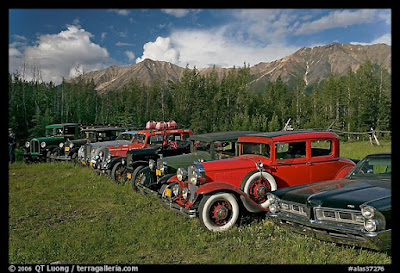 Tracked vehicle, I  imagine this is great for snow, ice and mud. 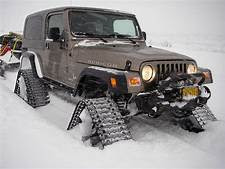 I have always been in fastenated with ice sculptures. They are pretty but always thought they were a waste of money at weddings.

I am so tired - this time change is bothering me - but just wanted to say I am enjoying the Alaskan trip.

I didn't think "things happened" to you and Sherry. In fact I was getting jealous. This subject is very interesting. Its nice of you to take the time to tell us all about your trip to Alaska. Maybe you will get to go again.

Hi Jack and Sherry :) Those photos of the ice sculptures are great! I love that you took a riverboat tour too, how fun!

Thankfully you took a lot of pictures so you can take the trip back in time anytime you want to. What wonderful memories.

Jilda and I would love to go to Alaska. It seems like our kind of place.

Your trip reminds me of my daughter living there in Alaska. So much to see and do that is unique.