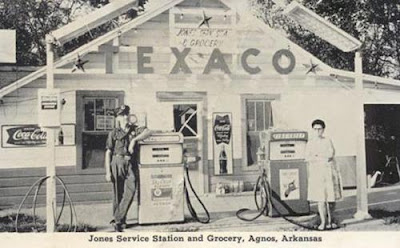 Arkansas is a state we have went through many times, but most of the times, we never stopped. There are three notable times we stopped.  I will consider one here.

One camping on the shore of the Mississippi in a terrible storm.  I have mentioned it several times. We were in a pop up tent camper with Sherry’s sister Colette and hubby Sonny. That is the incident where the wind felt like it was going to turn the little camper over and we had to break camp in a deluge and drive across Arkansas. We were low on fuel after a few hours driving and the rain had not let up. I waded thru 4” of rain water, even inside the 24 hr station. The man took my money and said, “I ain’t pumping in this rain, you will get water in your tank, but you can try to pump it yourself.”  We did, and kept on trucking.
(Before the storm we had some great grilled Hamburgers) 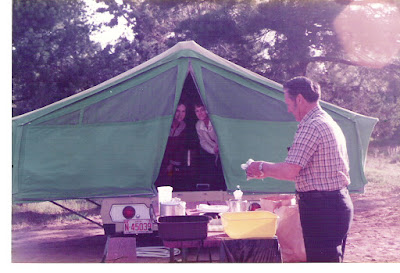 The time we spent in Arkansas, like in most states, I said I wish I had been born here.  You know what I mean. When you are born in a state, it is home to you and there is no way you can get away from it. BUT YOU CAN’T BE BORN IN ALL 50 STATES!

Each state has famous people we all know. One is Sam Walton, a man with a dream that became Walmart. There was Johnny Cash who actually picked cotton in Arkansas  in his youth. “One of his songs has a line, ‘Jump down turn around pick a bail of cotton.’ 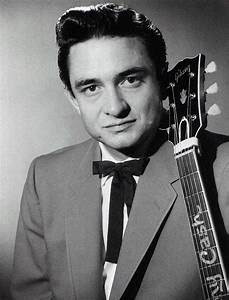 A bale is 400 pounds, it is common knowledge in Arkansas that Johnny did pick a bale a day. Rating him in the top 3% of cotton pickers.

One of my favorite authors is John Grisham. He is from an area of Arkansas familiar to us. He too is remembered fondly. His book ‘A painted House’ was made into a movie .

1.   The community of Mountain View is called the Folk Capital of America. The little town preserves the pioneer way of life and puts it on display for visitors at the Ozark Folk Center State Park from March through October.
2.   Arkansas contains over 600,000 acres of lakes and 9,700 miles of streams and rivers.
3.   The state contains six national park sites, two-and-a half million acres of national forests, seven national scenic byways, three state scenic byways, and 50 state parks.
4.   Since the 1830s the area now known as Hot Springs National Park has bathed notables as diverse as Franklin D. Roosevelt, Babe Ruth, and Al Capone. The park is entirely surrounded by the city of Hot Springs, the boyhood home of President Bill Clinton.
5.   The mockingbird is the official state bird. It was designated in 1929.
6.   Clark Bluff overlooking the St. Francis River contains chalk to supply the nation for years.
7.   Famous singer Johnny Cash was born in Kingsland.
8.   The apple blossom is the official state flower. It was designated in 1901.
9.   The World's Championship Duck Calling Contest is held annually in Stuttgart.
A for Arkansas 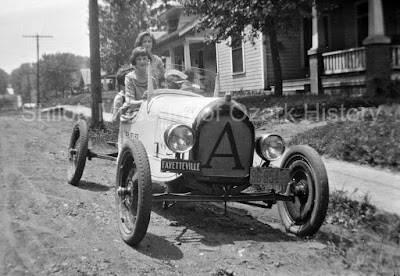 Great photo of the camper and the cookout! :) Thanks for sharing Jack. I'm a big fan of John Grisham novels too, I really like how his writing style and the settings for all of his books.

Love Johnny Cash. I have never been to Arkansas - so you wish you were born there? And you did self serve gas before there was self serve gas!

great stories. and to think now everybody pumps their own gas these days.

I love the camper photo moment. Look at what you stay in now., no getting wet in the coach. Always loved the old gas pumps and want that Coka Cola sign to hang on my barn. Travel onward, my friend and keep us informed about the states we are a part of.
Loven'hugs from up north WI. It's looking gloomy and like rain today to knock the snow down and away. Have a great and memorable week

I do love camping, apple blossoms, and Johnny Cash but have never been to Arkansas. It's true all the states have something wonderful and beautiful. You are blessed to have seen them all !