Historical Photo:
In my heart I see no justification for Segregation. Neither do I see justified condemnation for those who did not understand that statement. I was raised in the segregated South. I wasn’t taught that we should be separate, I just knew it because it had been that way all my life.  My first real friends at 4-5 years old were black. I still never questioned the overall segregation thing. I was probably in 6-7 grades before I heard the word Segregation.

My family was never ‘segregation oriented.’ Mama would send you for a switch if you used the ‘N’ word.  Daddy quit doing business at a service station because the owner would not let a ‘little colored boy ‘pee in a white’s only toilet.

Martin Luther King Jr. brought attention to the subject with the Selma to Montgomery march. In any neighborhood, state or country when you upset the ‘status-quo’ folks just don’t like it, we FEAR change. Flames are fanned by ignorant people who KNOW they are right. Like many heroes, ‘Martin’  was more revered once he was gone.  Now most of us would appreciate a man with his attitude and vision. The BIG CHANGE started in Alabama.

George Wallace, in my opinion, was a very smart man, but misguided by the past! I watched him make mincemeat of a few men in a debate.

In his book ‘Walk Across America’, Peter Jenkins, a long haired hippy dude, walked into Alabama. Locals and  even the State Patrol gave him a hard time. When he reached the capitol he walked in and asked to talk to the Governor. George Wallace actually invited him into the Governor’s office. They talked, Peter came away with utmost respect for a man he had labeled an ignorant ‘red-neck.  After that visit the State Patrol cars would stop, ask if he needed anything, etc. They told him the Governor had put out the word.

History and traditions have caused lots of trouble because of misunderstanding each other. You had to have been here to understand why the south fought integration. It had BEEN so for so long even some Blacks thought it was the right thing to do. As  Mammy Davis (my black friends mama)  in her kitchen in 1944, told me, “Whites and Coloreds ain’t supposed to eat together, when you get growed you will understand that!”

“Folks are going to Alabama with a banjo on their knee”

PS: Alabama, the heart of Dixie:
***The DeSoto Caverns near the city of Birmingham, which contain a 2,000-year-old Native American burial site, served as a clandestine speakeasy with dancing and gambling during Prohibition. 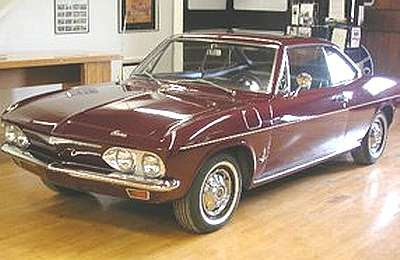 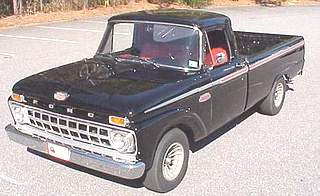 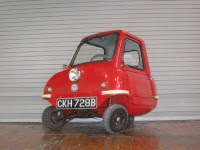 1965 'Peel' Trident, Worlds smallest car from the Isle of Man

WOW, you had a Ford F150 in shee shiny black...!!!!! I loved cars with color until 1998 when I rented a condo on the waterfront in Punta Gorda (west coast) and found that my red car was at least ten times hotter than the landlord's white one. We moved to his hood for my writing a deosit check! Moral of that story, always buy a light colored vehicle if possible...

Peter Jennings I believe was a high school drop out - at least I know he didn't go to college - what a refined man he became.

And you are right Martin Luther was more revered and thought of after his death then before - that might answer why - but it was a sad time - he was a wonerful man with a wonderful family.

Don't know much about George Wallace - he was hit with a bullet and was crippled?

WOW ... what a thoughtful post, Jack. Misunderstanding is a great term.
My parents were both big supporters of George Wallace, but one moment stands out in particular: We were travelling to Florida when my dad - known for becoming lost in some of our nation's finest cities - took an unfortunate turn in Selma. With a Wallace bumper sticker predominately displayed on the rear bumper I thought for sure we were going to die that night. :)

We had to go to San Antonio to shop for anything other then groceries when I was growing up. I never understood why the blacks had to step to the back of the bus and why the one black man in our town had to go to the back door to buy a hamburger at the restaurant.

We can be thankful for changes like that. So true about communication...it's hard to understand sometimes where folks are coming from. Life is full of traditions and customs and it's hard to change the way things have always been done. Having lived up north all my life, I certainly had a different perspective and it wasn't till I was grown that I had the opportunity to visit the south and see how towns were divided. What a time of turmoil it was. Sadly not all race issues have been settled. Truth is we are all God's children, no matter what color and we are all loved.