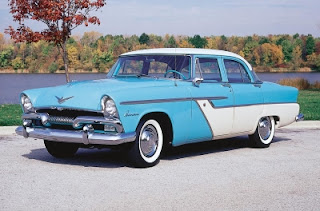 The '55 Plymouth, 1955 was a big year of NEW paint schemes. Until the 50's there were Two-Tone cars, with the top one color and body another.

We all probably have had a book called “My Address Book”. Sherry uses ‘white-out’ (remember that?) for corrections when someone moved. I was talking once with my BIL who moved with his job. I said, “You guys sure mess up an address book!”

His retort was, “What do you think you do to ours?”

It brought to my reality how many times we have moved in our lifetime. At one time we were really ‘odd’, but today’s society has caught up with us, just as we are slowing down. Many people move with their jobs now as compared to years past. I know there are readers here who have grown roots and others who have moved several times just in my blogging life time. The Nomadic lifestyle has always been mine from birth. Sherry’s started when she was 18 and married me.

In moving you learn people are the same, customs and local lifestyles are somewhat different. Being the same, I mean good sweet people and the sarcastic ones. But I find mostly good folk. I smiled at the Eastern NC people who used the term ‘Some kinda’ a lot. When tasting food they liked it would be: “This is ‘somekindagood.’ “ When something happened they did not ‘catch’, it would be: “That is somekindastrange!” etc

Woody, up in NY lately has been eating a wild (veggie) called LEEKS. I think I remember the term ‘ramps’ also. In the mountains of NC there is a VERY STRONG WILD ONION TYPE herb or food called the Ramp. I’m not sure if it is the same thing Woody & Anna Mae cook or not. 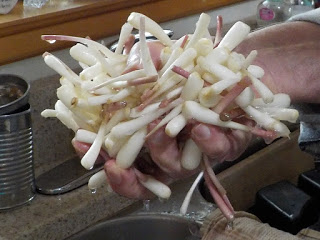 (wild dressed leeks (ramps?)) stolen from Woody's blog.
I remember a story of a flat land preacher who was assigned a Mt. church. At the first service Sister Thomas mentioned to the preacher her husband would not be in church he had had raw ramps that afternoon. During prayer requests the pastor said, “Please remember Bro. Thomas tonight, Sis Thomas reported he has Ramps.”  He was confused when the whole congregation laughed, and then Sis. Thomas explained loudly, “Pastor, my husband Charlie ate some raw ramps this afternoon and his breath would knock you down; that is why he ain’t here.”

When traveling I smile when I see signs of names different from (my) down home: 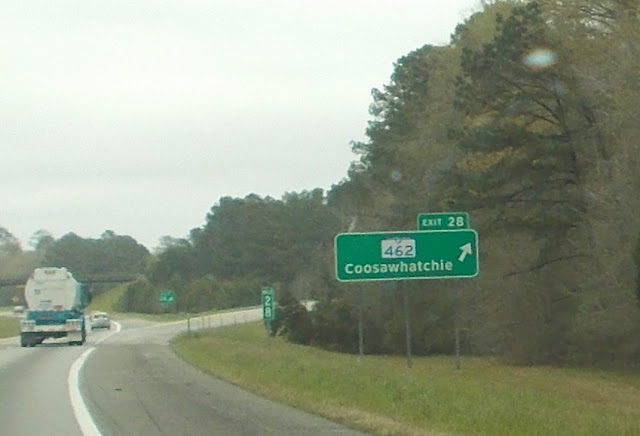 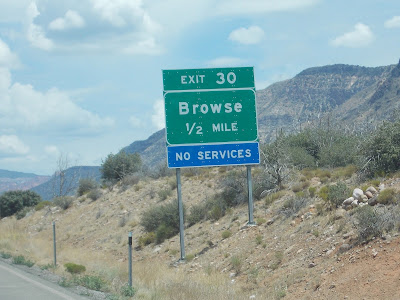 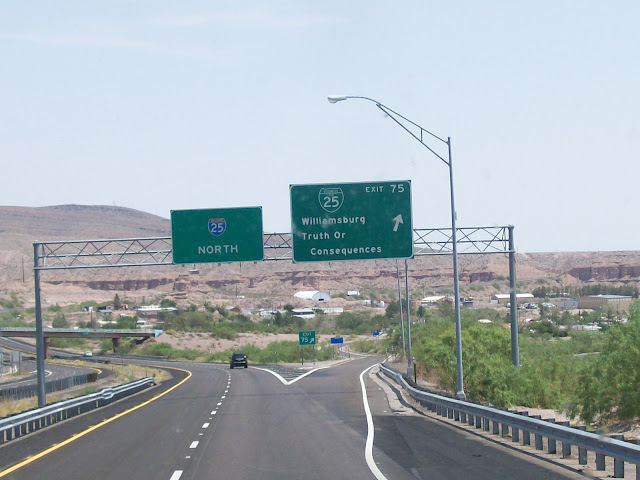 Yep, Signs while traveling, are interesting and some bring a smile.

Lol. I never heard of ramps as something to eat. Must be a terrible smell indeed. So true people are basically the same in all parts of the country but do have their idiosyncrasies of the area they live in.

I've learned to put addresses in my book with pencil. My children seem to move a lot. Then I can erase the old address and write in a new one. I'd never heard of ramps but do love green onions. I think of leeks as an overgrown green onion. I do love onions and don't mind my breath as you cannot smell it through the internet. Ha ! More than not I'll just use breath mints so I can enjoy onions and still be around people too.

Looks like you are having a nice trip.
You know in my address book - I have some people that never move - and the address never changes - and others I have (and it is the same few - lol) - I am always changing their addresses! You are one of those...

That's funny about the address book … funnier still about raw ramps! (Nope, never heard that term.) Just for fun, I'm going to rev-up my memory to count the number of apartments/homes in which I've lived. HOPEFULLY, here on Chapman Road is last.
True story -- Wednesday afternoon Tom was telling our pest control man how he's itching to get his jon boat out on the water. Since this would be a 'first' I piped up, he'd better buy an oar in case something happened to the engine. Well, Paul burst out laughing and said, "I can tell you're not from around these parts. We don't know nothing about oars. They're PADDLES."

My address book is a royal mess...ha! Maybe I'll clean it up one day or buy a new book. lol We were just talking about Leeks yesterday. I found two patches in our woods. I mentioned it to Mom and she said when she was a kid, they always called them ramps. They do have a strong flavor, have mints handy if you eat them raw. We pickled a bunch once but weren't liking them so much.
I prefer to either use half a one in meat dishes. They do add a punch of flavor. What does Woody do with them,? just curious. I wonder if the flavor is tuned down if they're canned?
loven'hugs from up north WI where we are in for very favorable weather the next 3 months....70's with enough rain for the gardens. We'll take it.
Have a wonderful Memorial weekend and thanks again for your services Jack.

My address book was a mess too. I had a lot of blacked out addresses as loved ones passed away. I used to rewrite my address book every couple years then I started putting them in a computer file and make corrections without a mess. Now they are kept mostly in an address book on my phone. Which reminds me...I would like to have your best address. I’m not sure the one I have works anymore.